Truth, Trump and School Days: Our Week in Wisdom 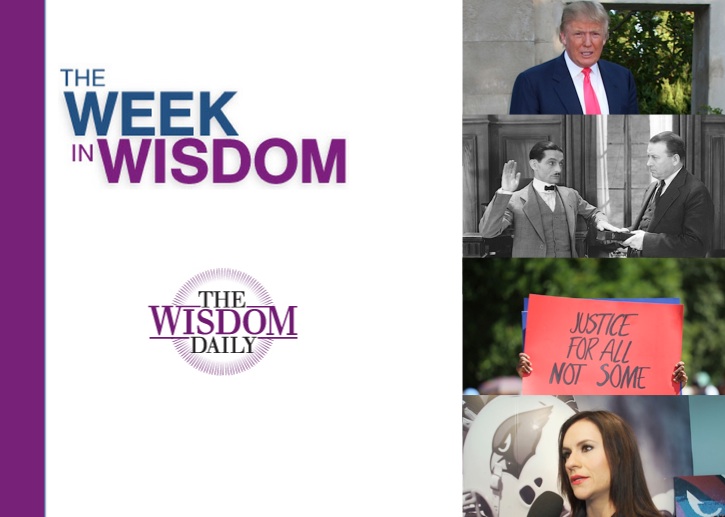 On The Wisdom Daily this week (August 3 – 7), we discussed the longing to uncover painful family history, the Ferguson uprising one year later, the disruptive effect of the Trump campaign, the intensity of sending a child off to school and the imperative to vote. Did you grow wiser this week? We hope The Wisdom Daily played a part.

When ‘The Whole Truth’ Won’t Fulfill You – Brad Hirschfield

We all know the words “Do you swear to tell the truth, the whole truth and nothing but the truth?” pretty much define how we arrive at just decisions in courts where that oath is used. But is it possible, even for the most well-intentioned, to live up to that… READ MORE

Sounding the Alarm in America: The Legacy of Ferguson – Irwin Kula

First published in 2014 on The Wisdom Daily, this piece remains acutely relevant one year after Michael Brown’s fatal shooting:?In the summer of 1982, I went looking for a new apartment in St. Louis (I lived there until 1987, making lifelong friends)… READ MORE

Our “must read” picks this week include an interview with an NFL trailblazer, a new take on Steve Jobs’ genius, smart tips for making the most of your workday, a funny rant about weak opinions, an analysis of guilt versus shame…and more… READ MORE

Excerpted from Forbes.com: Despite all of the hoopla about Donald Trump’s quixotic quest to become president of the United States, it remains highly improbable, in spite of polls, that the Donald will ever sit in the Oval Office… ?READ MORE

The Mixed Emotions of Sending Kids Off to School – Brad Hirschfield

My mother still describes how she and my dad took me to the airport the day I left home for school in Israel. She returned to the house, headed up to my room and sat on my bed as she wept. Having just dropped off my child at college… READ MORE

From Odyssey Networks’ Faith on the Record series: In celebration of the U.S. Voting Rights Act of 50 years ago, we remember how many fought discrimination in order to gain access to voting. Exercising that right to cast a ballot should be sacred in America… READ MORE