Recognizing When ‘The Whole Truth’ Won’t Fulfill You 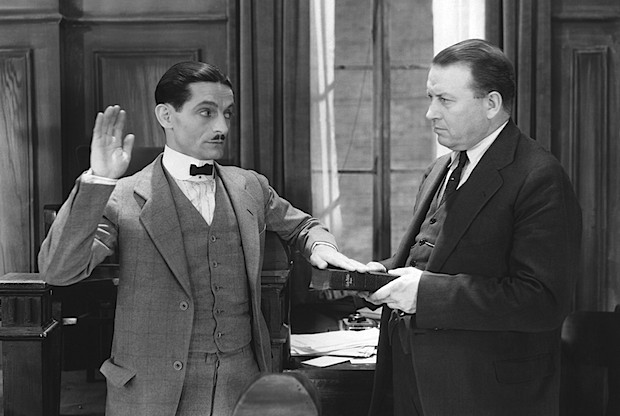 As generations of TV watchers know, the words “Do you swear to tell the truth, the whole truth and nothing but the truth?” pretty much define how we arrive at just decisions in state and local courts where that oath is used.

But is it possible, even for the most honest and well-intentioned people, to actually live up to that promise? Perhaps even more importantly, does it lead to the best outcomes? Don’t get me wrong. I think truth is a really important ideal, and the well-known vow aims at inspiring people to answer fully and clearly, avoiding answers which they know to be misleading, even if technically or partially accurate.

Why demand the truth? He couldn’t articulate an answer, other than insisting that if he knew more facts, his feelings would change.

A long and emotional conversation with a dear friend of mine leads me to believe that the answer may be no, at least in some very important human interactions. My friend came to me about a topic we’d discussed many times in the past: his parents’ divorce, and the suspected infidelity behind it. The issue has haunted him for years, all but undermining his ability to have any kind if meaningful relationship with his mother, who separated from his dad a decade ago.

“I want the truth,” he said. “I really could move on and even forgive, if my mom would finally just tell me the truth.”

Knowing what he meant, I asked him what truth he wanted – and even more importantly, why he wanted that information. “What do you mean, why?” he asked. “I need to know if she was sleeping with Jim before or after she moved out on my dad.”

Again, I asked why. It turns out that he couldn’t articulate an answer, other than insisting that if he knew more facts, his feelings would change.

Maybe they would, and maybe they wouldn’t. The feeling that he could only forgive his mom if she were more forthcoming with him than she’d been in her relationship with her husband made some sense. And I told him so. On the other hand, I wondered aloud, since there are so many life details his mom could share, and so many ways in which she could open herself to her estranged son, did it really make sense to put all that weight on one piece of information?

“But I want the truth,” he snapped back.

“Which truth?” I asked. “Will knowing who she slept with, and when, help to better know the truth of her love for you? Will you suddenly appreciate the complexities of your parents’ marriage, all that they shared and all that they did not?” I asked. He said no.

I wasn’t trying to trap my buddy, or make light of his need to know. Were I in the same situation, maybe I’d have the same need. As he spoke, I was just struck by the impossibility of knowing “the whole truth” about anyone’s life. We may be working against our own best interests, let alone the other person’s, when we make judgments assuming that we can know their entire truth.

Our concern with getting all the information we seek can actually lead us away from important truths, like a mother’s love for her son (however imperfect it may be), and it can get in the way of seeing those things as fully and clearly as that courtroom oath promises that we will once we get the details we’re demanding.

I want The Truth, too. I guess I just imagine that, as important as it is, especially in relationships, the truth will often be much bigger and more complicated than we can ever know.