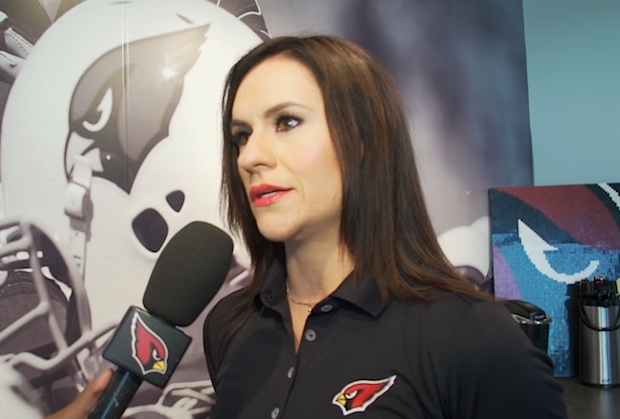 Bringing you more wise insights published elsewhere – quoted here on The Wisdom Daily – our “must read” picks this week include an interview with an NFL trailblazer, a new take on Steve Jobs’ genius, smart tips for making the most of your workday, a funny rant about weak opinions, an in-depth analysis of guilt versus shame…and more.?Whatever’s transpiring in your life, may you find the words of wisdom you need.

“Football was like a religion… I couldn’t possibly know what opportunities there could be. I had to be a pioneer. There was no road map.”

– Jen Welter, the NFL’s first female coach, on growing up in sports (ProPlayersInsider)

“I’d heard about what a rebel Steve Jobs was: a college drop-out who left after just one semester and took a calligraphy course; a rule-breaker, an iconoclast… I wanted to know how he did this. How was he able to take such leaps, to look into the future and imagine what people were going to want? I admired his fondness for simplifying the complicated, bending rules, and questioning the conventional.”

“Spend a few days mapping your energy and engagement levels at work every few hours. People often begin to notice obvious peaks and valleys to their days–times when they feel productive and engaged in their work, and other times when their attitude sours and their energy wanes. Use that information to pinpoint what tasks make you feel motivated and absorbed.”

– Carolyn O’Hara, “How to Fall Back in Love with Your Job” (Harvard Business Review)

“Social media shaming is starting to inform how we, as a culture, agree that something is ‘right’ or ‘wrong’, and it can sometimes be indicative of shifting social norms and trends. In one sense this is interesting… we can see what the culture is interested in changing about itself, and legitimate anger gets expressed. But the impact on the individual person who has been socially shamed, and who becomes the representative of a larger cultural issue, can be stark.”

– Dilia Narduzzi, “Which Is More Crippling, Guilt or Shame?” (Aeon)

5. More Than a Feeling

“You can form an opinion in a bubble, and for the first couple of decades of our lives we all do. However, eventually you are going to venture out into the world and find that what you thought was an informed opinion was actually just a thought based on little data and your feelings. Many, many, many of your opinions will turn out to be uninformed or just flat out wrong.”

“The biggest challenge for me at the beginning was that I was not a scientist or a clinician or gene therapist. I was a mother taking responsibility to build a program and manage it… My being a mother of a patient was strange for some people. [But] just because something has not been done doesn’t mean it is a bad idea.”