Heroes, Leaders and an Ice Rink: Our Week in Wisdom 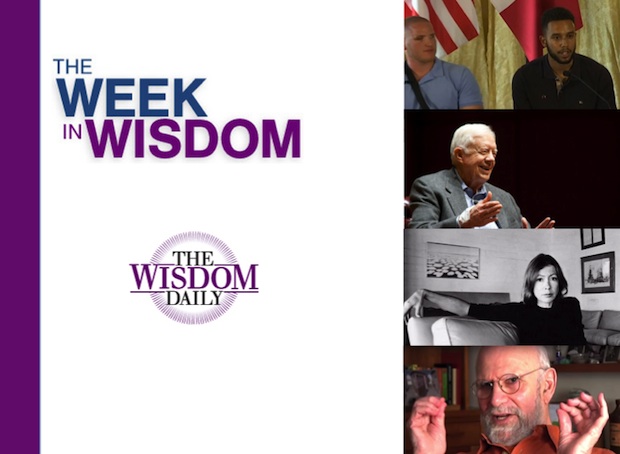 On?The Wisdom Daily this week (August 24-28), we reflected on the heroic actions of train passengers in Europe, the inspiring dignity of President Carter as he faces terminal illness, the value of making peace with the religious traditions of your past, what it means to go through life being hyper-vigilant about injustice and more. Did you grow wiser this week? We hope The Wisdom Daily played a part.

When world famous neurologist Oliver Sacks writes – as he did recently about family, faith and his own impending death – it pays to pay attention. Okay, I admit, I’m biased by virtue of the fact that this amazing doctor and author was… READ MORE

Currently, our 2016 presidential front-runners include a Republican who has essentially bragged, “I buy politicians and they do what the hell I tell them to,” and a Democrat facing criticism about emails and allegations of using her position… READ MORE

Trump: How He Mastered Media Spin by Fixing an Ice Rink – Irwin Kula and Craig Hatkoff

We?best understand the world through compelling narratives. Here’s one to help us process the phenomenon known as Trump for President:?Once upon a time, there was a skating rink in Central Park that could no longer make ice… READ MORE

Heroics on a Train Yield Lessons in Courage – Brad Hirschfield

What’s your definition of a hero? Of course, there are lots of ways to describe heroes and acts of heroism, but today, three names really stand out: Stone, Sadler and Skarlatos. Like so many, I watched the recent media reports as Anthony Sadler… READ MORE

Each week, we find smart reads and new insights to share with readers of The Wisdom Daily. Our latest picks from around the web include pieces about the insatiable curiosity of Joan Didion, the beauty of solitude, the Senagalese chef with Vietnamese roots… READ MORE

The Danger of Being an ‘Injustice Collector’ – Brad Hirschfield

From Odyssey Networks’ Faith on the Record series: A useful detail emerged after the horrific public deaths of TV reporter Alison Parker and cameraman Adam Ward, who were shot while broadcasting live from a bucolic tourism site near Roanoke, VA… READ MORE