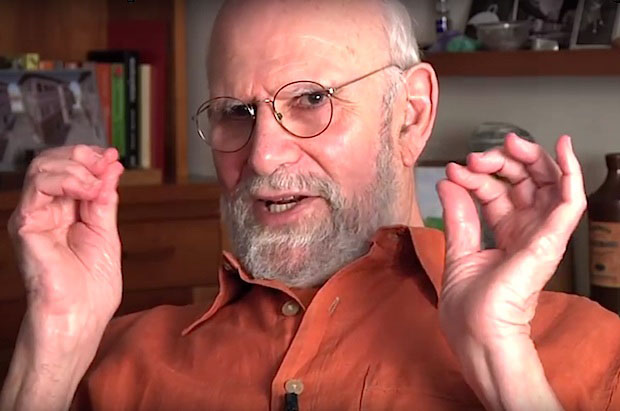 When world famous neurologist Oliver Sacks, explainer of things human, writes – as he did recently about family, faith and his own impending death – it pays to pay attention. Okay, I admit, I’m biased by virtue of the fact that this amazing doctor and author was the friend and colleague of another doctor and author I respect: my late father-in-law, Dr. Harold Klawans (equally as esteemed around the world by colleagues and fans of his murder mysteries, albeit not quite as well known, as Sacks).

They blurbed each other’s books, spoke of the role of medicine in popular culture and shared a deep love of Jewishness married to healthy doses of suspicion regarding religion. All of which makes me think that my father-in-law, who died suddenly at age 60, would have deeply appreciated Sack’s recent op-ed in The New York Times.

The value of any tradition can be measured against its ability to stretch us, to comfort us and to inspire us to greatness.

In retracing the role of religion in both his childhood and adulthood, Sacks reconnects to the power of Sabbath in ways that creates what one of my colleagues, Sinai and Synapses founder Rabbi Geoff Mitelman (frequent contributor to The Wisdom Daily) beautifully describes as “pockets of wholeness and peace.” Like Dr. Sacks and Dr. Klawans, Mitelman also appreciates that the value of any tradition – be it spiritual or scientific – can be measured against its share-ability, as well as its ability to stretch us, to comfort us, to inspire us to greatness and to support us when life doesn’t play out as we might have hoped.

Check out what Sacks has to say in the Times, and then Mitelman’s reflection on it, not for a further explanation of this dynamic, but because in reading their words, you’ll experience how both science and religion offer those very things. Both essays offer wholeness and peace, or at least pockets of them.

For me, I’m reminded of an invaluable gift left by my father-in-law, one his entire family would happily exchange for more years with him, but a precious gift nonetheless: As my wife, her siblings and the entire family learned so very personally and painfully more than 15 years ago, there’s only so much we can do to manage our mortality. But Dr. Klawans always understood that we can fill each moment we have with as much life and creativity as possible, and that choice can create pockets of wholeness, even when things aren’t entirely peaceful.