Hope, Harm and Honesty: Our Week in Wisdom 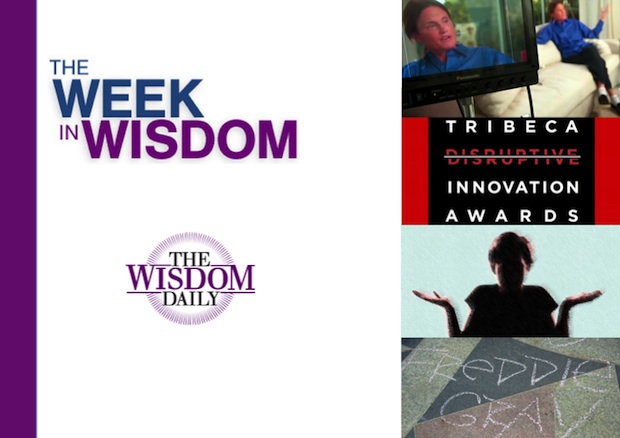 On The Wisdom Daily this week (May 4 – May 8), we discussed the enduring outrage and inequality so evident in Baltimore, the refreshing candor of a reformed racist, the illusion of words being “harmless” because we want them to be, the brave gender transition of a famous American icon and the “Deflate-gate” scandal in the NFL. Did you grow wiser this week? We hope The Wisdom Daily played a part.

Words of Hope and Action, Inspired by Baltimore – and Amy Grant – Brad Hirschfield

Maryland’s governor, Larry Hogan, has called for a day of prayer for Baltimore. With the city curfew lifted by way of recognizing that any immediate threat of violence is largely passed, it seems like the governor’s idea is a good one… READ MORE

To paraphrase H.L. Mencken: “For every complex question there is a simple answer. And it’s wrong.”?It’s entirely human to want to understand something like the rioting in Baltimore by reducing it to a single point, or at least a closely related universe of points… READ MORE

Do?you know who Dixon White is? The proud, self-proclaimed “redneck” is a former racist, and YouTube phenomenon. His viscerally honest, cuss-filled, incredibly discomforting video “I’m a Redneck and I Love America” has gone viral with millions of views… READ MORE

Rise Above ‘No Harm, No Foul’ – Brad Hirschfield

From the playground to the most serious deliberations about living a good life, many subscribe to a definition of goodness that can be summed up as, “No harm, no foul.” In other words: If nobody’s truly harmed by what we do, it shouldn’t be considered wrong… READ MORE

Once tabloid sites breathlessly started publishing photos of Bruce Jenner in a dress, it seemed only a matter of time before our national conversation would acknowledge a kind of “transgender moment.” When he agreed to a Diane Sawyer interview, many were concerned the broadcast would be a showcase for the sensational… READ MORE

An unlikely group was at last month’s Tribeca Disruptive Innovation Awards: ten rabbis. This cohort (of which I was fortunate to be a part) was present through Clal’s Rabbis Without Borders program. For me, as one of the few clergy in attendance, there was…?READ MORE

From Odyssey Networks’ Faith on the Record series: What’s next, now that the NFL has investigated the New England Patriots’ role in deflating footballs? Tom Brady is being scapegoated as Bill Belichick evades accountability, while fans feel deeply disappointed in the cheating. “It is a moment to look at ourselves, and ask… READ MORE