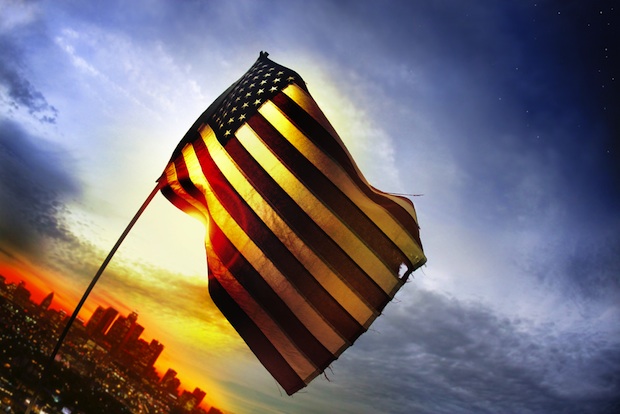 Do you know who Dixon White is? The proud, self-proclaimed “redneck” is a former racist – and a YouTube phenomenon. His viscerally honest, rough, intense, cuss-filled (NSFW), incredibly discomforting video “I’m a Redneck and I Love America” has already gone viral with millions of views.

In the clip, he picks apart “a White supremacist culture that caters to White people,” calls for Americans who aren’t people of color to “reject White privilege” and “to take some responsibility for undoing racism.” And he rails against hollow claims that we live in a post-racial society.

In his words: “I woke up in the morning and I just thought, you know what? I don’t care how I look. I don’t care how fat I am. I’m gonna put my big, country, fat face on this smartphone, I’m gonna get in my truck where the acoustics are good, and I’m going to talk from my heart how I feel about race.”

I had the privilege of introducing Dixon White at the “Anti-Summit” of the Tribeca Disruption Innovation Awards, sponsored by the Disruptor Foundation (of which I’m a co-founder with Harvard Business School’s Clay Christensen, originator of Disruptive Innovation theory, and entrepreneur Craig Hatkoff, who co-founded the Tribeca Film Festival). Our Anti-Summit was a wild, unscripted gathering of some 40+ “Do Tanks” – unscripted, unrehearsed dialogues, joining leaders at all levels, innovators and inventors, designers and developers, makers and marketers, inventors and disruptors, all focused on designing a better world.

Dixon White, whose real name is Jorge Moran, grew up in a small Tennessee town dropping the N-word and espousing racist beliefs. (“It’s how I was raised. I was taught that.”) But at college in Savannah, Ga., the experience of witnessing his African-American roommate be repeatedly harassed and arrested by local police infuriated him. “What I saw him go through was heartbreaking,” he says. “I made an oath with myself and with God that I was not gonna be a product of my environment, and that I was gonna strive to reprogram myself with the truth.”

In a moment in which we understand race matters and tensions about racial inequality have intensified, we do need our experts on the topic – our political scientists, sociologists, politicians, legal experts and human rights activists. But we also need to disrupt the existing marketplace of top-down authorities, and engage in a bottom-up conversation about race. We need innovation applied to race in America.

In response to his videos going viral, White launched a social media challenge – Dixon’s racial healing challenge – so people can post their own videos describing their racialized experiences, and how they’re fighting to overcome the systemic racism that permeates American culture.

The response has been overwhelming. Everyday, with unusual candor and humanity, new people are posting their own videos about their awakening to the realities of racism, and publicly declaring they will stand against discrimination.

Racism is deeply embedded in every layer of our society. It will require major effort, well beyond the political and legal, to transform things. Innovating race relations will require that we crawl into how people tick – beginning with our own embedded racial biases. Like this honest online celebrity, we need to listen, learn, and we need to believe what people of color tell us about their lives in America.

Can we crowdsource authentic dialogue about race – the sort of conversations we don’t often have, but need? Dixon White has modeled the conversation, not by blaming and accusing others, but with trenchant and truthful self-critique.

A “redneck” star has been born!