Should the Boston Bomber Be Executed? 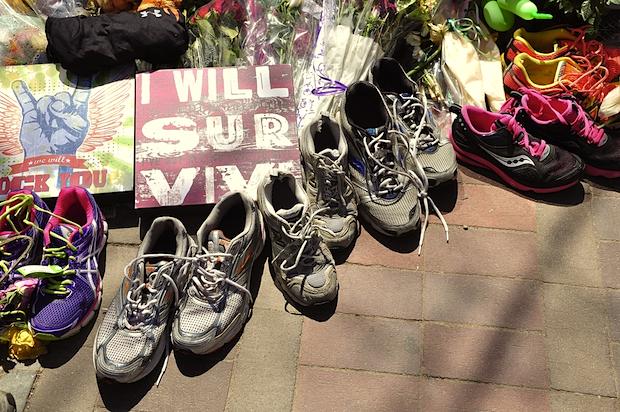 The defense has rested, and now 12 people will decide whether or not to send Boston Marathon bomber Dzhokar Tsarnaev to his death. What would you do, and why?

Despite the prosecution’s best efforts to keep her from answering those questions in front of the jury, the famous anti-death penalty nun (remember the film Dead Man Walking?) Sister Helen Prejean did just that. She told jurors she’s come to believe, in light of her many conversations with Tsarnaev, that he’s “genuinely sorry for what he did” and does not deserve to die.

Shifting the question from what terrorists deserve, to what kind of society we really want, will make us stronger in every sense of the word.

Frankly, I don’t care if he is sorry or not. Either way, I think he should not be executed. For me, the question isn’t (only) whether or not the murderer deserves to die. For me, there’s a difference between what someone deserves and what we have the moral authority to do, on the one hand, and what doing those things does to us, on the other.

I am opposed to the death penalty, even in this case, but not because of who this criminal is or what he deserves. Based upon what we now know about all that he did (killing three and wounding 264 others), I actually think that judged in a vacuum, he probably does deserve to die. But there’s no such thing as judging in a vacuum; there’s no “probably” when you execute someone. And the issue here isn’t simply what the defendant did, or who he is. It’s also about who we are – and who we want to be.

Prejean argued against executing the terrorist, based not only upon his contrition, but by highlighting his basic humanity. For me, our humanity is rooted in something larger than pure justice, and I don’t mean some namby-pamby understanding of mercy, either.

I mean that there’s some essential human quality in even the most monstrous actors, and that, while many monsters must be killed (I do believe in justifiable war), it doesn’t include those whom we’ve already secured and can prevent from ever doing anything monstrous again. If we lose sight of that ‘something’ which is even more important than pure justice, we actually lose sight of something in ourselves and in the world that we ourselves want to live in.

The Hebrew Bible’s first five books declare many things deserving of the death penalty, while only telling two stories in which the death penalty is actually administered. That tells me that when it comes to the death penalty, it’s about something more than the typical debates about who deserves what. It actually shifts the conversation to who we want to be when forced to confront wrongdoing or even evil.

Whatever conclusion you reach about Tsarnaev, and whatever happens to him, we will still have plenty of terrorists to fight. Shifting the question from what they deserve to who we hope to be, and what kind of society we really want, will make us stronger in every sense of the word – both in situations when we do take lives, and situations where we realize we may not need to. At least, that’s what I think. How about you?

A version of this piece was originally published on WashingtonPost.com.