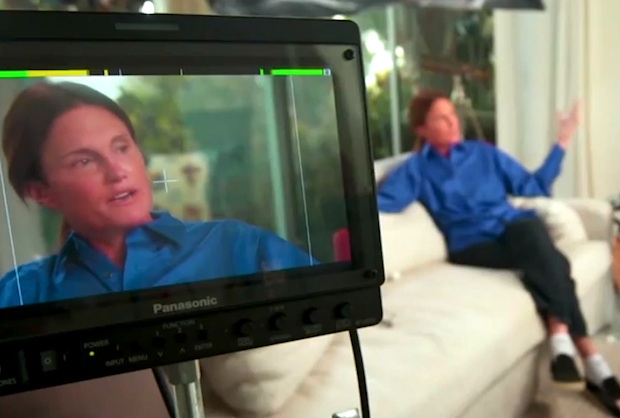 Once tabloids and gossip sites breathlessly started publishing pictures of Bruce Jenner in a dress, it seemed only a matter of time before our national conversation would acknowledge a kind of “transgender moment.” When the former Olympic great and Kardashian reality show patriarch agreed to be interviewed by Diane Sawyer, many were concerned that the broadcast would be a showcase for the sensational – or otherwise belittle the lives of people whose gender differs from the one generally assumed for them at birth.

This fear is rooted, in part, in a history of media and pop-culture references to transgender people as everything from punchline (think Ace Ventura) to tragedy (Boys Don’t Cry). Even as public opinion shifts toward a more open understanding of both sexuality and gender, the number of people who face prejudice, bullying, and internalized self-hatred for aspects of being transgender is critical. And the number of transgender people, of every age and stage, who attempt and commit suicide is devastating.

As social media brings more of the world into view, embracing others’ stories opens us to learn from their reality, rather than impose our judgments on them.

For me, his 20/20 interview with Sawyer managed to be something very different. While never shying away from the particulars of Jenner as a person of extraordinary fame, the conversation showed in many ways that the issue at hand was not what might be seen as something a few people “go through” and a matter of tolerance or open-mindedness. Rather, listening to Jenner talk frankly about his* own self-in-progress revealed what’s at stake in accepting our own stories as authentic. What it means to be real.

From a distance, questions about transgender people may seem like matters of faith or worldview, and for some, they may always be seen through such a lens. However, from inside a person’s own story, gender is another way of recognizing who we are? – no more or less real than religion, race, sexuality or myriad other markers that cannot be pinned down definitively from the outside.

This story speaks to me particularly as a person of faith. I find it somewhat ironic that the same faiths, which teach that the intangible trumps the world that can be seen, have been so often called upon to deny legitimacy to those who, like Jenner put it, know the identity of their soul, regardless of what others see in their body.

Jenner’s story is more than What’s it like to be transgender? or even?What’s it like to feel like a woman stuck in the body of a man? (a feeling that isn’t even part of some transgender people’s experience). His story conveys what it means to accept yourself – and your experience of yourself – as no less real than the identity others assume for you, whether based on anatomy or any other source.

In this same moment in time that Jenner’s become arguably the most famous person to share his journey so personally, other significant stories and personalities have joined the mainstream conversation. Janet Mock, author of Redefining Realness, is one of the?most visible transgender people in the media; she’ll soon sit opposite Oprah Winfrey to discuss her life and the quickly moving landscape for trans people. The made-for-Amazon series Transparent tells with humor and poignancy the story of a Jewish woman?in her 60’s who comes out as transgender to her ex-wife and family – negotiating the challenges of identity that are personal to a trans woman whose three adult children each have their own identities to figure out. And more personal to the Jewish community, the Times of Israel and other outlets reported on a California community that celebrated a boy named Tom Sosnick with a bar mitzvah, marking for him a public transition as someone who’d originally been greeted at birth as a girl.

The understanding these stories and personalities help deepen is that gender identity in general – and transgender lives in particular – aren’t primarily about hormones, surgery or clothing. And as much as they’ve been linked in the public consciousness, questions about gender are separate from issues of sexuality or sexual conduct.

When it comes to what (and who) is “real,” we are, to a certain extent, programmed to look for a definitive yes or no. However, our own experiences and our encounters with others belie the simplicity of a world divided into what’s real v. what’s not. Whether race, religion, sexuality, mental state, health, nationality, gender, relationship… no person’s identity lives separate from interpretation by others (and even ourselves).

As social media brings more and more of the world into view, embracing others’ stories opens us to learn from their reality, rather than impose our judgments on them. These many facets that comprise our individual, complex, authentic selves make each of our lives the ultimate reality show.

*A word about pronouns: In speaking to Diane Sawyer about being a woman and planning to fully embrace that identity at a later point in transitioning, Bruce Jenner made clear that for this moment he remains “he.”