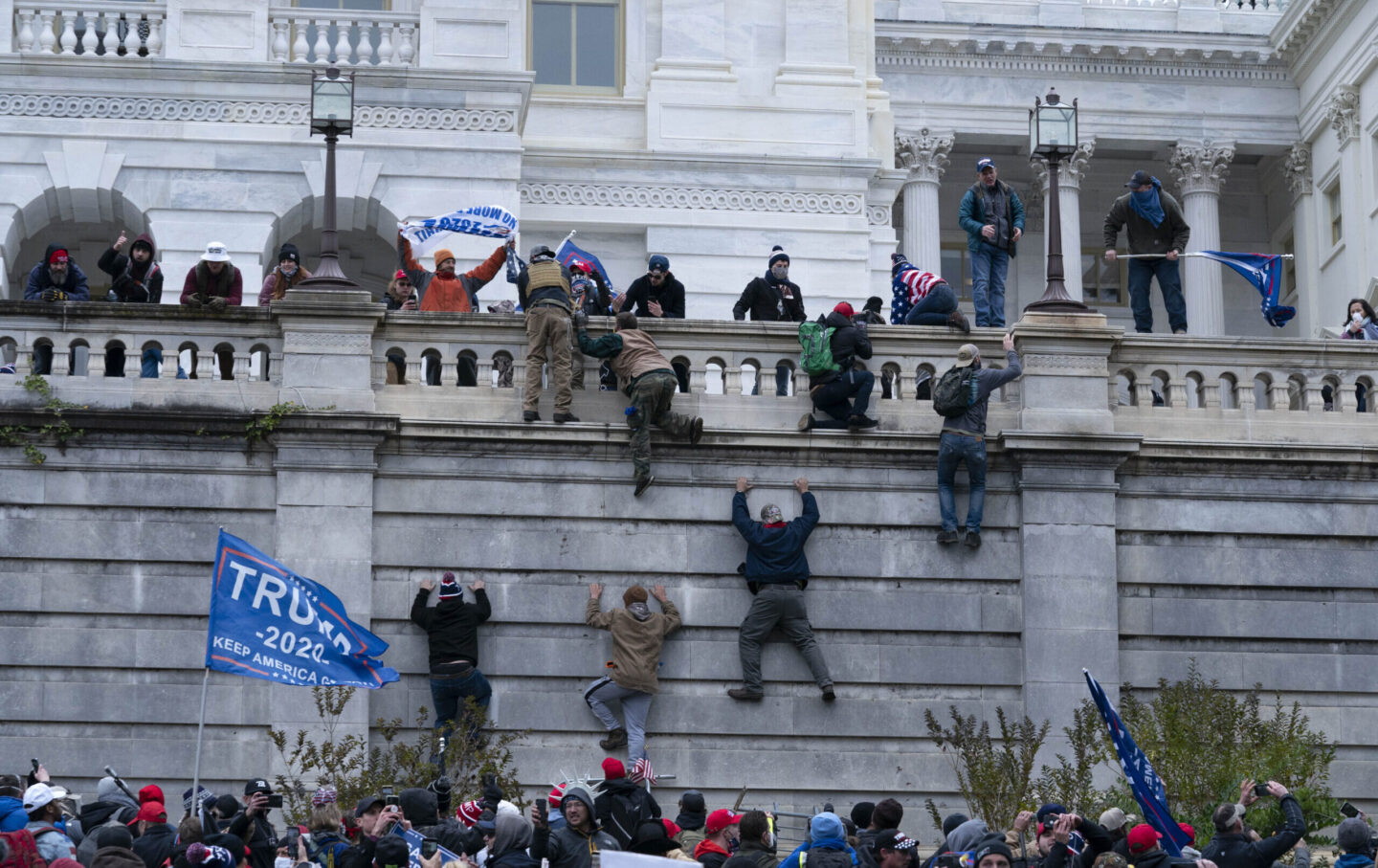 I’ve been obsessively following everything I could about yesterday’s insurrection in the Capitol, from both sides. The narrative on the Right seems to have coalesced into two primary defenses: 1) the invasion of the Capitol was actually an Antifa false flag, 2) that whatever happened yesterday is morally offset by the BLM protests that occurred over the summer.

The first defense, that it’s actually an Antifa false flag, to me just indicates that the person espousing that nonsense is out to lunch. The lights may be on, but nobody’s home. They’re too far gone to be capable of reason. They don’t live in a reality that even remotely resembles the one I live in, and there’s no point even trying to convince them otherwise.

The second defense, though, the one that proposes that the BLM protests (some of which turned violent and resulted in the destruction of property) morally offsets yesterday’s insurrection, really bothers me. It’s as if they believe this is a justified, or at least inevitable if unjustifiable, tit for tat. Often the tone of the conversation implies, “Well, I would *never* condone that kind of behavior, but what could you *possibly* expect when BLM is allowed to riot in the streets and do whatever they want – are we supposed to just quietly accept that our election was stolen?”

What bothers me so much about this is how shortsighted this apples-to-apples comparison is. As if all instances of violence and property destruction are directly equivalent and therefore cancel each other out. As if the presence of violence means we get to just ignore the underlying ideas and causes that led to that violence. While I do want to make clear that I don’t think violence is a good way to solve our problems in a country that offers us ample opportunity for alternative methods of problem-solving, that does not mean that these situations are comparable.

What was so disturbing to me about yesterday was not the fact that a building was breached, some shots were fired, and some people had to run away. It’s what caused that to happen that disturbs me. It disturbs me that there is a significant enough segment of the Right that either truly believes or is more than happy to weaponize the idea that the election wasn’t real. It disturbs me even further that among the segment that doesn’t believe that, there are plenty of people who are willing to defend the segment that does.

All I could think yesterday was about how I can’t imagine how we have an election going forward. Since this idea that our elections are invalid has been seeded so widely and clearly taken root, I don’t know how we go on conducting elections in the future. Is this going to happen every time we have an election now? A country can’t function like this. During the next presidential election will the winning party also require a majority in Congress to ensure that the will of the people is upheld? Will every transition of power involve an armed insurrection? Will this start happening to downballot elections in state houses?

What happened yesterday symbolizes the beginning of the downfall of a republic, and that’s what scares me about it. Not that some guy in fur and period-inaccurate Viking horns walked through a building, but that what happened yesterday and the events and ideas that led to it are the sign of a fundamentally unstable democracy. The goal of the insurrectionists was specifically to overturn the results of the election, despite 60 court cases attempting to do the same failing thanks to rulings by judges appointed by both parties, despite recounts, despite the Justice Department swearing up down and sideways that there was no evidence of election tampering or fraud.

There is clearly a significant enough presence of people in this country who do not believe in our democracy and therefore no longer feel bound by it.

The Black Lives Matter protests, by contrast, were not an insurrection. Some were riots, but the ideas underpinning the movement itself – the ideas underpinning the cause of the riots – were far less dangerous. The movement’s cause was the belief that police in this country are part of the system of racism that disproportionately targets Black people and communities. It should be noted that much of the violence of those protests was instigated by the police who often didn’t wait for the protests to get violent before themselves becoming violent, but started it at the slightest provocation.

Asher Lovy is an outspoken abuse survivor, and director of community organizing for ZA'AKAH, which raises awareness about child sexual abuse in the orthodox Jewish community, and advocates for legislative reforms.