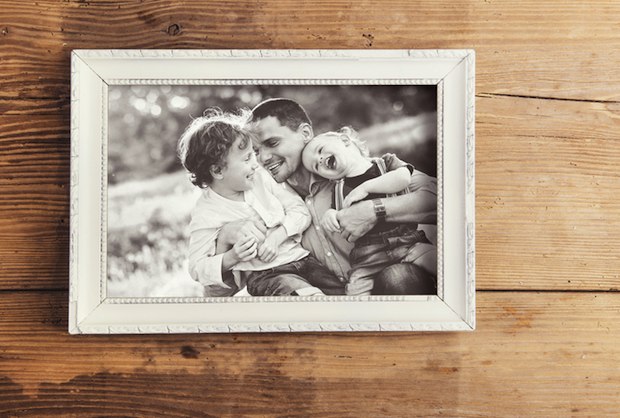 Father’s Day (June 21) is close at hand, so to launch a new week on The Wisdom Daily, we’re sharing ten uplifting, funny and poignant insights about the fatherhood experience – kicking off the list with two quotes from our co-founders, Brad Hirschfield and Irwin Kula. Whether you celebrate the holiday in appreciation of your dad, your kids or an influential father figure (or all those relationships!), we hope you’ll find words of wisdom here.

“How sweet, those two or three games a year my father would take me to. He would tell me in the morning that we were going to the game that evening, and the whole day was filled with anticipation. I don’t know what was more important – the drives back and forth, sitting in the front seat with my father talking about baseball and life, or being at the game together rooting for the home team.”

– Irwin Kula, “Opening Day and My Father” (The Wisdom Daily)

2. His Love Lives On

“My own father was a loving – and beloved – man. Don’t get me wrong, he wasn’t perfect, and we had our share of challenging times, but neither my love for him, nor his for me, was ever in question for either of us. So for me, to think of God as ‘father’ is actually a tribute both to God and to my dad, of blessed memory.”

– Margaret McMullan, in her anthology, Every Father’s Daughter

“He takes nothing for granted, no minute, no hour, no friend, no family member, no experience… Everything is important to him [but] he learned early on that he had to separate the business and the art. And I think for him, part of his art is being so magnanimous, and nice, and loving. So he’s never going to get rid of that. That’s who he is.”

– Rashida Jones, in a Larry King?interview about her father, Quincy Jones

“Malia and Sasha, and a bunch of my friends and Michelle, had sort of like a roast – a little private roast – each one of them read something, and Malia and Sasha had written out why I am such a wonderful dad. And they had this list, it was so sweet, and one of the items on Malia’s list was: ‘You are just the right amount of embarrassing.'”

“The only way I can describe [fatherhood] – it sounds stupid, but at the end of How the Grinch Stole Christmas, you know how his heart grows, like, five times its size? Everything is full; it’s just full all the time.”

“A father has to be a provider, a teacher, a role model, but most importantly, a distant authority figure who can never be pleased. Otherwise, how will children ever understand the concept of God?”

– Stephen Colbert, in his book, I Am America (And So Can You!)

“My grandfather was a true patriarch. Our family centered around him. This man with only a second-grade education could not read, but his business savvy was well-respected. He knew how to make the little money he had go a long way. He worked as a BBQ pit master until he was 84, and was even featured in the local paper when he retired. He is quoted as saying, ‘I don’t want to stop working even now. If I work, I am happy.'”

“He taught me… to be empathetic. I can’t be bitter, I never have. I’m just not that kind of person. I’m not a cynical, jaded person. And he wasn’t either, you know? He stayed inquisitive and was able to still be in awe of things. I think you have to be. I think it makes a person a better artist, really.”

“My strong determination for justice comes from the very strong, dynamic personality of my father… I have rarely ever met a person more fearless and courageous than my father… He is a man of real integrity, deeply committed to moral and ethical principles… If I had a problem, I could always call Daddy.”