Telling the Story of September 11 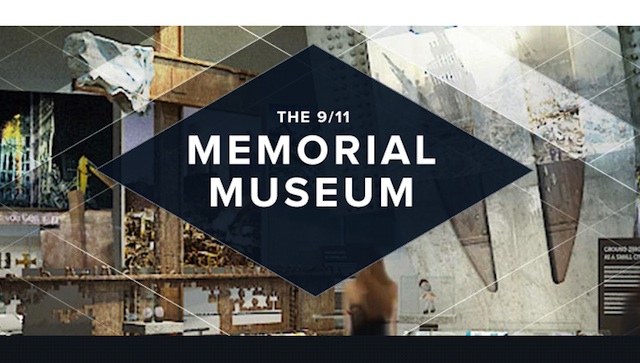 Where were you the morning of September 11, 2001? What was the cycle of thoughts and feelings that churned through you that day? How do you tell the story of those events today? While many people say that it was a day that “changed everything”, do you think it really did? These are just a few of the questions I find myself thinking about as New York City’s September 11 Memorial Museum has its official opening today and opens to the public next Wednesday.

Given the various needs and expectations which this institution is expected to meet, there is no way it will satisfy everybody. In fact, I am not sure it will fully satisfy anyone, but for me at least, that is part of the point. There is no way to neatly package a single story of such magnitude, especially as it is so fresh. I hope that is one part of every telling of whatever 9/11 story each of us has – that like all memory of big events, ours are works in progress.

More than measuring the institution, and specifically how well it balances its simultaneous roles as museum, cemetery and yes, theme park, I hope that people will use the museum, or even the fact of its opening, as an opportunity to do what its creators did – think about how we tell the story of 9/11. Do we tell a story of unmitigated pain? Perhaps one of victimization? Do we tell stories of heroism and compassion? Do we think of 9/11 as part of some larger global cultural-political struggle, or perhaps as a moment which demands the asking of tough questions about our own beliefs and commitments?
For me, the answer is ‘yes’ to all of the above.

There is no one way to tell the story of 9/11. What I try to do when I tell my 9/11 story, and what the museum has struggled beautifully to do, is evoke a range of thoughts and feelings which help us feel more acutely, and think more deeply, about the events we recall – not simply draw us to any one conclusion about their meaning. My own work with tragedy memory – both personal and communal – tells me that that is the wisest way to go, certainly while the survivors still walk among us, and quite possibly even long after they have passed.

To learn more about the exhibits and programs at the 9/11 Memorial Museum, please visit the website.

Please also take a moment and read Irwin Kula’s telling of his September 11 story in Remembering 9/11, originally published here at The Wisdom Daily on September 11, 2013:

A few weeks after 9/11, I found myself becoming so angry and bitter and afraid. One day I was reading the New York Times and came across an article that described some of final cell phone conversations of those who perished on 9/11… I was completely overwhelmed by the fact that in the face of terror and in the dearness of the vanishing moment, not one conversation showed any anger or any desire for revenge. Instead, simply and heroically each witnessed a yearning to love and possessed the faith that love ultimately swallows up death. I set some of those sacred words to an ancient Jewish chant of Lamentations which you can listen to… CONTINUE READING AND LISTEN TO THE CHANT