This Is Real Courage 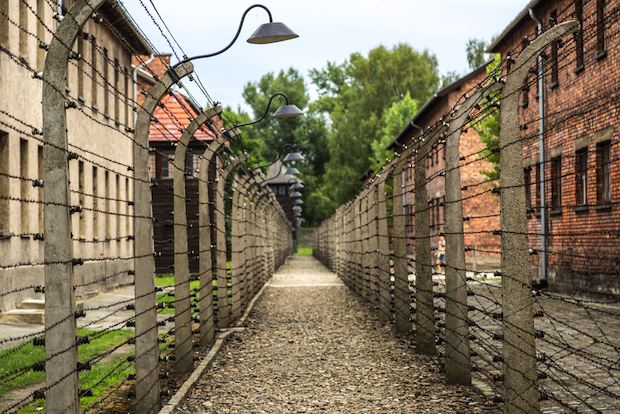 I recently wrote about Palestinian professor Mohammed Dajani’s visit to Auschwitz with 27 of his students. On Holocaust Memorial Day 2014, Dajani spoke on “Breaking Holocaust Taboos in Palestinian Society” with some 100 faculty and students of Hebrew University-Hadassah Medical School. In his speech, he described how his feelings and ideas evolved from the day when a member of his family received medical treatment at Hadassah Hospital, not as an Arab but simply as a patient and human being.

Dajani is the founder and director of Wasatiya, a movement to study and advocate an authentic, tolerant and enlightened version of Islam. His recent class trip to Auschwitz made him – and his students – subject to a vicious campaign of slander and threats, including harassment by the al-Quds university employees’ union. He wrote a courageous letter to the union that I think is worth reading.

On the educational level, traditionally speaking, the Holocaust was never mentioned in Arab or Palestinian textbooks, nor was it taught in Palestinian schools or universities. It is simply totally ignored, even as a part of history lessons. Thus, Palestinians are mostly ignorant of this catastrophic event…” READ HIS ENTIRE LETTER HERE

Futhermore, the student coordinator of the visit to Auschwitz,?Zeina Baraka, also wrote about her experience in a powerful and elegant letter, excerpted here:

“In March, I was one of 27 Palestinian students who visited the Auschwitz-Birkenau death camps with Professor Mohammed S. Dajani Daoudi. When we returned from Poland, the condemnation of our trip–and of Professor Dajani himself–in the media, and on Facebook and Twitter, was deafening. Equally deafening was the silence of my fellow travelers, who were so cowed into muteness by the virulence of the criticism that only a couple came to Professor Dajani’s defense. As the coordinator of the Palestinian team, I am now breaking this silence…” READ HER ENTIRE LETTER HERE

Baraka’s truth is so simple: Respecting the past suffering of the other helps pave the path for peace.

Diplomacy repeatedly fails when no one’s moral imagination is stretched. Perhaps regular people – and that includes partisans in the Israeli-Palestinian conflict – need to be inspired by Professor Dajani and Zeina Barakat: Begin to learn about the other, in ways that evoke some compassion. This takes courage – real courage – far more than what’s required of us to maintain the status quo.