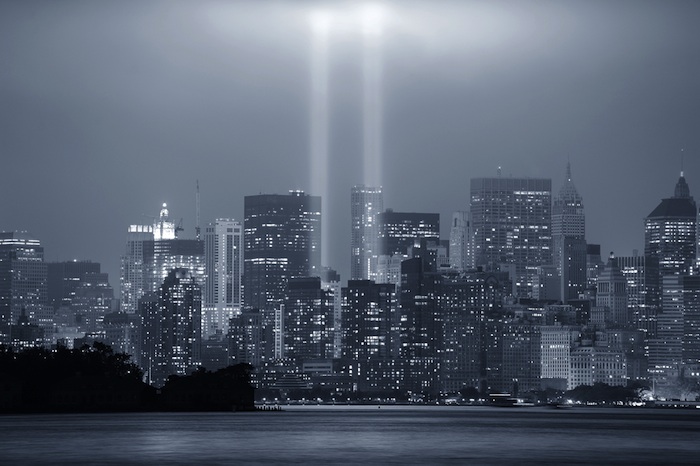 I live in New York City. Two friends, including someone at whose wedding I had recently been the rabbi, died in the World Trade Center on 9/11. The acrid smell came through my apartment windows for days and sacred ashes, which I wiped away with tears, fell on my window sills for weeks.

That day, my children who were 13 and 10 could not get home from school because the subways were closed. They have grown up in the shadow of 9/11 and the fog of war. The world seems far less safe today than it seemed on 9/10/01, though in hindsight, we were not safe at all. So what do we want to remember today as war, violence, terrorism and vicious polarization swirls around us? What memories do we want to preserve at least for today that might ennoble us just a bit?

A few weeks after 9/11, I found myself becoming so angry and bitter and afraid. One day I was reading the New York Times and came across an article that described some of final cell phone conversations of those who perished on 9/11. Because of technology evil people can blow up buildings, but because of technology we also could hear the final words of husbands to wives and mothers to daughters and parents to children. I was completely overwhelmed by the fact that in the face of terror and in the dearness of the vanishing moment, not one conversation showed any anger or any desire for revenge. Instead, simply and heroically each witnessed a yearning to love and possessed the faith that love ultimately swallows up death.

I set some of those sacred words to an ancient Jewish chant of Lamentations which you can listen to now (click here). ?The Biblical book of Lamentations mourns the destruction of Jerusalem and the Holy Temple in the 6th century BCE. ?Jewish practice is to chant the book once a year, the saddest day of the year, in the heat of the summer to a mournful chant. The first word of the book is in Hebrew – Eicha which means How – and invites the community to reflect on how and why such destruction happens. Reading the final cell phone conversations took my breath away and as I read them over and over again, the sad melody of Lamentations came to mind and seemed so appropriate. In chanting them, they became a sacred text.

May their memories be for a blessing and may we all, whatever our politics and world views, do better in repairing this world.