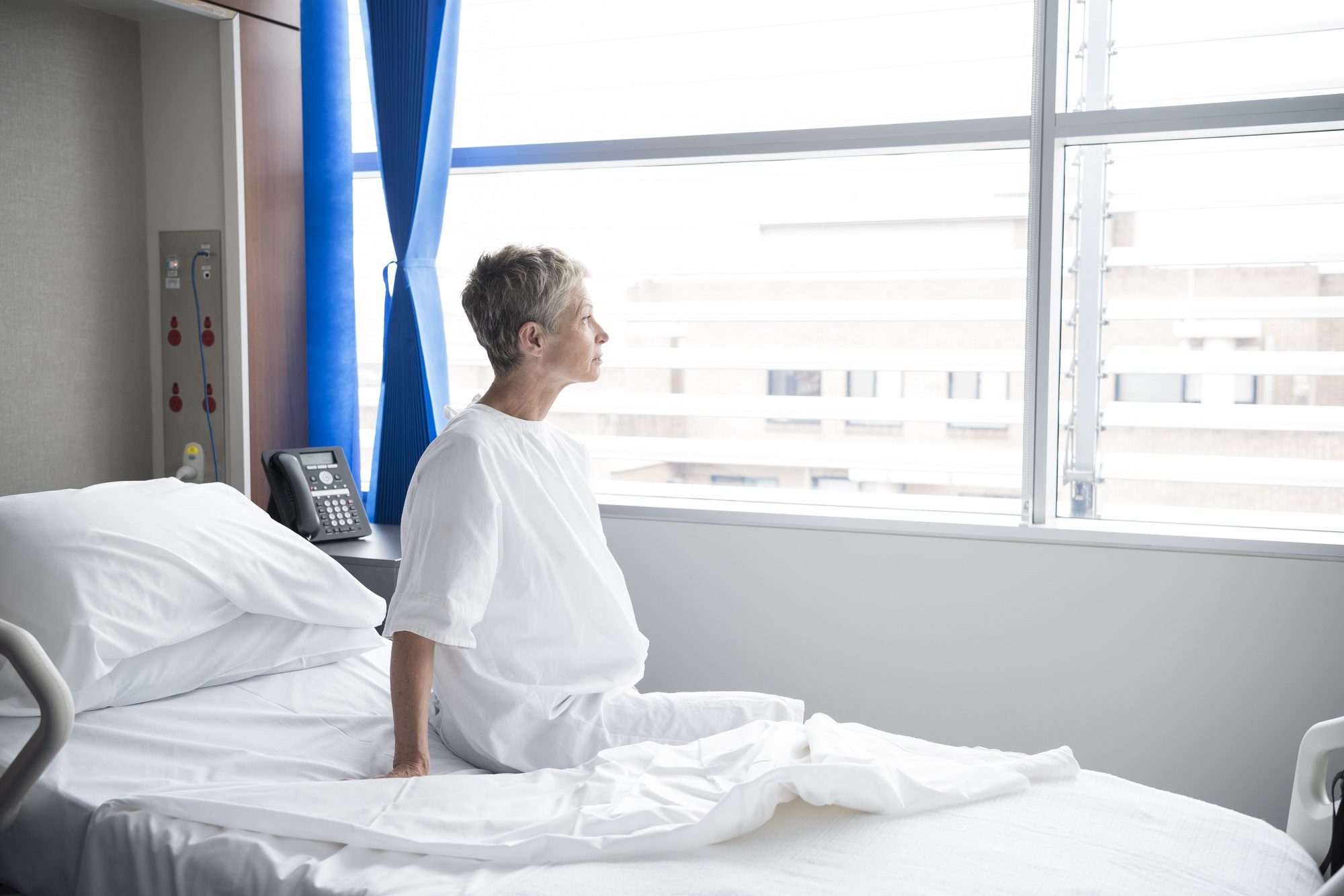 “We are angels with anuses.”

That summary of the human condition, uttered by Rabbi David Ingber at a retreat about a decade ago, stuck with me, even though Jewish practices didn’t. For many, spirituality resides on the angelic end of the spectrum: finding creative flow, living lightly and peacefully, and cultivating connection with the divine. Yet when our anus says, “Yo! Time to go!”, we better listen, even when it interrupts a spiritual or mystical experience. We can count on it to bring us back to reality and to a practical orientation to our surroundings. If it were a spiritual teacher, its book would be called, “The Power of RIGHT Now.”

As a meditator for nearly 10 years who has sat several weeklong silent retreats in Jewish and Zen Buddhist settings, I am familiar with an array of contemplative practices and mindfulness techniques, including using guided imagery. These can help a person slow down enough to discern the still, small voice within and connect with or visualize our most profound desires. Yet sometimes we need advanced imaging equipment to tell us what’s deep inside.

I recently turned the age when colonoscopies are recommended. With a history of colon cancer among ancestors on both sides of the family, I decided to get this rite of…uh…passage out of the way. I’d heard horrid things about preparing for the procedure so I tried to approach it from a higher plane. I reminded myself that, despite the expense, I do have health insurance, something that many Americans either can’t access, can’t afford or can’t take for granted. Perhaps gratitude would see me through.

Three days before my appointment, I began the recommended diet to help my colon sparkle for the exam. Like someone determined to scrupulously observe Passover, I read the guidelines several times. I consumed the permitted “low-residue” foods, scarily reminiscent of the bland, squishy menu at the nursing home my Hungarian great aunt and uncle managed in the 1970s. I refrained from the forbidden ones, pretty much everything I love to eat. Although I’ve divorced myself from sugar and gluten, it became obvious during the prep that I often use organic snacks as distracting entertainment rather than genuine nourishment. To be confronted with this truth gave me pause.

As required, I switched to clear liquids the day prior to the exam. A marathon of drinking tea and broth culminated with a dose of magnesium citrate, chased by copious water. I wasn’t sure how quickly the cherry flavored plumbing potion would take effect. That I slept through the night surprised me. Early the next morning, I forced myself to consume the second dose. To counteract the nausea, I sipped mint tea while huddled under a blanket. My anus, not my angelic consciousness, had taken control. It commanded me to make several bathroom runs in short succession. I obeyed.

It’s humbling, if not humiliating, to be tethered to a toilet, to be starkly and stinkily reminded of our vulnerability and dependence. Decades ago I became violently ill in Turkey when my vigilance slipped and I had a yogurt drink with an ice cube. A high fever and diarrhea ensued. My companion, a male friend, stayed with me until I recovered. While I’m glad he kept an eye on me, I still felt embarrassed that he’d witnessed my predicament.

Since colonoscopies usually involve sedation, the hospital required that someone accompany me home afterward (cabbies and Uber drivers don’t count). I don’t like asking for help and, being single, I wasn’t sure whom to approach. Many of my friends don’t drive, are unavailable during the day or live far away. Eventually I asked my younger brother to pick me up. I used Lyft to get there. Shortly after checking in, an orderly showed me to a curtained area and told me to change into a backless gown and put my belongings in green plastic bags. As I removed my coat and shoes, my gut rumbled like a rapidly approaching thunderstorm. Wearing socks and street clothes, I walked past the crowded nurses’ station to the restroom, thinking it would be my bowel’s last hurrah. Not so. While the nurses chatted and checked their phones, I silently padded between the bed and bathroom several times as if I were on a peculiar pilgrimage of purge.

When I thought I was in the clear, I put on the gown and lay on the wheeled hospital bed. While a nurse took my blood pressure, placed electrodes on my chest and inserted an IV needle in my right hand, I told her I might have to go again.

“Just use the call button and we’ll unhook you,” she said.

Two minutes later, I pressed the red button. The nurse, attending another patient, raised her eyebrows. I raised my hand to let her know I meant it. She sent an aide to disconnect some wires and hook the IV bag to a wheeled pole. The tubes became tangled, and she spent what seemed like an eternity straightening them out.

“Can’t I just hold the IV bag in my hand and go?” I asked, fearing I might soil myself. I didn’t need the pole for balance.

I had forgotten my Zen teacher’s advice to treat challenging moments as “happy blessed opportunities” to end suffering. At her monastery, the guidance is to sit completely still while meditating, no matter what. The idea is to practice going with the flow of life, and not run away from discomfort, even if something is flowing out of an orifice. Still, when my nose began to drip like a faucet during seated meditation, I surreptitiously wiped it, making me a spiritual wimp.

My aversion to hospitals blinded me to the fact that I was in the perfect place to have an accident. Trained staff were available to help. They’d probably seen worse. Still, while I have no problem heeding nature’s call near others when hiking, in that moment my sense of self hinged on whether I’d make it to the toilet, a tall order considering I’d ingested an ungodly amount of a purgative. Luckily, the aide unraveled the tubes. Guiding the clunky pole with my left hand, I walked down the hall. No sooner had I returned to my resting area, than I needed to make another trip. From the perspective of my ego, I succeeded without incident. Still, if how we deal with matters excremental is a proxy for spiritual maturity, I was still in elementary school.

By the time I maneuvered back to my bed again, the cheery gastroenterologist had appeared. She assured me that the worst was over and that I wouldn’t feel anything during the exam. I requested partial sedation so I could see my colon on the computer screen as she performed the endoscopy. Perhaps that would be so fascinating it would make up for everything else.

Another nurse pushed up the railings on either side of the gurney, wheeled me into the procedure room, and administered drips of sedative. I must have been so exhausted from not having eaten for more than 40 hours that even the low sedation put me to sleep. Afterwards, the doctor appeared by my bed with mixed news. The good? She had found and removed a polyp in the ascending colon. While spiritual seekers often err in cultivating higher states of consciousness to bypass unresolved issues, the doctor, alas, could not bypass my…stuff…to complete the exam. She handed me a sheet with five images of my insides, including one of my less than pristine colon, captioned: “Poor prep.” Like a child who had followed instructions for an assignment but received an incomplete grade, I wanted to whine at the unfairness.

The waves of nausea that visited me earlier morphed into cascades of irritation and disappointment that I’d have to repeat the procedure, the next time with five days of a nursing home diet, two days of liquids, followed by the barely palatable magnesium citrate. Although I knew better than to second guess, I wondered if my intestines were so tightly arranged, like a series of sharp S-curves on my favorite hiking trails, that they needed extra time to be emptied. Would taking the cherry flavored cleanser two hours earlier have made a difference? Then a scolding New Age voice popped into my head: “If you had visualized your colon emptying through the root chakra, you wouldn’t have to return!”  Oy.

Of course I couldn’t have known that the guidelines, which function for most people, wouldn’t work for me. That’s ultimately what led me to laugh at myself. As much as I yearn to stand apart from the crowd, I hadn’t wanted to be exceptional in this situation. While the test did not reveal a clear picture of my colon, it did expose some of the inner workings of my psyche. To fulfill my highest vision for myself, I have more internal clearing to do. There is no foolproof protocol for that but perhaps before the next colonoscopy I can practice, ahem, going with the flow.