Can Smartphones Connect Us To The Divine? 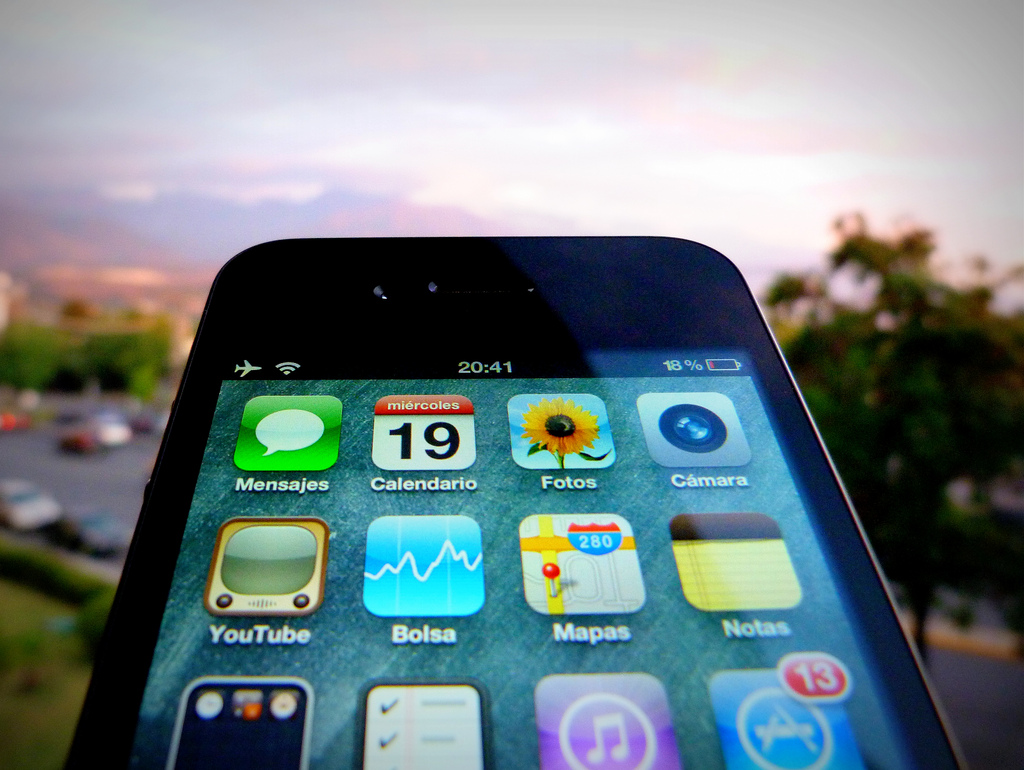 I’m a late adopter. I got my first smartphone less than two years ago. It put me more in step with society while challenging my identity as someone who prided herself on being slightly out of step with the world. As the technology gap began to widen between my luddite self and my peers, I wondered if my stubbornness was costing me connection, spontaneity and fun. When Verizon offered me a free iPhone, I dragged myself into the current century. At first, I didn’t like that the phone had a camera. As a dedicated amateur photographer, I believed I needed to take photos with a conventional one that required me to do more than just point and click.

The first time I used my phone to snap a picture I asked forgiveness from my younger self, the one who shot black and white film, poured and mixed chemicals and toiled in dark rooms on an art making quest. I quickly discovered that my phone’s camera did a decent job for casual photography and, in the case of close ups, performed somewhat better than my digital device. That I only had to carry one electronic gadget made life easier.

In recent months, as I’ve taken to walking regularly, I’ve discovered that my iPhone helps me connect quickly and directly to the natural world. When I walk for the sake of walking, rather than hunting for images, I try not to have a plan or expectations. My smartphone, which fits easily in the breast pocket of my coat, is available should something catch my eye. Lately I’ve been exploring a particular patch of forest, small by most measures, a place that might quickly bore people who want to move quickly or see something new each time, as I once did.

To my surprise, each time I visit, I notice new things. On a rainy day last fall, a large orange mushroom caught my eye. I stooped to photograph it with my phone and decided to seek out other fungi. As I moved slowly and swept my eyes like gentle searchlights over the ground, at least a dozen others, all different varieties, popped into view. I had never seen them before, even though my feet were by then well familiar with these paths. It’s if a whole new layer of the forest began to reveal itself. As I crouched and knelt while brushing away twigs and leaves to better photograph these mushrooms, a quiet reverence filled me, a feeling that often eluded me in conventional religious settings. I thought of others who kneel or otherwise get close to the ground.

Was I, too, engaged in prayer, even if non-verbal, not directed at a particular deity and not part of a formal ritual? Was I in a non-denominational cathedral created from trees and logs and moss? Were my smartphone pictures visual expressions of gratitude for the world around me?

On subsequent walks, I considered if I’d have a different experience with a serious camera that hung around my neck or was slung over my shoulder. I imagine its weight or bumping on my body would distract me, its conspicuous presence might urge me to find things to photograph rather letting images come to me. The unobtrusive smartphone keeps me in the moment, more available to notice the sun as it reaches the ground, reflect off a patch of ice or, from beyond the clouds, gently illuminates tiny mushrooms. It’s as if some greater intelligence is directing my attention to the shapes, colors and textures that appear, tapping me on the shoulder to say: Look here. Aren’t my creations cool?

To bear witness to the constant if subtle shifting of the natural world, to pause and recognize a specific, fleeting moment of sun, cloud, water and earth, is to deeply connect to the rhythms of life and to the divine. With my smartphone camera, it’s also divinely fun.