Empathy, Cruelty and Extremism: Our Week in Wisdom 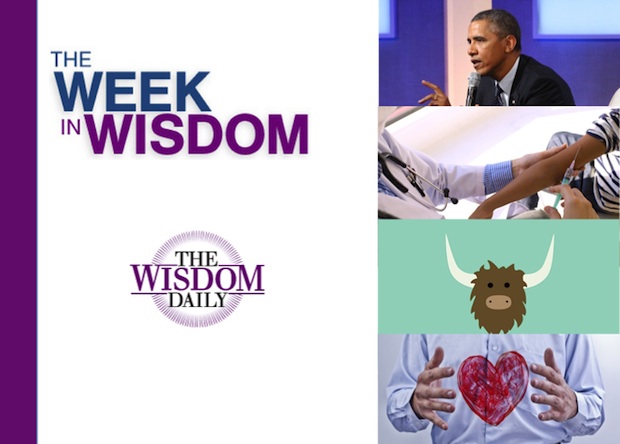 On The Wisdom Daily this week (March 9-13), we examined a book about humanizing the innovation process, an app that’s enabling cruelty, a story on parenting while overwhelmed, and a semantics debate around terrorism. Did you grow wiser this week? We hope The Wisdom Daily played a part.

Innovation, innovation, innovation. It’s all we hear today, as we’re flooded with interviews and talks from academic, business and tech-pop culture gurus. The e-book The Technology of Us cuts through the morass. These smart essays, by some of the most interesting leaders… READ MORE

That great Western The Good, the Bad and the Ugly comes to mind when I think about one of the most controversial apps used by students today. Yik Yak, a social media network with no member profiles, only displays chatter among users within a radius of… READ MORE

Why Not Call ISIS What It Is? – Irwin Kula

Much has been made about the Obama administration identifying ISIS as “murderous extremists,” rather than “Islamic extremists.” The President sees ISIS and dozens of other brutal organizations (every one claiming to be true expressions of Islam) as criminals… READ MORE

I recently read a personal, deeply moving Washington Post piece, “Why Parents Want to Believe in a Vaccine Conspiracy.” The headline drew me in, as it certainly signals that parents averse to immunizations are misguided and even self-deceptive… READ MORE

From Odyssey Networks’ Faith on the Record series: The University of Oklahoma has expelled two students and closed the Sigma Alpha Epsilon fraternity in response to a video that showed racist chants. I wonder if we’re on a collision course… READ MORE