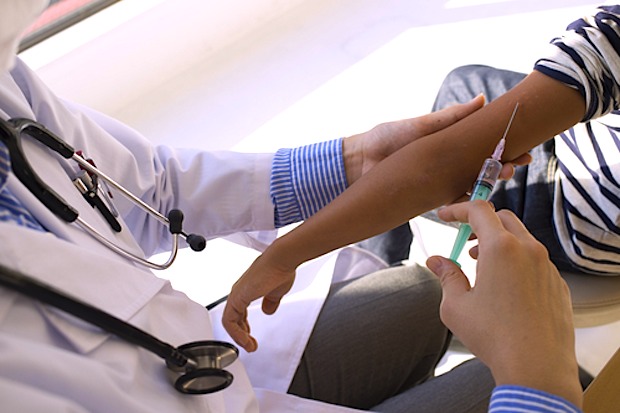 I found myself quite engaged recently while reading a deeply personal, highly moving piece in the Washington Post, “Why Parents Want to Believe in a Vaccine Conspiracy.” That headline on Susan Senator’s essay drew me in, as it certainly signals that parents averse to immunizations are misguided and even self-deceptive.

On the other hand, the author at least engages the error-riddled thinking of those whose views she explains… or is that, explains away? By explaining why people would trust unsubstantiated conspiracy theories as a means to coping with the pain of raising a child on the autism spectrum, Senator risks explaining away the concerns of other parents, and risks substituting a simplistic explanation for what are deemed to be absurd beliefs.

I believe each family needs to figure out what works for them, as long as it doesn’t threaten the health of others.

Don’t get me wrong. I agree that vaccine conspiracy talk is not only wacky, but potentially dangerous in terms of public health.

But I also want to be careful about any explanations which allow those of us who, like them, feel immediately smarter, more evolved or superior to those with whom we disagree – especially when the path to wisdom leads to a happy (happier than expected) ending, as it does in Senator’s story. As she observes about her son, “Whatever caused Nat’s autism did not crush him. He is all there. Still very autistic but growing toward the light nevertheless.”

Contrary to what the author suggests, some scientists still do not agree about a possible link between parent positivity and/or acceptance of autism, and the progress made by their autistic children. Plenty of parents remained mired in the misery of having a disabled child, and they work hard to help their children to achieve more than anyone ever thought they could. Other parents genuinely accept autism not as a disability, but as a different ability; still, their kids are not necessarily happier or more successful.

As one with a child whose diagnosed disability turned out to be far less challenging (or limiting) than we’d been prepared to expect, I can honestly see benefits and costs to many parenting approaches – each of which seems to get 15 minutes of fame. I believe each family needs to figure out what works for them, as long as it doesn’t threaten the health of others. And that is my only real objection to vaccine conspiracy theorists.

At the end of the day, both Senator and those she’s responding to are very much in the same boat. Most of us are, when it comes to the most challenging issues and debates. Naturally, all parents long for a way to make sense of the pain they face. Some (the conspiracy theorists) are drawn to stories of devils and boogeymen. Others take heart in promises of happy, or at least happier, endings. And some parents of neuro-atypical kids simply seek the strength and wisdom to navigate choppy and uncharted waters, which will likely remain the domain of their lives.

Having been each of those parties, at different times in my life, the experience informs me with the knowledge that all three approaches are options, and we can draw on them as needed. Indeed, that may be the wisest way to deal with whatever life throws at us.