What’s To Be Learned from ‘Leaning In’? 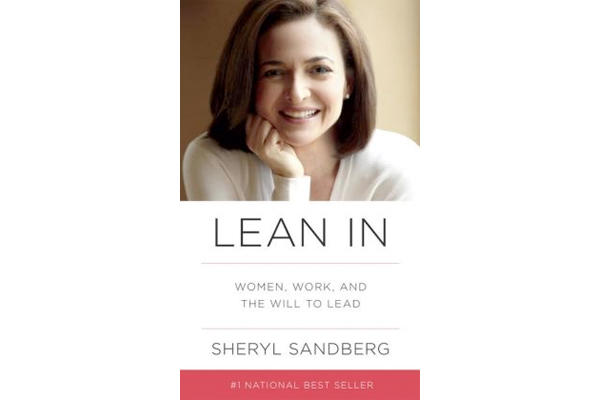 Lean In: Women, Work and the Will to Lead by Facebook COO Sheryl Sandberg created an expected firestorm of national debate. As a “sort of feminist manifesto” (her words) about women in the workplace, lamenting the dearth of females in leadership positions and urging women to be more assertive in their professional ambitions, Lean In evoked a range of responses from praise of Sandberg as the new voice of feminism to questioning whether someone whose net worth numbers in the hundreds of millions and who Forbes ranks the tenth most powerful woman in the world is in a position to dole out career advice about women to women struggling with the day-to-day realities of work and family.

Whatever one thinks about Sandberg there is something about the whole ruckus around Lean In that offers sobering insight into where we are today in America. Yes, Lean In does in fact highlight a serious problem: It is outrageous that in 2013 only 4% – twenty – of the CEO’s of Fortune 500 companies are women. And while it is impossible that serious institutional and corporate structures as well as subtle even unconscious forms of sexism are not, to a great extent, responsible for this Lean In may be good advice for the very elite group of women like Sandberg who want to reach the apex of corporate America, who have every advantage from “god given talents” to loving parents, from affluence to the very best education and who are prepared to “accelerate” and “keep a foot on the gas pedal” and “not even think of unplugging for a weekend or a vacation”.

I am sure Sandberg means well but the attention this book has received is a cultural deflection enabling us to avoid facing frightening and embarrassing truths about the situation in this country for millions of women who are already struggling to fulfill impossible demands.? Lean In is actually a political and philosophical argument with serious implications -especially given Sandberg’s celebrity status – in the guise of self-help motivational language.

Sandberg has weighed in on a longstanding crucial moral question. How much are we personally responsible for where we find ourselves and how much are we collectively responsible for each other? How much individual responsibility do we have for where we are and how much do institutional, legal, economic and political structures limit, shape and enable our lives? ?Liberals tend to see our lives as shaped by collective forces and structures? – think of the labor, civil rights, or women’s movements that were central in removing structural and legal impediments and creating opportunities for people.?? Conservatives tend to emphasize personal accountability – think of the lone individual who against all odds through personal qualities and virtues of discipline, will, and sacrifice pulls herself up by the boot straps.? Lean In is ultimately a conservative call to a very specific constituency – corporate women – to restructure their selves and work “harder, better, faster, and stronger” if they want to get to the top. No talk here of social, cultural, corporate or structural change.

Sandberg is compelling and we all would like to believe that with our own will, efforts and talents we can attain anything but this is only a half- truth. Yes, we need to be personally responsible and accountable and we do have a problem of personal accountability that extends from Wall Street to Main Street, from Washington to Hollywood but no one makes it on her/his own. Society’s structures play a great role in our accomplishments and success.

Yes, every one should Lean In but individuals Lean In confidence will not magically narrow the gap in poverty rates between men and women, which, is wider in America than anywhere else in the world. Leaning In will not change the fact that women are paid 22 percent less than men even when they have the same qualifications and work the same hours. Leaning In alone will not give women access to higher-paying jobs. (Woman are segregated into low paying occupations such as teaching, child care, nursing, cleaning, and waitressing which typically pay less than jobs in industries that are male-dominated.) Lean In assertiveness will not guarantee women receive the support and protection they need to leave violent situations while maintaining job and housing stability.? (Half of the cities surveyed by the U.S. Conference of Mayors identified domestic violence as a primary cause of homelessness.)

Lean In “non stop work” will not change the fact that poverty rates for males and females are the same throughout childhood, but increase for women during their childbearing years and again in old age.

Lean In ambition will not miraculously insure that women in the workforce have affordable child and elder care, as well as access to quality flexible work and paid family leave.

Leaning In will not transform the fact that women do a lot of unpaid work in this society.? The roles of care of children and care of the elderly are not sufficiently recognized, appreciated and rewarded and are paid far out of proportion to what their moral importance suggests reminding us that markets don’t actually reflect what we say we value most.

Complex changes like these require more than individuals Leaning In by and for themselves but by individuals Leaning In collectively to question social structures and norms, to compel public conversations about what we truly value, and to change public policy to align with what we agree is a good life. How interesting it would have been if a powerful woman like Sandberg had challenged the political and economic structures that affect millions of women but then she would have had to realize that as hard and fiercely as she has Leaned In her success is not simply because of her own individual efforts but because she has been Helped Out by other people, by societal structures, and by plenty of luck and grace. She would have needed to want to make waves rather than friends.