What’s In A Name? Perhaps A Great Deal! 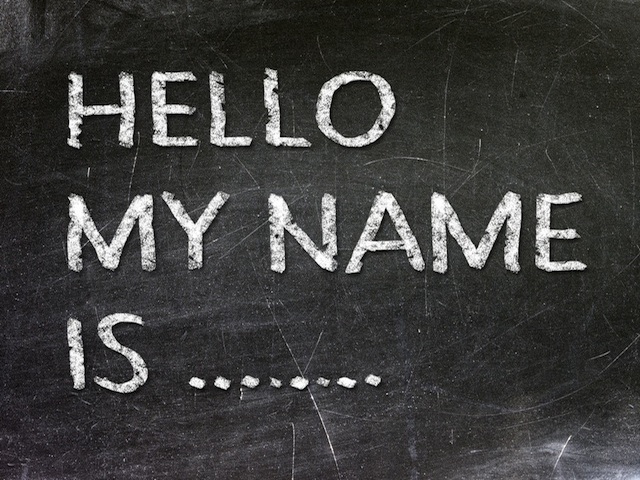 We all know the expression ‘what’s in a name’. Essentially it means?what something is?called can never fully capture the full meaning of what that something?is.?This saying is particularly true for people,?who are surely more complex than any one name or label that gets slapped on them. ?But there’s still a lot in a name.

While true that a person’s identity cannot be reduced to their name,?names?can?matter when it comes to expressing our hopes, dreams, aspirations and expectations. ?Just ask any parent who?has spent countless?hours?choosing a name for?their baby, or people wrestling with decisions about their names after marriage, or people who change their names in the wake of some life-altering experience, or in the effort to help?effect?the change?which?they want in their lives.

There’s a reason that naming books, websites telling people the derivations and meanings of names, not to mention attorneys, can all make money by helping people to pick or change names. ?There is a reason that most spiritual traditions attach huge importance to naming – be it at the time of birth, adoption, conversion or even at times of crises, when the hope is that by picking a new name or adding to the old one, a person can help pick or shape a new life for themselves. ?Names?do?matter.

I will never forget sitting in the hospital with my wife, the day after our third child was born. ?We had picked out a name – a perfectly lovely name?- for our daughter, and were filling out her birth certificate. ?We got to the line about her name, and I was about to write down the name we had chosen when I dropped the pen and ran over and lifted the baby out of her bassinet and looked into her eyes. ?”That’s not her name,” I said to my wife. ?To which she responded with her typical calm, “Okay, what is?”? And with all of my heart I answered, “Adina” –?hebrew?for gentle one or delicate one.

Honestly, it was more intuition than anything else that was driving me that morning. ?Though it was also being stuck by a kind of delicacy about this baby?- a delicacy that I had not felt in her sisters. ?Not a weakness, but a genuinely delicate presence which needed to be recognized and celebrated.

Happily, my wife agreed, and our new daughter had a new name. ?Did it matter? ?Of course, there is no way of knowing, but I do know?that the feeling I had that day was as deep and real as anything I have ever felt, and I know that I am not alone in having a story like that.

So what’s in a name? ?Do they really capture all of who we are, or have the power to single-handedly shape our destiny? ?Of course not. ?But names are mirrors and containers of some our most deeply held hopes and profoundly felt intuitions. ?They can even be guides, pointing us toward being the person we most want be, or connecting to a cherished part of a family history.

While we should never reduce ourselves or anyone else to their name, it pays to appreciate the power of names and naming. ?So what’s in a name? Quite a lot.