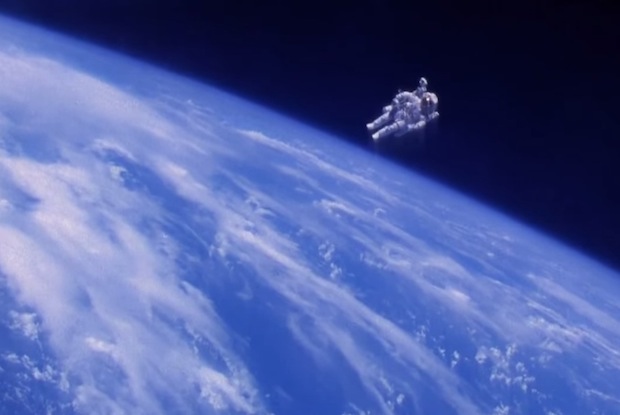 Many Americans today who are asked about the role of faith in their lives identify themselves as “None” – no religious identification.? For me, if I’m honest, religion alone is increasingly not getting the job done (that it used to) of nurturing the virtues we all need in life to flourish: awe, wonder, humility, transcendence, responsibility, kindness and love.

As an eighth-generation rabbi, this is a significant challenge! Lately I’ve been looking at the intersection of popular culture and science for new “sacred” wisdom that works to evoke and nurture these qualities. If this sounds like heresy, remember that the Biblical creation story was “just” the convergence of popular images, and metaphors, and the science of the day in the Ancient Near East. Certainly, it was an innovative story that developed into a sacred tradition – because it got the job done!

Have a look at this brief but breathtaking segment from the Sagan Series called “The Pale Blue Dot,” a passage that’s designed to make us marvel at our place in the Universe and inspire us to care for each other and preserve life. For most Americans, morning prayers acknowledging the gift of life are no longer a living practice, but imagine: What if every morning when we woke to face the day, we watched “liturgies” like this for four minutes?