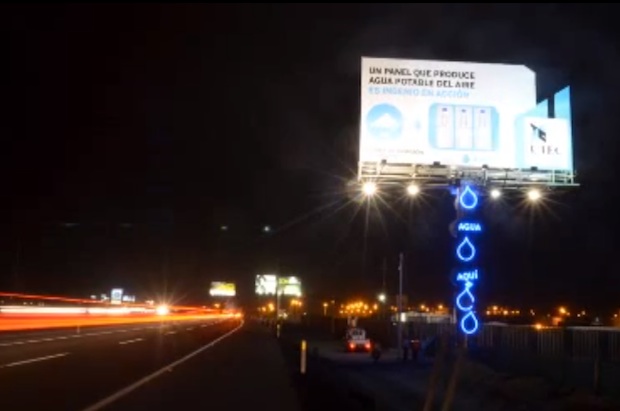 Here is innovation at its best: A billboard created to actually generate potable water from nothing but thin air. And this incredible invention was unveiled in the city of Lima, Peru, a place where a fresh water shortage has been one of the biggest problems for those in the community and nearby villages. The project, developed at the University of Engineering and Technology (UTEC), is inspiring.

Innovation arises when passion and purpose come together, when people collaborate across different domains and expertise and when different technologies are combined. As in the case of this billboard, it happens when imagination meets a genuine problem that needs to be solved. Have a look at how this invention was designed to capture moisture from the air around it, and how its output of clean drinking water has been impacting the lives of local families:

This thirst-quenching billboard that’s helped so many is ideal for the environment of Lima, because of the infrequent rainfall and high humidity in the air. The internal system reportedly cost approximately $1200 to construct, as a promotion for UTEC.

Here in this South American nation, advertising, engineering and science came together – along with perhaps the most distinguishing quality found in innovations that matter: Empathy.