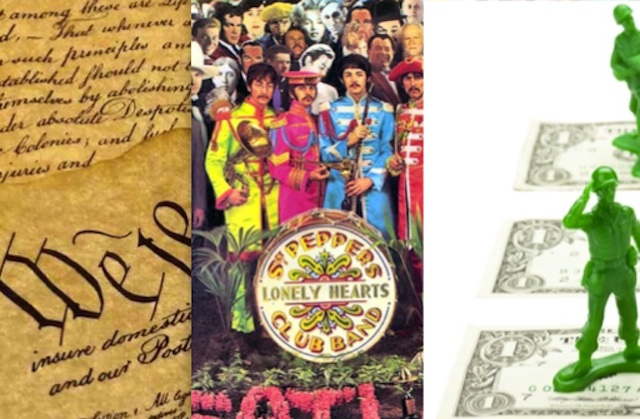 In case you missed them earlier in the week, here are the top three stories from The Wisdom Daily for the week ending October 18, 2013

There has long been the cultural stereotype that children reject their parent’s taste in music. I certainly did.? I eschewed my parent’s symphonic classical music and operas for The Grateful Dead, Crosby Stills Nash & Young, Dylan, The Stones, The Who, The Doors, The Beatles.? Classic Rock, there wasn’t anything better.? Today, however, I’m not sure this stereotype still rings true…? READ MORE

2. When We the People Don’t Vote, We Don’t Have a Voice

Whatever one’s politics, it is pretty clear we have a dysfunctional government in which partisanship and party lines trumps compromise. ?It’s easy to blame politicians, to judge their motivations, but where is our own responsibility?? Where are “We the People” in all of this?? The fact is relatively few of us vote ? less than 60% in presidential years and only 40% in midterms ? which, makes us 120th of 169 countries on voter turnout…? READ MORE

Peace.? It’s not just the absence of war. ?And security, whether it is military, economic, or emotional, is about much more than the absence of an active battle.? “The U.S. economy dodged a bullet today. But the reprieve will be short,” Paul Edelstein, director of financial economics at IHS Global Insight, said Wednesday in an analysis. ?Scary stuff, because dodging bullets is not the same as making peace — just ask any soldier who has gone to war.? We need more than bullet dodging…? READ MORE