The Spiritual Truth I Found In The Starkness Of The Desert 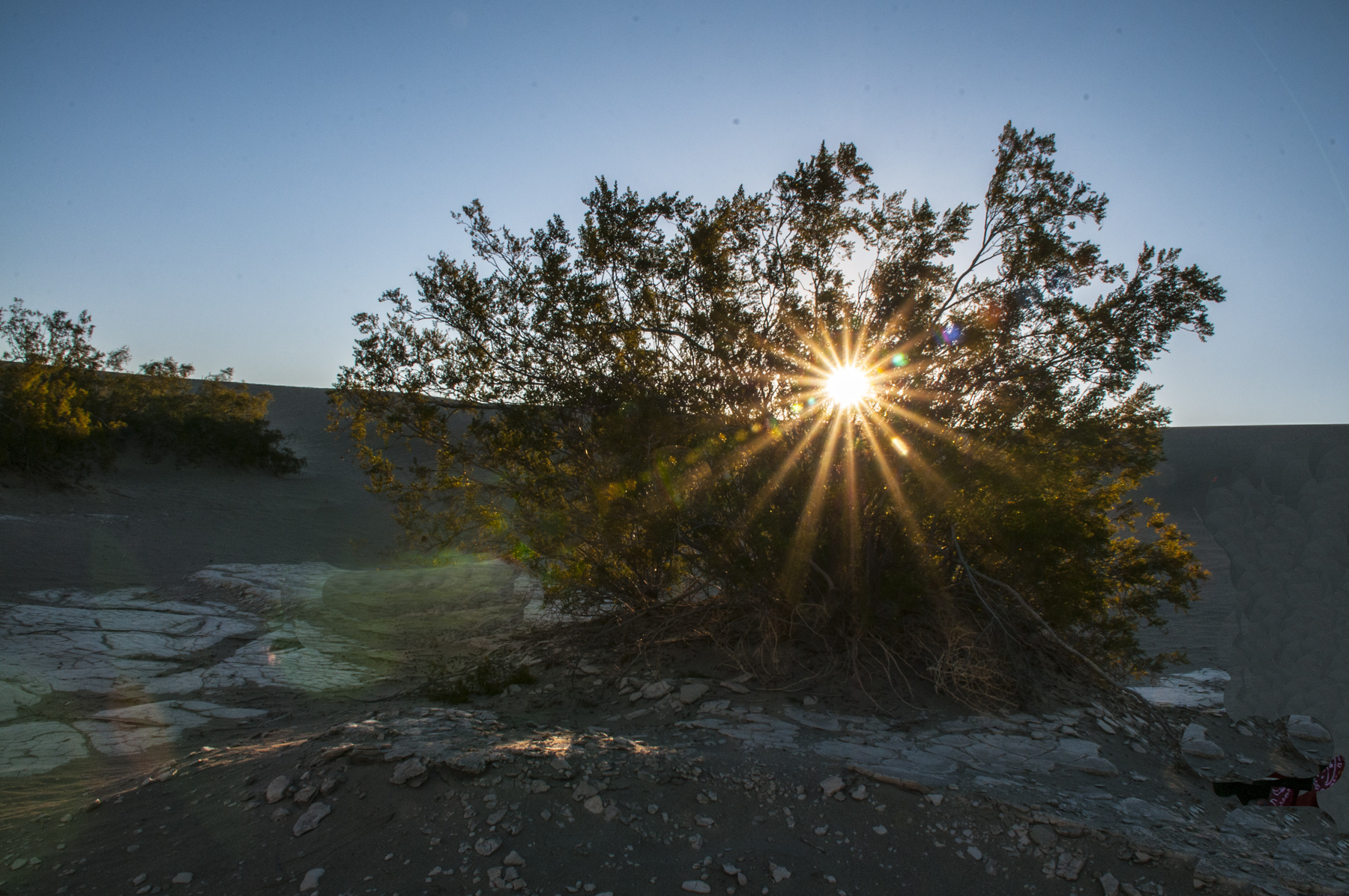 Recently my wife and I visited Southern California’s Joshua Tree National Park.  As we entered the park, we briefly noted the sea of yellow wildflowers covering the desert floor.  I wondered why so many were stopping to take pictures.  Flowers are not so rare on the east coast.  What are called wildflowers in the desert may very well be weeds in the green expanse I call home.

Later we were told that we were privileged to witness a once-in-ten-year bloom.  The winter rains had produced abundant flowers.  We initially took little notice.  We were busy speaking with our son on the cell phone as we drove into the park.  It was not until we lost reception that we began to take in the desert’s beauty.  I wonder how much is missed because we insist on remaining connected to those thousands of miles away rather than the world that stands before our eyes.

It was also not until were told by residents, “We have never seen anything like this before,” that we began to breathe in the beauty.  Why is it as well that we must be told, “This is extraordinary!” in order to appreciate beauty?  The Jewish tradition recognizes this impulse.  It offers a myriad of blessings to recite before the wonders of nature.  There is a blessing for when seeing a mountain.  There is a blessing for a rainbow.  There is a blessing for the ocean.  It is almost as if the ancient rabbis, who composed these blessings, are instructing us, “Get off your cellphone.  You are standing in front of the ocean.  Pause.  Breathe.  Look at God’s extraordinarily beautiful world.  Say, ‘Thank you.”

That’s not of course the words to the blessing, but it is perhaps the intent.  When seeing a blanket of flowers we say, “Blessed are You…where there is such as this in God’s world.”  If we had stopped the car and walked among the fields of flowers, if we had reached down and smelled the flowers, the rabbis suggest saying, “Blessed are You…who creates fragrant grasses.”  But we did not heed their advice.  Instead we pressed ahead to the park’s main entrance.

Unique among their blessings is the blessing for blossoming trees.  It is the only blessing that offers more than a reminder to stop and appreciate nature.  It suggests a purpose for nature’s beauty.  It offers what the rabbis imagined is God’s intent.

“Blessed are You, Lord our God, Ruler of the universe, who has not withheld anything from the world, and who created in it beautiful creations, and beautiful trees, in order that human beings might enjoy them.”  Herein lies the revelation.  The purpose of the flowers is not for the birds and the bees, but instead for our enjoyment.  I am enthralled by nature.  I am refreshed by their beauty.

Stop.  Get off the phone.  Get out of the car.  Go for a walk.  The flowers, and the trees, are there for you to enjoy.

We stopped at the park’s entrance.  The ranger pointed us in the direction of a hike.  Actually he sized us up and said, “You might enjoy this walk.”  And so as we walked, (although I still like to think hiked) among the sands and rocks, we discovered a myriad of colors.  There were yellow flowers.  There were reds and purples.  Everywhere there were blessings.  We could not stop enough.  We could not take enough pictures.  We could barely take it all in.  There were no more email and text notifications.  We were free and alone in the desert wilderness, abloom in a rainbow of colors.

In the desert everything seems so stark.  The rocks have edges.  Even the sky appears to have such lines.  Rebecca Solnit in her book, A Field Guide to Getting Lost, comments, “The world is blue at its edges and in its depths.  This blue is the light that got lost….   This light that does not touch us, does not travel the whole distance, the light that gets lost, gives us the beauty of the world, so much of which is in the color blue.”

And that is the intuition of my people’s book, the Torah.  It mostly occurs on a hike, or a walk.  One might think it too is about getting lost.  Or one might think that it is about trekking to the Promised Land.  But that would be a mistaken impression.  The Torah never gets to where it is going.  It concludes in the desert.  It is all about the wandering.  Its primary location is the wilderness of Sinai.  It is as if to say, “The most important truths are discovered anywhere and everywhere.”  This is its essential truth.  It is not really about where you are going, but where you are–now.

In Hebrew this desert is called the midbar.  It shares the same root as the Hebrew for “word.”  In the desert the word is discovered.  In the wilderness the word is revealed.

Now, no one seemed so far away.   It would be hours before we would once again find a cellphone signal and yet nothing appeared so distant.  The edges of the desert constructed words.  Clear cut truths were revealed. The colors of verses, the contours of books appeared.

Rebecca Solnit again, “There are moments of harmony that rise to the level of serendipity, coincidence, and beyond, and certain passages of time that seem dense with such incidents. Summers and deserts seem best for them.”

The edges of blue reveal.  The sea of flowers remind me.

It was not until we returned home that I discovered the occasion to recite the blessing for flowering trees.  Spring in the Northeast had awakened the trees.  Their flowers showered our home with color.  I stood and recited the tradition’s words.

And yet, if not for a trip to the desert, I might have forgotten this teaching.  Walking among the desert’s colors revealed this truth.  Its starkness made me pause, and breathe in.

The blossoming trees stand again before me.

And for an instant, nothing seemed so distant, no truth so far away.