The Path of Friendship: In Memory of My Friend, Rabbi Aaron Panken 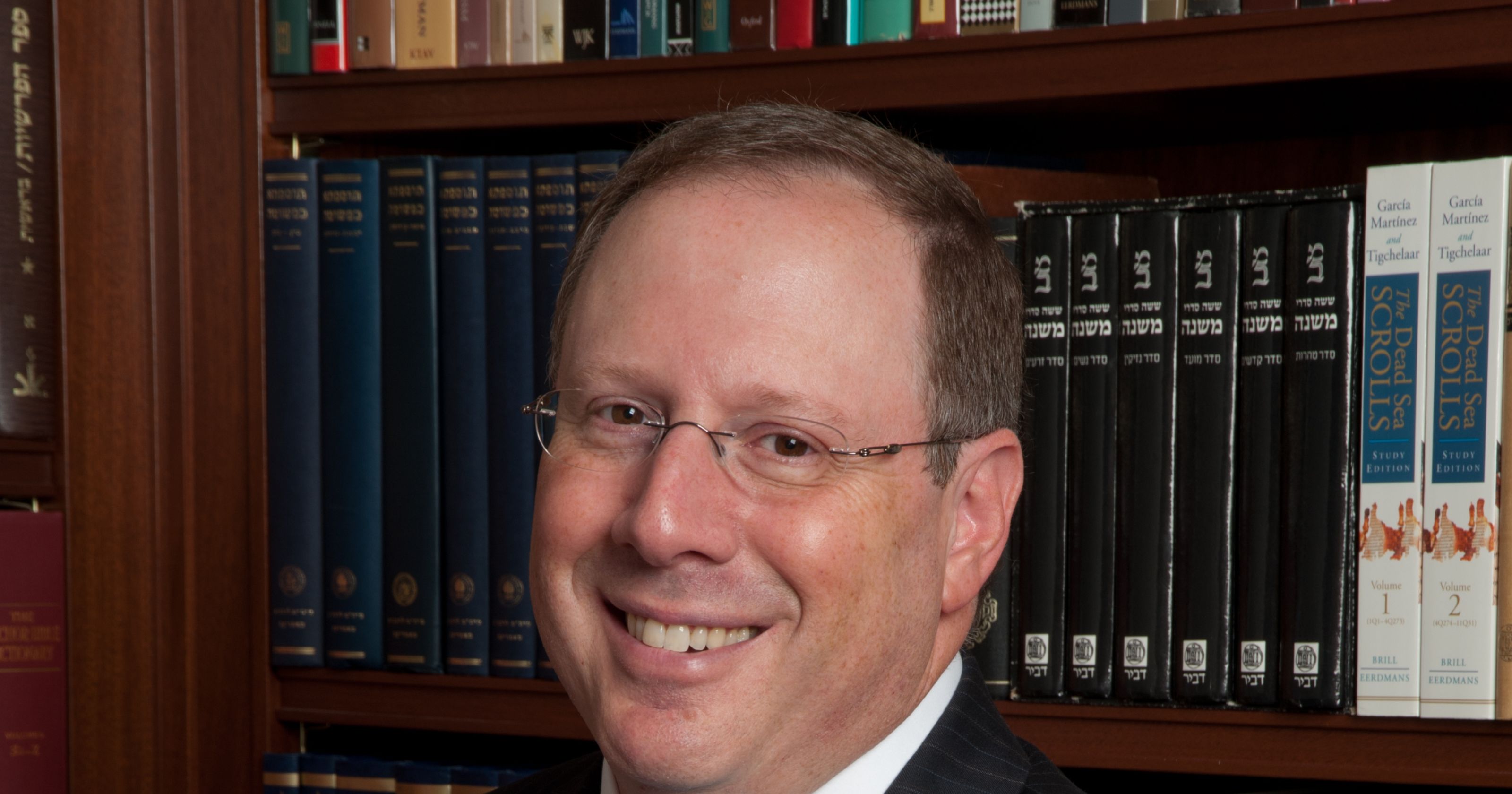 I spent the better part of an evening rummaging through closets, shelves and trunks, searching for the photo album from my first year of rabbinical school in Jerusalem.  I longed to find a photograph of my classmate and friend, Aaron, who died in a small plane crash this weekend.  Although I discovered a number of pictures from my children’s younger years, I never found the album or a picture from the year in Israel.  When Aaron and I first met, some thirty years ago, we did not photograph every minute of every occasion.

Still, I wanted to uncover a picture to add flesh to my memories.  One day in the not too distant future, I am sure I will find that album and its collection of photos.  For now, I am left with the images imprinted in my thoughts.

I recall the New Year’s Eve party I hosted at my Jerusalem apartment.  We had no TV on which to watch the festivities in Times Square and the ball drop.  Aaron improvised.  He lifted the large paper lantern that adorned many of our apartments and slowly dropped it from the ceiling as we counted down to a new year.  And then he offered that mischievous grin and that signature laugh which approached a giggle.

It is a strange thing that this is the memory that continues to play over and over again in my mind.  Everyone is focused on his scholarship, on his leadership, on his teaching, his menschlekeit and vision.  His many accomplishments are to be lauded.  His commitment to the Jewish people was exemplary.  He was an extraordinary teacher of Torah.  And I had the occasion to study with him during a recent summer, again in Jerusalem.  We have lost what I am certain would have been decades of his creative contributions.  He was just starting to write history.

Still I recall the jokester.  I do not wish to denigrate his scholarship.

I see the smile.  I hear the laugh.

Our paths crossed again and again.

Another image.  We were both newly minted rabbis working in Manhattan.  I see him holding an airplane pilot textbook in his arms.  I think he told me he was taking up Arabic as well.  He was also beginning his PhD studies.  I always knew my friend was really smart.  He seemed to have more bandwidth than most.  His drive to learn appeared relentless.  His knowledge seemed unrivaled.

And yet, if you were to praise his intelligence, he would demur.  Aaron seemed to be fixated on what he had not yet mastered.  There was some new skill to tackle, another sacred text over which to pore.  To others it seemed that his knowledge was limitless, but for him, there was always another commentary to read or a Talmudic text to look at anew, perhaps this time with new eyes or accompanied by other readers.  It is rare to find humility and intelligence mixed together.  There are others who know far less, but will tell you they know more.

Over the years, we would see each other on occasion.  Our meandering continued to bring our paths together.  More often than not, it was our sons, who have become lifelong friends, who would bring us together.  We would debate the Jewish future.  I had grown increasingly pessimistic.  I would (too often I am sure) offer unsolicited counsel.  And he would smile.  We last spoke about Israeli politics and the necessity for students to appreciate the wide range of ways people can show their love for Israel.  Disagreement with Israel’s policies does not make one a hater of Israel.  I offered worry after worry.  He forever remained the optimist.

He loved the tradition.  It was among his great joys to teach.  Many have offered shouts of praise about his teaching.  They have quoted from his inauguration speech.  I have now reread it, not so much to discover glimmers of his erudition but to hear his voice again.  “Let us commit ourselves on this day, to leaving no part of the awesome gift of Jewish tradition unopened anymore.”  I think to myself, “That is so Aaron.”  Amidst the multitude of profundities attributed to my friend, I return again to his grin.  There are countless more examples of his scholarship to be uncovered, but I always double back to his laugh.

The other day I wrote my office colleagues to tell them about Aaron’s death.  I wrote in part because I did not have the strength to call, and I cried as I typed, “My friend was…”  We had always promised each other we would find more time to go out to dinner.  It would be better to debate our Reform movement’s future over drinks rather than in between picking up our sons or running into each other at yet another rabbi filled occasion.  We had always assumed that there would be plenty more years and that we would have many more opportunities.

I had believed “Aaron is my friend” would never change or at least not be transformed for the foreseeable future.  I weep again and again as I realize that our friendship now remains fixed in the past.  The future is no longer ours.

I try to remember the last time we saw each other, the last occasion we spoke.  I struggle to uncover one final image.  Was it at our sons’ graduations from college?  They had become classmates as well.  We each sat with our extended families, but within rows of each other, as we watched our sons receive their diplomas.  Our paths crisscrossed first in Jerusalem, then in New York and now Chicago.

A dean spoke about the search for truth.  He quoted Wallace Stevens.  “Perhaps the truth depends on a walk around the lake.”

And I so I retreat to a walk.  I meander around my neighborhood.  Perhaps I can gather some semblance of coherence there.  The flowering trees offer a measure of comfort.  A few weeks ago, their colors were muted, and now they are abloom.  I wish to hear Aaron’s teachings.  I tour the poetry books on my shelves.  They are always by my side.  They accompany me on my travels.

Now we wake up with our memory
and fix our gazes on that which was;
whispering sweetness, which once coursed through us,
sits silently beside us with loosened hair.

I can still see Aaron’s mischievous grin on that New Year’s Eve thirty one years ago.  I can still hear his impish laugh.

This is what I am holding.

This is his Torah too.