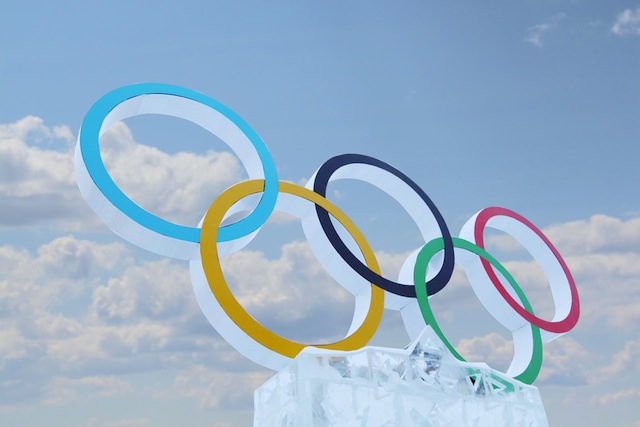 I am no kill-joy! I love watching the Olympics. I root and feel pride for my tribe (USA! USA!) all dressed in their Ralph Lauren designed outfits. I get goose bumps (with appropriate 1960’s self-consciousness) when our national anthem is played at the gold medal ceremony of one of our winners.

But there is a truth about the Olympics that challenges those of us who believe in a universalism that can both include the best and transcend the worst of our particular cultural contexts and tribal loyalties. If we are honest, the Olympic spirit of universalism is maintained only because the International Olympic Committee denies there are fundamental ethical principles that apply to all and avoids making any ethical judgments. For the Olympic movement, ignoring totalitarianism has been an accepted part of preserving “Olympism” for decades.? The three most powerful dictatorships of the twentieth century – Nazi Germany, Soviet Russia, and Communist China – all hosted the Olympics and these Winter Olympics have provided Vladmir Putin, who has increasingly turned Russia into a violent, corrupt, anti-gay, thuggish dictatorship, an opportunity to paper over serious human rights issues and to shine a positive light on his country, all while pretending to be an enlightened member of the international community. Turning a blind eye to any sort of political crimes or human rights violations by members of the Olympic movement yet alone by host countries of the Olympics is the only way the Olympics can remain universal. But universalism without ethical discernment isn’t universalism at all but simply moral relativism.

Now, I am not in favor of boycotts of particular host countries and I know that not only are we (the United States) far less ethically exceptional than we imagine ourselves to be, but that in a post-modern world to even make universal moral judgments is problematic. But we probably should stop imagining the Olympics to be more than they are. The myriad symbols, signs, and rhetoric that accompany the Olympics, aimed at convincing us that the games have a moral and ethical stature, do not reflect reality but are a humbling aspiration. For a couple of weeks we come together as a global community and make believe that the serious issues that divide us temporarily disappear.? And instead of focusing on differences, we focus our shared appreciation for athletes and their feats of endurance, strength and sportsmanship.

Sports like so many public forms of entertainment can be used to reveal or hide truth, to obscure or to enlighten. So let’s root for the home team, enjoy and marvel at the extraordinary achievements of our remarkable athletes, and remember that the Olympic spirit as expressed in the Olympic Charter, “to place sport at the service of the harmonious development of humankind” is a call to action for us to double down in our efforts to create a more ethical world the day after the Olympics.