That Dress, and the Humbling Reality of Others’ Perceptions 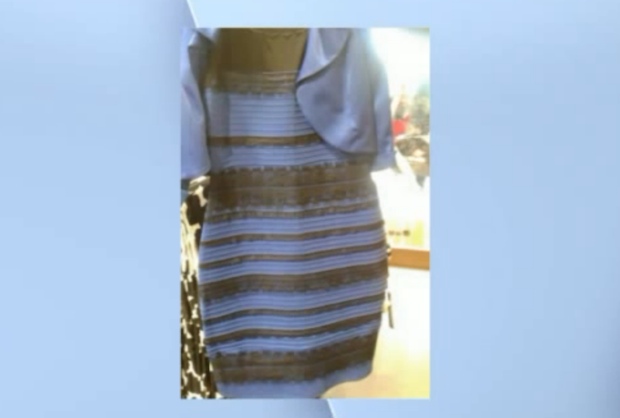 In just one day, a seemingly innocuous question from a Tumblr user (“Guys please help me – is this dress white and gold, or blue and black? Me and my friends can’t agree and we are freaking the **** out”) generated an infamous internet debate, hashtagged #TheDress. As it tore across social media, it became the top trender on Buzzfeed, Twitter and Facebook.

While the actual dress is blue and black (sold by a retailer in England), people really do see it differently. Some truly view the image as a white and gold dress. Apparently, how we each perceive color is affected by lighting. When you look at this photo, your brain works to make sense of what it sees; people who see a white dress with gold trim are probably seeing the photo as overexposed, and others who see it as blue with black trim are probably seeing the photo as underexposed.

We can be both very certain about how we see things, and at the same time, be very wrong.

It’s all about perception.

What a perfect piece of wisdom for these polarized days! What a metaphor for the fundamental conflicts we’re experiencing. There’s a reality – the blue and black dress is just one example – but we all metabolize reality in very different ways. Our own biographies, our biologies, our values and beliefs, our cultural contexts and worldviews are all “lighting,” affecting what we see around us. Indeed, we Americans interpret (perceive) different things when we see, for instance: a a young Black man in a hoodie, a police officer, a Wall Street banker, a fast-food worker, a woman in hijab, a Bible, an NRA ad, a Whole Foods market, a Cracker Barrel restaurant, a Prius, a pick-up truck…

How we interpret the color of clothing is the least of the ways in which we see the world differently. It’s actually quite amazing how we challenge one another’s sense of reality so demonstrably. Perhaps we should use this controversy as a practice of humility in engaging others with whom we deeply disagree. Every morning, perhaps we should look at this dress and realize that some of us really do see white and gold, while some of us really see blue and black.

Here are some needed truths that emerge from this practice:

Imagine a public culture in which we could see the legitimate insights and truths (however partial) of those who see things in an entirely different light. All it takes is imagining that the people with whom we disagree aren’t the “Devil With a Blue Dress On.” After all, that dress may indeed be blue and black when you see it in person. But in this photo at least, truth is in the eye of the beholder.