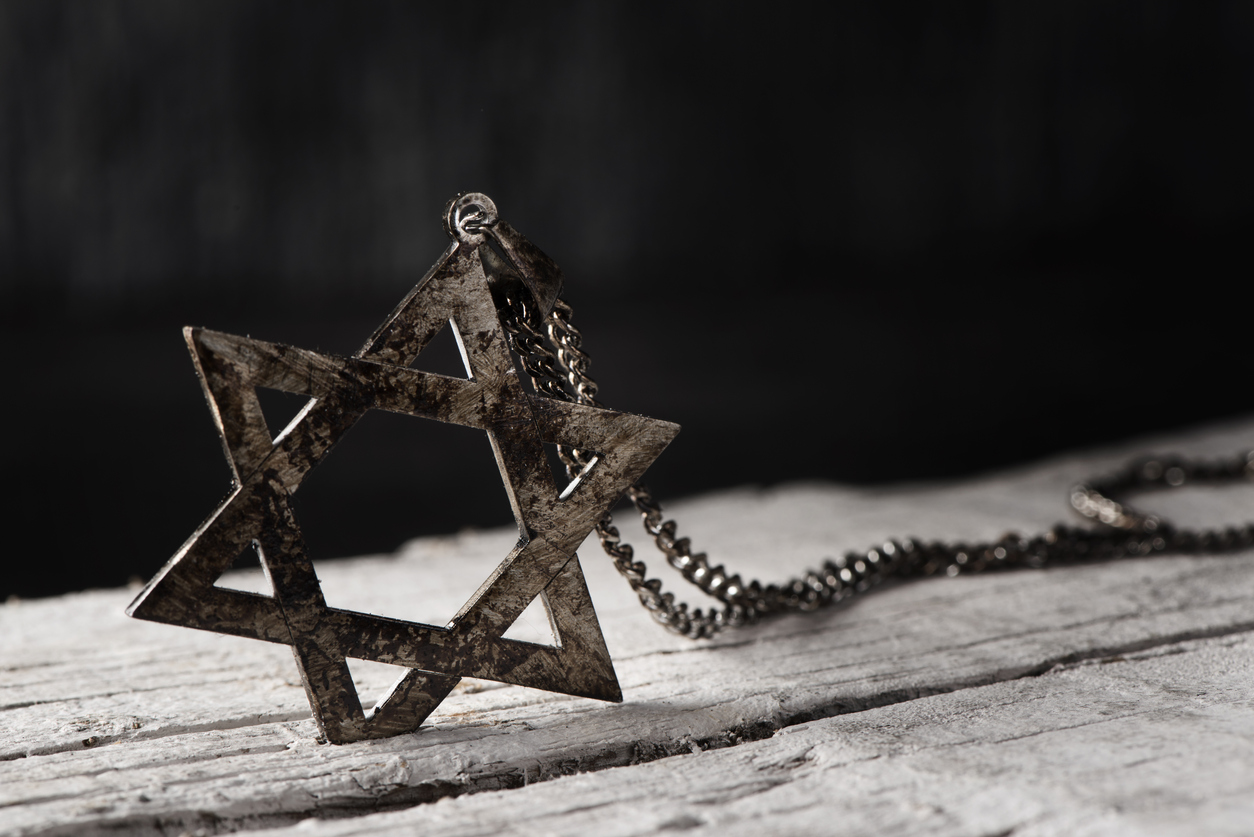 I had a silver necklace custom-made with my Hebrew name during my first visit to Israel. At the Baltinester shop in Jerusalem, the woman behind the counter insisted on checking, then double-checking, the spelling of Mariyasha in Hebrew characters.

“Zeh lo ivrit!“ (It’s not Hebrew!), the Baltinester woman told me, with an eyebrow arched in frustration.

She was right. My Hebrew name isn’t Hebrew. It’s Yiddish. It’s also uncommon, and at the age of eleven, I did not appreciate its rarity. But as the saying goes, you get what you get. I had no power to change it.

Besides, what mattered was scoring the perfect souvenir of our vacation, something that felt Jewish and Israeli and hip. The name necklace was then the “it” item my peers were bringing back to the States, and I’d saved enough of my dog-walking income to get one. When we returned to the shop days later, I ran my fingertips across the letters, falling in love with my name for the very first time.

I wore it until it grew snug, then tucked the necklace into my jewelry box for safekeeping. It remained there for decades, as I assumed it always would.

I last saw it about a year and a half ago when I put back the earrings I’d worn to a wedding, our final fancy occasion before the pandemic. It was gone this past May, when I was taken by a sudden need to have it enlarged to fit around my grown-up neck.

Why the urgency? The antisemitic, anti-Israel firestorm exploding on social media. A fresh wave of violence against Jews worldwide. Not that I was surprised. This is a tale as old as the hills. I hoped to enlist the necklace in pushing back, to ask it to shout I am a Jew.

I turned our house upside down while the thrum of anti-Jewish vitriol played on. I spilled the contents of my jewelry box onto my bed. Then I emptied my closet and my dresser, followed by my nightstand. Meanwhile, I kept reaching for the hollow space at the base of my neck where my Hebrew (Yiddish) name should have been, a talisman I could twist and turn in my hand as I prayed my worries away.

They say if you drop the search, what you are looking for will turn up where you least expect it. I gave the idea a shot. I was less successful at turning off the thoughts that were making a ruckus in my head. Are we safe here? Are we safe anywhere in the Diaspora? How fast can we pack our bags?

I flipped over a glass in the kitchen cabinet like my grandmother would have done.

Ever hopeful, I looked again, peering into already-searched corners and nooks I had previously walked right by. Still nothing.

One night, I watched intently as my husband rested his yarmulka, the I am a Jew he shows to the world, on his dresser.  There was an ache in my heart, a longing that inspired me to seek divine intervention.

C’mon, I asked. It’s not like we live in a mansion. Where could I have put it?

C’mon, I pleaded with G-d. Please show me the way.

I tried to convince myself that the necklace was nothing more than a pretty adornment for a Jewish neck. The pride in the neck itself and the relationship with G-d in the heart beneath it were what really mattered. But I have an English name that doesn’t exactly scream Jewess and a Hebrew name that isn’t really Hebrew and a Yiddish name that falls somewhere in between. All those years ago, the necklace helped me make peace with a feeling that I, in some way, did not belong. And it was too tied up with who I am now to forego the search just yet.

I did, however, set a deadline. I decided that if it was still missing by my next trip to Jerusalem, I would head to Baltinester for a replacement. In the meantime, I felt compelled to wear something given the precarious moment in which we Jews presently find ourselves.

I chose a pendant, a reproduction 5th-century amulet against the evil eye that tumbled out of my jewelry box early in my search. It is a silver lining in all meanings of the phrase, the gift a colleague bought for me during her first visit to Jerusalem. I also accepted a friend’s offer of a silver charm that says Ima, or mother, in Hebrew. Only later did I notice that the same letters appear in Mariyasha.

Every night, I rest the necklace on a tray to keep the long chain from knotting while I sleep. First thing in the morning, I put it on again as I recite the Modeh Ani blessing, thanking G-d for returning my soul to my body.

Whenever I think of another place the necklace might be, I pick up the search where I left off. A drawer in the kitchen. An old teacup in the china cabinet. The bottom of a barely used purse. I suppose I’ll keep looking until I let go and let G-d and acquire a new one at the first opportunity. Come what may, I will continue to rock my Jewish identity at my neck, determined never to hide who I am.

Merri Ukraincik is a writer, blogger, artist, wife, and mother who talks to G-d all the time. Her essays have appeared in Tablet, Hevria, Kveller, and elsewhere. She is the author of I Live. Send Help., a history of the Joint Distribution Committee. Find her on her personal website.