Do’s and Don’ts When Apologizing to Our Kids 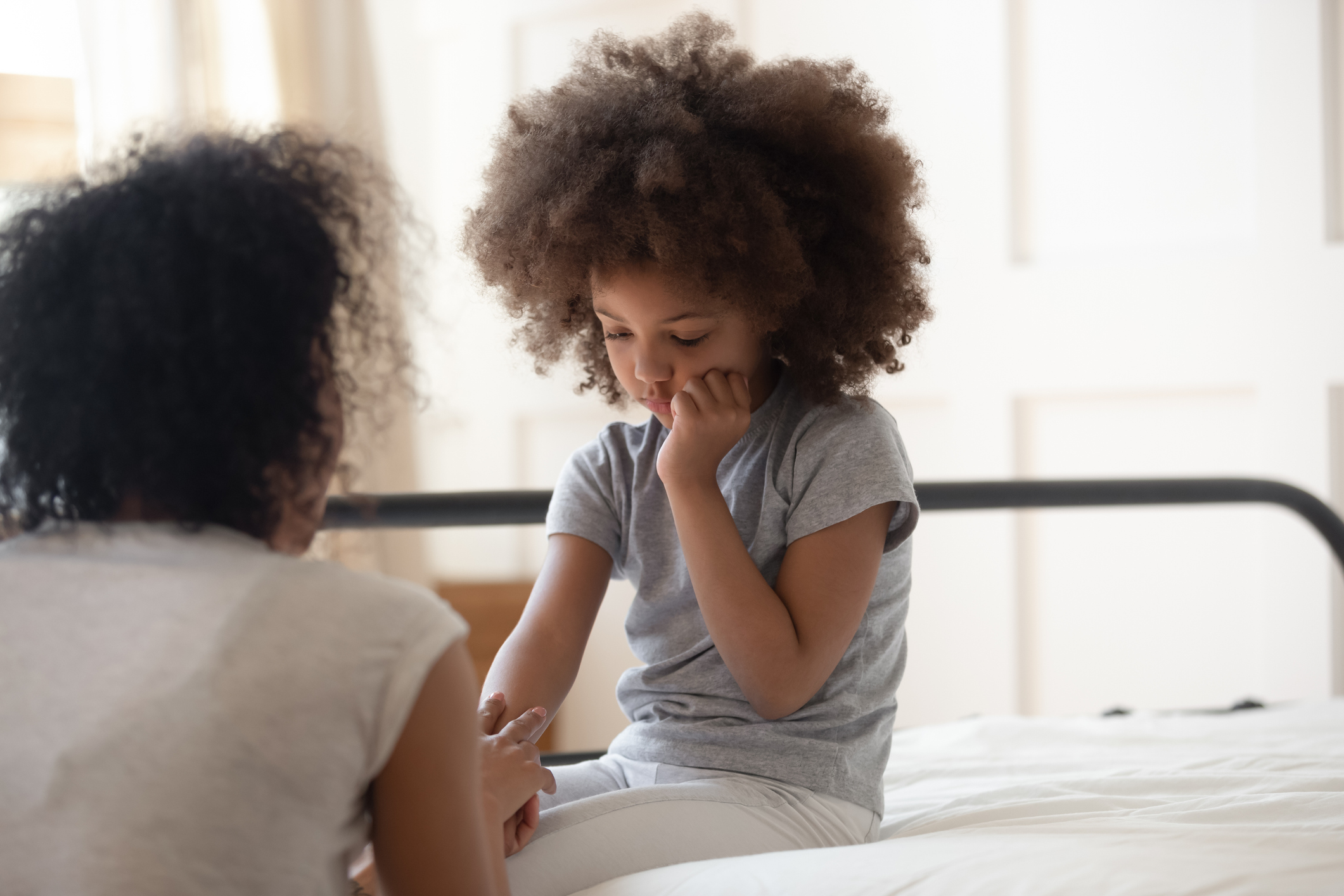 Author’s Note: These strategies are meant to help minor parenting infractions and should never be used to justify neglect or abuse.

It was one of those long days: counting down the hours until the kids’ bedtime and doing mental gymnastics to keep my cool as a colossal to-do list unraveled far beyond reach. With the added expectations of parenting during a pandemic, it’s so easy to get caught in a cycle of exasperation, only to feel jostled by choppy waves of guilt for acting impatient and snappy towards our kids. As much as my own pride would love to sidestep those short-fused moments altogether, the benefits of a warranted apology to our children can have a lifelong positive influence on their self-esteem, family bonds, and future relationships.

Rather than feeling like modeling apologies are yet another weight hurled on top of our overloaded parenting shoulders, these strategies are designed to make them more impactful and less cumbersome for everyone in the family.

Do: Understand Why Apologizing May Be Difficult in the First Place

“Apologizing is so much fun! It’s my favorite thing to do.” – No one ever

For most of us, recognizing and verbalizing our own mistakes tastes like vinegar. Psychiatrist and psychoanalyst Paul C. Holinger, M.D., M.P.H., explains several reasons why apologizing might be difficult, particularly if apologies were rarely modeled during our childhood. He states, “Frequently we ourselves have not been apologized to—especially when we were younger. How many times can you recall a parent or caregiver or whoever apologizing to you when you were little? Thus, we often have not learned how to apologize and the benefits of the apologizing process.”

In addition, shining a light on our own shortcomings is difficult because it can elicit feelings of shame or a temporary loss of self-esteem. Renee Garfinkel, Ph. D also explains, “Apologizing temporarily reduces one’s self-esteem.  The offender who apologizes yields some power, some control.  Having announced their imperfection and error, the offender is now vulnerable.  It takes humility to make a sincere apology, and for some people, humility is just too uncomfortably close to humiliation.”

It may feel uncomfortable at best and cringeworthy at worst to apologize, but our mistakes, flaws, or shortcomings do not have to define us. True integrity isn’t cultivated by perfection, but rather the ability to see, own, and grow from our inevitable mistakes.

Do: Know the Three Elements of a Sincere Apology

Keep in mind that children do as we do, not just as we say. Our children seeing us modeling an authentic apology is significantly more impactful than simply telling them that it is important to apologize while scarcely demonstrating one. To show children how to effectively take ownership for a mistake, psychoanalyst and psychologist Robert M. Gordon, Ph. D outlines three basic principles of an authentic apology:

Acknowledgement: This should always start with one word: “I” with a clear understanding of the impact of our actions.

Instead of: “Traffic caused me to be late to your soccer game and miss your first goal.”

Try: “I was late to your soccer game and missed your first goal.”

Remorse and Empathy: Remorse is truly feeling regret for the hurt you caused someone, while empathy is a deep understanding of another person’s feelings.

Instead of: “It’s really not a big deal, there will be other soccer games.”

Try: “I feel awful that I missed that big moment for you.” (Remorse) “It must have been really disappointing to not see me on the sidelines when you scored that goal.” (Empathy)

Restitution: This is the process of rebuilding trust by working to improve ourselves. However, it’s important to not make grandiose promises on something we can’t always deliver, which can set us up for more failure down the road.

Instead of: “I promise I will never be late to any of your games ever again.”

Try: “I will try my very, very best to never miss a big moment for you. I want you to know that I am your biggest fan and love cheering you on.

The key distinction is to remember that apologies should be used to give something to the other person (such as repairing the wounded feeling, relationship or person’s dignity) rather than to get something for ourselves (such as forgiveness for the sake of our own conscience.)

Do: Keep “Dose-Effective” Apologies in Mind

Gordon also explains “dose effective” apologies, meaning that the punishment fits the crime when it comes to apologizing.

For example, if you drop one of your child’s fruit snacks on the ground, there is no need to launch into a dramatic monologue of “Oh my goodness! I dropped your fruit snack! That must make you feel so sad and I feel absolutely devastated that it slipped from my fingers. I will strive to be a more proficient fruit snack fetcher in the future!” A simple: “Oops, I’m sorry I dropped that” does just fine for minor hiccups.

Demonstrating an apology that fits the crime can be a tricky needle to thread. While modeling apologies is significantly beneficial for our children, it’s also important to not over-apologize or grovel for harmless slipups. The goal is to teach children it’s okay (not detrimental) to make mistakes and the value of taking ownership and learning from those moments.

Even with the right words or scripts, apologies lose their value when presented in a way that sounds sarcastic, insincere, or rushed. Taking the time to get eye-level with the child and being aware of our tone and body language are just as important as the apology itself. If the words feel forced or disingenuous, try asking yourself why you are apologizing in the first place and consider waiting until you are ready. It can be tempting to spit out a curt “Sorrr-RY!!!” like checking an item off a list. However, the benefits of a genuine apology extend far beyond that particular moment with your child.

Author, professor, and therapist Bob Taibbi, LCSW explains, “Taking the step of apologizing is taking a step towards healing a wound, changing the climate of the relationship, getting the relationship back on track. And if you are a parent, it becomes a gift and a lesson that you give your children–about how to be responsible and compassionate in the world and towards others.”

Being able to give a sincere apology is evidence of strength in character, not weakness. Meaningful apologies not only repair the immediate relationship, but they can also teach lifelong skills like cultivating empathy, fostering positive relationship skills, and demonstrating responsibility.

Don’t: Give a Non-Apology Apology

Even if our tone is genuine, an apology loses authenticity (to anyone, not just kids) when presented in a passive-aggressive way with insincere phrases that are likely to just pour more salt in the wound, rather than heal the infraction. For example:

Instead of: “I’m sorry you felt that way.” There is no ownership, remorse, empathy, or restitution, just shaming the other person for feeling impacted. (And can we all agree this is the worst?!)

Instead of: “I’m sorry but you did…” (Even if the other person should apologize for something as well, this statement hurls the blame without owning our own mistakes.)

Try: “I want to take ownership and apologize for my role in this situation.”

Instead of: “I’m sorry if I hurt you” or its cousin “To anyone I may have offended…” (These vague phrases gloss over taking any specific accountability.)

Try: “I messed up and I’m so sorry I made you feel this way.”

Instead of: “It’s not my fault you are so sensitive.” Or “I was just kidding. Can’t you take a joke?” (Most of us would rather walk barefoot over a pile of Legos than hear these.)

Try: “I am so sorry for saying something that was offensive. I’d like to listen and learn how I can be better.”

Instead of: “Fine, then I’m sorry for being such a TERRIBLE person!” (Remember that our mistakes do ruin all the good we have done as a parent. We want our kids to feel safe setting a boundary or communicating something that upset them without fearing an extreme reaction from us.)

Try: “I try to be the best parent I can be, but I don’t always get it right. I want you to be comfortable to tell me about the times I do something that unintentionally upsets you.”

Instead of: “Let’s just move on.” (This doesn’t recognize our actions and just sweeps the situation under the rug, creating a hidden yet mounting volcano that will erupt down the road.)

It also might be tempting to avoid an apology all-together while over-compensating with kindness. But to truly heal the wound, it’s essential to acknowledge the situation and take ownership for our mistakes. Our egos are fickle, scrappy things that will be tempted to construct a façade of perfection as a defense mechanism. Recognizing and overruling those flailing inner objections ultimately prioritizes our relationships over our pride.

As humbling as giving a sincere apology can be to give, our children receiving it is much more likely to sway from viewing us through a lens of frustration to one of respect as they see us encompassing our morals, setting the foundation for them to replicate those principles.

In The 7 Habits of Highly Effective People, one of the best-selling nonfiction business books in history with over 25 million copies sold, author Stephen Covey states, “It takes a great deal of character strength to apologize quickly out of one’s heart rather than out of pity. A person must possess himself and have a deep sense of security in fundamental principles and values in order to genuinely apologize.“

Parenting is like constantly treading water – sometimes in tranquil seas and other times in tumbling rapids.  When we make mistakes, take heart that those moments are what make us human and can ultimately be the best teachable moments for our children. Although I can’t say there won’t ever be another day (ahem, today) when I look forward to the kids’ bedtime to get caught up on some very important Netlflix binge-watching. It’s all about balance.

Lindsay Richardson is a writer and educator who has been published in a variety of major publications. She loves writing honestly and humorously about life experiences and lives in Chicago with her husband and two children (three if you ask the dog.) You can visit her website Hope and Happy Hour or follow her on Instagram: @hope_and_happy_hour.