Passover, Freedom, and Martyrdom: Our Week in Wisdom 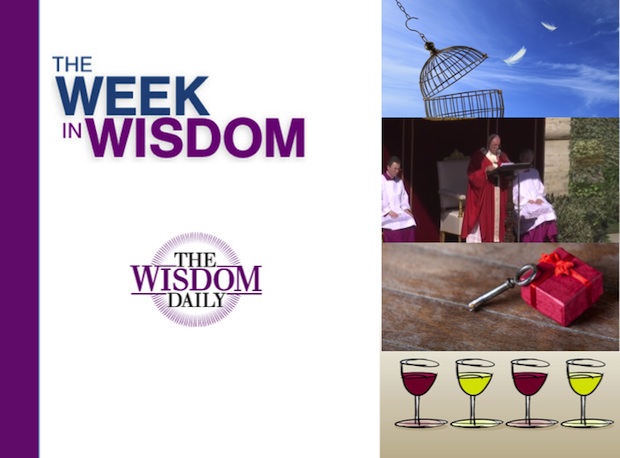 On The Wisdom Daily this week (March 30-April 3), we discussed the start of Passover and the discussion of freedom that surrounds this time. We were struck by a friend’s birthday celebration and the art of giving and receiving. And, we reflected on the Pope’s Holy Week address and the debate around Indiana’s new Religious Freedom law. Did you grow wiser this week? We hope The Wisdom Daily played a part.

Is Focusing on Martyrdom Really the Way To Go? – Brad Hirschfield

Palm Sunday opened Holy Week on Sunday, as did heavy duty pre-Passover preparation for many of us, as Easter Sunday and the second day of Passover coincide this year, but more on that in another post. For now I want to focus on Pope Francis’ Palm Sunday address — specifically his tribute to contemporary Christian martyrs… READ MORE

What It Means To ‘Receive In Order To Give’ – Irwin Kula

Robert, a good friend of mine, recently celebrated his birthday in a way those who really do have everything might consider. He is a very successful lawyer, happily married for three decades with two wonderful sons. He could have done just about anything he wanted, and as a generous philanthropist deeply committed to community, whatever way he chose to celebrate would easily have been justified… READ MORE

At Your Service: The Heart of Passover – Brad Hirschfield

Passover 2015 begins Friday, April 3, at sundown. It’s the most widely celebrated Jewish holiday in America and is often called the Festival of Freedom, as it celebrates the biblical Israelites’ exodus from slavery in Egypt. But what does freedom mean, and what sort of freedom does Passover actually celebrate? Try answering this question: What’s a three-word phrase that celebrates freedom? READ MORE

How Free Are We? The Job of Passover – Irwin Kula

What makes this night different from all other nights? More people experience Passover Seder across more backgrounds than any other Jewish practice. On this night people all over the world engage in an evening long meditation on freedom… a dramatic mix of story telling and singing, drinking and eating, all designed to get one job done: Help us become genuinely free… READ MORE

Why We Should Be Talking About Religious Freedom – Brad Hirschfield

From Odyssey Networks’ Faith on the Record series: Lawmakers in Indiana and Alabama are facing a firestorm after they enacted new legislation around religious freedoms, which critics say is designed to discriminate against LGBT citizens. In contentious debates, there has got to be for all of our sakes, a way to combine passionate advocacy with spiritual and intellectual humility… READ MORE