At Your Service: The Heart of Passover 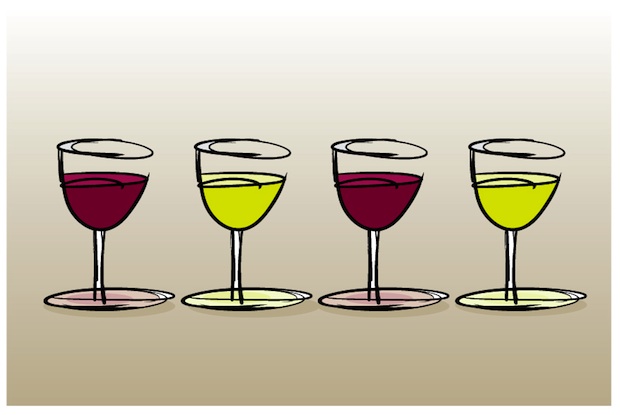 Passover 2015 begins Friday, April 3, at sundown. It’s the most widely celebrated Jewish holiday in America and is often called the Festival of Freedom, as it celebrates the biblical Israelites’ exodus (hence the English name of the second book of the Hebrew Bible) from slavery in Egypt.?But what does freedom mean, and what sort of freedom does Passover actually celebrate? Well, here’s one way to find out. Try answering this question: What’s a three-word phrase that celebrates freedom?

How about this: At your service. The ability and willingness to serve lies at the heart of the Passover story and remains so to this very day.

Moses asks Pharaoh for three days during which the Israelites could serve God — the same God who will declare that they should not serve Pharaoh because the Israelites are in fact meant to be servants of the Lord. From the earliest stages of the story we learn that liberation is not about freedom from service, but about the freedom to serve — both God and humanity. And so it goes, right into the customs we share at the Seder table.

In fact, service to others marks our celebration of freedom from almost the moment the holiday begins. Most people observing the holiday will gather at a festive dinner called a Seder, where we fill the cups of others and rely on them to do so for us. Customs, traditions, etiquette — they all send messages. The custom that at the Seder each person’s cup is filled for them by another guest sends a powerful message indeed: Serving others, not self-service, is actually the highest expression of freedom.

Don’t get me wrong, who doesn’t love a bit of pampering, being cared for, or even served, if only a little? That too is a part of what it means to be free. We don’t argue that it is necessarily better to give than to receive, just that it is best when they happen together.

So, yes, on Passover, others serve us at the table. And then, we turn around and serve them right back because that too is a profound expression of our freedom — the ability and willingness to care for others.

Of course, the notion of service is very popular these days. We have service learning projects, days of service, etc. They are all good and holy projects. They are also all only a part of the kind of service I am describing.

There can be no doubt about the importance, even necessity, of caring for less fortunate people and more vulnerable populations — the way in which service is typically used in most contemporary settings. But I am talking about something more, something bigger, something that reflects a different kind of mindset and heart-set.

I am talking about the ability to graciously accept the service of others who make our lives better, and also offering service to others who share our lives, because in both cases we appreciate that we all have something to contribute and that all those around us have something to contribute to us. It’s a model of living a liberated life that extends beyond Seder night. It’s a way to live our lives, build community, and even do politics all year long. Think about that last one, especially as we head into a presidential election year.

Here’s a way to move from the Seder as a celebration of freedom past and present, to the Seder as a practice preparing and empowering us for freedom yet to be achieved. As the evening progresses through the four cups of wine traditionally consumed at the Seder — others filling ours, and each of us filling theirs — consider the following questions, one set per cup. And if you are not attending a Seder, simply find some other time to reflect on these quick questions and how you would answer them.

Serving freely and graciously accepting the service of others — by doing both, we leave behind the Egypt of masters and slaves, and move toward the promised lands we seek, and can find, together.