Is Focusing on Martyrdom Really the Way to Go? 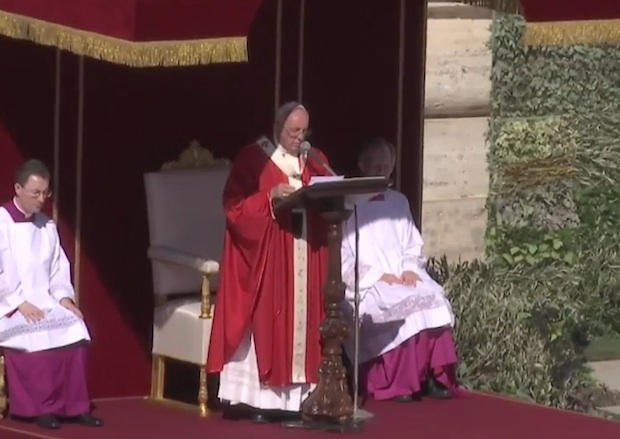 Palm Sunday opened Holy Week on Sunday, as did heavy duty pre-Passover preparation for many of us, as Easter Sunday and the second day of Passover coincide this year, but more on that in another post. For now I want to focus on Pope Francis’ Palm Sunday address — specifically his tribute to contemporary Christian martyrs.

“We think too of the humiliation endured by all those who, for their lives of fidelity to the Gospel, encounter discrimination and pay a personal price,” Pope Francis said, speaking in Italian. “We think too of our brothers and sisters who are persecuted because they are Christians, the martyrs of our own time. There are many of them.”

As much respect as I have for the Holy Father — especially his unique capacity to combine fealty to tradition and fearless openness to new realities and previously unaddressed people — and as easy as it is for sincere questions to slip into unfair criticism, I can’t quiet the discomfort with choosing to celebrate martyrdom in a world with so many people celebrating death in the name of God.

There is no question that Christians are dying in numbers unprecedented in the past century at least. There is also no doubt that if the trend continues, combined with Christians leaving because increasingly hostile governments, the Middle East — with the exception of Israel — could be largely emptied of Christians in the coming years. It is a tragedy of epic proportions, for sure — one that demands precisely the kind of global attention which the Pope can bring to it. But could that attention be focused as successfully without celebrating the tragedy of their deaths as martyrs?

I get that Holy Week, leading as it does to Good Friday and culminating in Easter, is the week for reflection on, and celebration of, Christian martyrdom. I also get that martyrdom is a sacred concept in most every religious tradition and that there are things worth dying for in this world. But with so many people and teachers celebrating the holiness of dying for God, I wonder if we could not focus more on the importance of living for God and the ugliness of stripping others of the right to pursue their best understanding of what that might mean.

Perhaps if I heard Pope Francis’ words with “Christian ears” and felt them with a “Christian heart”, I might not have these questions. I don’t know.

I do know however, that the issue to which the Pope calls our attention is hugely important. I just wonder, and this is no rhetorical question, if focusing more on the human tragedy, and less on the religious category — martyrdom — which is so often abused by others, might not help us all address that tragedy better.