Our Soldier Heroes and Us 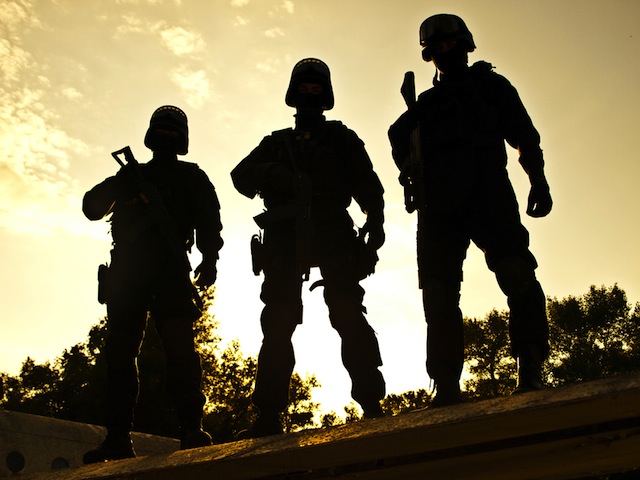 The most emotionally powerful moment in President Obama’s State of the Union address was also its most morally complicated.? As is often the case in these addresses, the Commander in Chief evoked a sense of pride and patriotism by recognizing a hero from the armed forces.

The President introduced Cory Remsburg, a seriously wounded soldier who was sitting with the First Lady on one side and his father who has dedicated his life to helping his son recover on the other. The President described Cory as “a proud Army Ranger,” who “on his tenth deployment… was nearly killed by a massive roadside bomb in Afghanistan.” As the camera focused on the young man we saw his sacrifice in a long, visible scar on his head, his inability to move one of his arms and as the president explained, Cory “is still blind in one eye” and “still struggles on his left side.”

It is easy to be cynical and see this as Presidents manipulatively using soldiers as political props for applause lines and yes, there is awkwardness in the scripted scene, but a fellow citizen who willingly endures ten deployments for our country is made of great things and worthy of applause. And in talking about the State of the Union, our soldiers are an important part of the Union. Recognizing this soldier and lauding him for never giving up, for continuing to fight for recovery and life is about calling attention to the thousands of wounded coming home that do not receive a tenth of the attention they should have all the time.

No matter what one’s political allegiance, one can’t help but be awe struck by Cory Remsburg’s courage, heroism and persistence and his father’s commitment and love. But as tears welled up in my eyes, I couldn’t help but ask how long wars that are unpopular and?- at least with regard to Iraq?- prosecuted on the basis of lies would last if the Cory’s couldn’t do ten tours of duty but the sacrifice required to wage war was spread around.

It struck me that it isn’t the manipulation of feelings when Presidents ritualistically call out and honor a soldier who has a particularly moving story that is the problem, but what having those feelings may do to us. The powerful mix of pride, sadness, loss, admiration, hope, connection, and compassion that we collectively feel, without most of us even knowing a soldier, does what ritual too often does. It mitigates, calms, and settles the anxieties and unease we ought to have that generate a call to action to change the situation and challenge the status quo. Having the feelings becomes a substitute for action to alter the reality – a way of unconsciously letting us off the hook from stopping to send our young people to wars that only make things worse.

A few years ago I did a two-day seminar on pluralism for the U.S. Army for educators on bases across this country?- one of the more remarkable experiences in my life as I learned there may be no institution in this country more pluralist than the Army. A Captain drove me to the airport and as we talked I asked him what concerned him most about these wars expecting him to give me some by the book response but he immediately answered with words I will never forget. Not taking his eyes from the road for a second and in a firm, calm and assertive voice he said, “I worry about what we are asking from our soldiers. We are asking people to do 3, 4, and even 5 tours of duty and this has never been done before,” and then in words that haunt me every time I read about our soldiers he said, “we are experimenting with human beings.”

For virtually the entire 21st century, from the President down we have been responsible for sending young men and women to fight in ill-defined and unsuccessful elective wars. A government that protects its people, citizens who care about each other, don’t allow people especially those willing to make the greatest sacrifice for the country, to volunteer for as many as 14 tours of duty.

I know that drafts don’t end wars and that the wealthy and powerful use their influence for their own advantage and arrange disproportionate number of draft exemptions but at least a draft spreads the responsibility and personal costs of war around, creates a shared fate, and adds some urgency and political consequences for waging an unpopular or unjust war. It is easier for politicians to send a volunteer army to war than a draft army that reaches deep into the citizenry. Vietnam may have lasted for years but there surely was a relationship between a draft and increasing protests that eventually made the war untenable. Our present wars in Iraq and Afghanistan have lasted longer than Vietnam and despite their unpopularity, there have been almost no demonstrations as less than 1% of the population has been touched by these conflicts.

I know I wouldn’t want a draft if I was 18 or my child was 18 and this is precisely the point. If there were a draft I would care, protest, demonstrate, be a helluva lot more angry about going to war that wasn’t absolutely the last resort?- which has not been the case in any war we have fought since WWII.? A country’s army is more than some voluntary club. Its soldiers act in the most extreme way possible for their country?- risking their own life and killing others.

There is no more serious decision that a government makes than to send its citizens a war. One of the best controls on a country deciding to ask this sacrifice from its citizens is knowing it will need the buy-in not only of those incredible few like Cory Remsburg who volunteer, but from all its citizens including from those who may shed tears at a story of sacrifice but who are far less ready to make a sacrifice.

For more, watch Brad Hirschfield’s video discussion on his reaction to the State of the Union address.