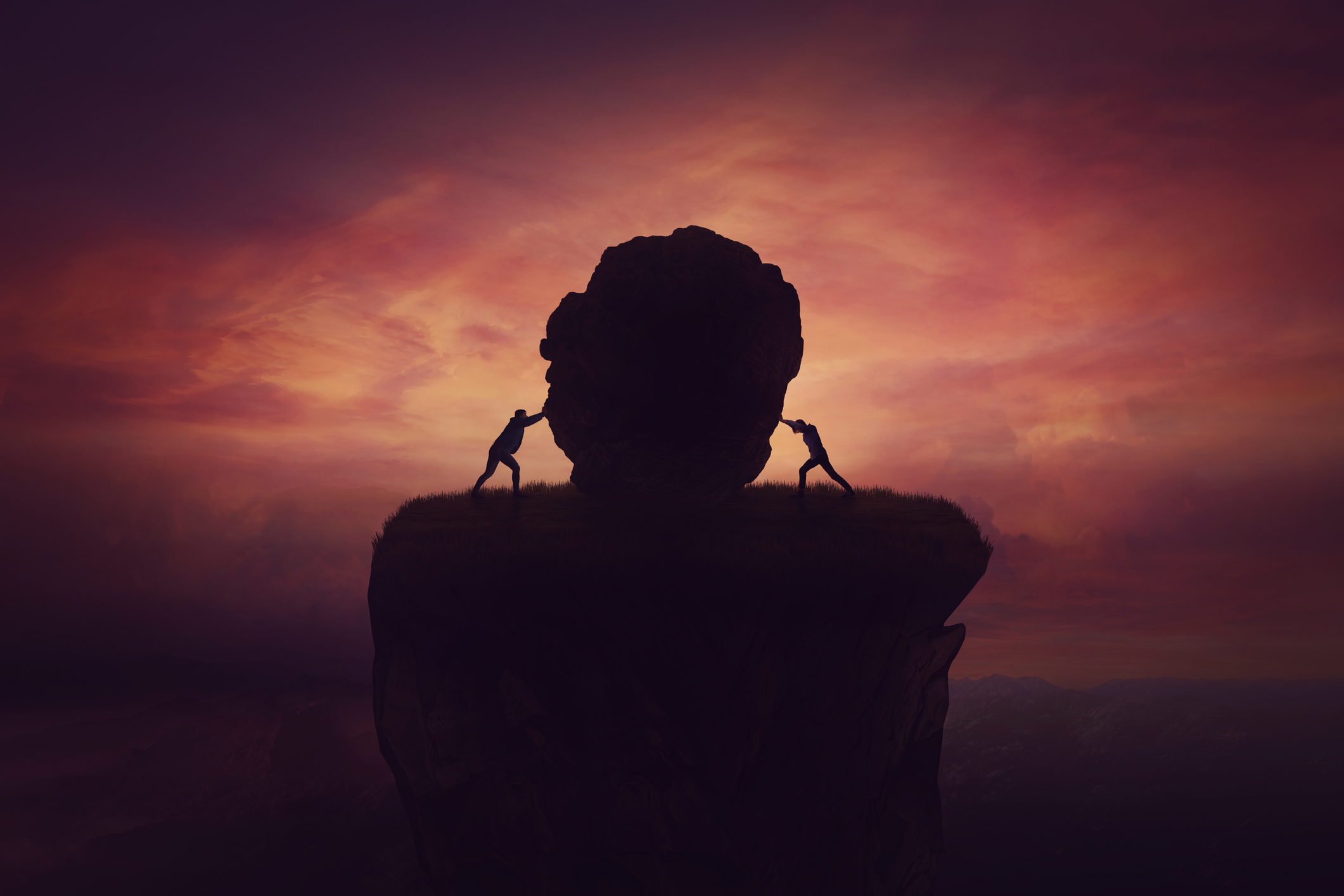 Donald Trump is mentally ill and needs a constitutional straitjacket. He is hungry for adulation to compensate for a mind-blowing inner lack of self-worth -that even those of us most horrified by his venality have to feel a smidgeon of compassion for. His most violent followers – a minority of the 70+ million people who voted for him – rendered needy, powerless, and stripped of their dignity by serious societal stress – have through their adulating Trump felt powerful.

The violence of last Wednesday and the violence of Trump’s administration is a toxic compensation for his feelings of inadequacy and for the feelings of the minority of his supporters ready to use violence. And of course, Trump’s speech last night, calling for no more violence and proclaiming that no true supporter of his would threaten fellow Americans is exactly the opposite of what he feels and believes. Trump traffics in political violence. It is oxygen for his sense of self and It is precisely his truest supporters who are the most violent. And the relationship between him and these supporters, which makes both sides feel “whole”, is pathological — at a research-worthy level.

And of course, there was no self -reflection or accountability in his speech or any recognition that his words -even if “misunderstood” – may have in some way incited the mob behavior that killed six people. There couldn’t be because the mob literally created Trump’s feeling of self which is why he wasn’t shocked by the violence but, as reported, delighted by what he was watching on TV.

Trump is an evil Chauncey Gardiner.

Donald Trump is not capable of self-reflection. One can only imagine the pressure he felt and the damage he realized to his self-interest –his “brand” – that made him give last night’s speech. His brand is destroyed…banks will not lend him money….contracts are being voided, the PGA will not use his golf course…in the next few years he may well go bankrupt which would be worse for him than even going to jail. And the fact is, in the history books of America, Trump will be considered the worst and most dangerous president in American history — having fomented an attack on the Capitol. He will go down as a villain. And everyone knows that if impeachment votes were secret the majority of Congress would vote to impeach him. (What this means about our political system, about Republicans, and about the Republican base is another story. Some Republican Congresspeople have said privately they were afraid to vote to impeach because their lives and families’ lives were threatened.) Trump is disgraced…and many of his enablers will be stained in historic ways –even if they don’t go to jail or aren’t censured and wind up still getting good jobs.

Now WE – the people who have hated, resisted, opposed, were horrified by, disagreed with, and debated Trump – have a choice to make. We can not write off 70+ million Americans. I know many people who voted for Trump, with whom I have engaged in the past week, who were horrified by the violence in the capitol. Though most still are able to separate support for Trump’s policies from his toxic character, tweets, and abusive and dangerous methods. Yes, Trump’s words tonight were under duress and the words of a pathological liar BUT he also clearly said to his supporters that violence is not the way. And he has been impeached. (It will be interesting to see the response, over the next months, of his supporters who will feel betrayed –responses that will range from some who have the trance broken and will walk away and some who will become even more violent against the “deep state” that defeated their Savior. )

BUT WE cannot live in a country where we write off 70 million people!!!

Can we –and I know there are so many “we’s” reading this – find ways to respond that exile Trump and perhaps his immediate family – as anything less will not break the toxic cultic hold he has on people. AND can we hold his enablers -like Cruz and Hawley and Jordan accountable (no committee appointments, no support from the RNC, and voters ultimately voting them out when the time comes).

AND, by far most IMPORTANTLY, can we provide an off-ramp, the social support, the forms of belonging, and the amelioration of the socio-economic and cultural conditions that have given rise to the toxicities of our society. These toxicities include the profound level of racism and white supremacy that is at the core of Trump’s most avid supporters and that his non-racist supporters were somehow able to ignore because they supported his policies. Can “we” – whoever “we” are in whatever sphere of influence – help create and offer an anti-inflammatory therapeutic for our body politic…or is this really war.

If “we” don’t want war we will need to find an incredible mix of courage and grace….and it will take years. We will need to internalize the wisdom of Abraham Joshua Heschel:

“While some are guilty all are responsible.”

ALL of us are responsible.

Maybe “we” will have to reverse engineer the violence in our society that extends well beyond what happened last Wednesday. Here is how it works. If one doesn’t feel loved, one tries to get respect… if one doesn’t feel respected one resorts to instilling fear… if one can’t get feared, one resorts to violence. Violence is at the end of a process. This goes all the way back to the god character in Scripture who has to learn not to use violence and fear (with Noah, with Abraham, with enslaving Israelites, with hurban’s/destructions) to get loved by us with all our heart, all our soul, and all our might. Not surprisingly, as Images of god, we need to learn from god’s mistakes.

Oh, and more than 4,000 fellow citizens died of Covid today. May their families be comforted and their memories be for a blessing.