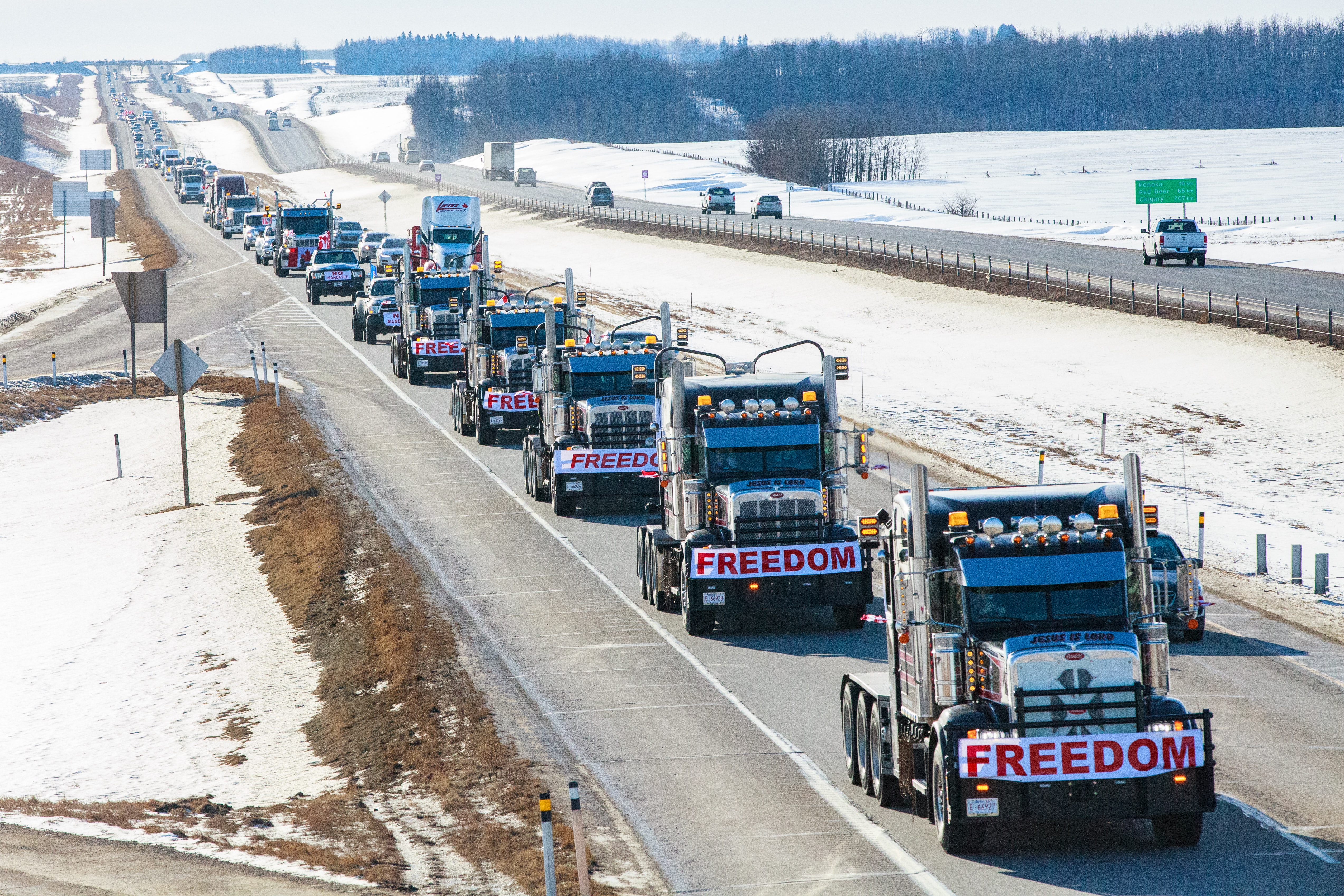 The last few weeks have been strange in Canada. A convoy of angry citizens has taken their tractors, semi-trucks, and construction vehicles and established illegal blockades of border crossings in Ontario and other provinces and occupations of the entire neighborhood outside Parliament in Ottawa, as well as protests in other major Canadian cities. This development is anathema to much of what Canadians think of themselves – nice, friendly, reasonable people governed by prudence and shared responsibility. It seems like a sudden shock to many. Where did this come from?

In this week’s parashah, Ki Tissa, we read about when Moses went up Mount Sinai to receive revelation and the Israelites lost their faith, demanding that Aaron take their gold and build them a golden calf to worship. When Moses returns, Aaron tries to excuse his behavior, saying,

“‘Let not my lord be enraged. You know that this is a people bent on evil.’ They said to me, ‘Make us a god to lead us; for that man Moses, who brought us out of the Land of Egypt – we do not know what has happened to him.’ So I said to them, ‘Whoever has gold, take it off.’ They gave it to me and I hurled it into the fire and out came this calf!'” (Exodus 32:21-24).

In the 20th century, Rabbi Joseph Hertz picks up on this, writing, “As if it happened by itself! Aaron’s two pleas of compulsion and accident are the usual excuses in palliation of wrongdoing. His want of moral courage evoked the Divine displeasure.”

Aaron took the wrong approach here. What kind of leadership gives the people exactly what they want, especially when they are feeling scared and desperate? In fact, the Midrash elaborates the Israelite’s desperation, imagining an even more terrifying experience: “The sixth hour of the day arrived, and Moses had not descended from the heaven . . . They immediately gathered around Aaron. At that time Satan took advantage of the opportunity and made an image of Moses, visible suspended lifeless between heaven and earth. The Jews pointed to the image with their fingers and said, “For this is the man Moses . . .” In this version, the Israelites actually see a (false) image of Moses dead! It would be understandable for them to give up hope. The Midrash imagines only a powerful character like the Satan – the Accuser, the constant foil to the Israelites – could make them lose hope in so dramatic a fashion.

Perhaps it’s more understandable, though. We have been waiting a long time to end this pandemic chapter of our lives. Many have lost faith and succumbed to nihilism or anger, as evidenced by this wave of protest. As leaders, we need to hold that despair, anger, and disappointment and be with people in it. At the same time, communal leadership doesn’t look like folding to the demands of those who have lost their hope. It doesn’t look like abdicating responsibility for leading a mob, a convoy, an insurrection to water, and then being surprised that they drink. Instead, it looks like inspiring our people to find in themselves a new source of patience, of faith, and of perseverance. In what God-willing are the last months of the pandemic’s widespread disruption of our society, I hope we all find the last amount of strength we need to make it to the finish.