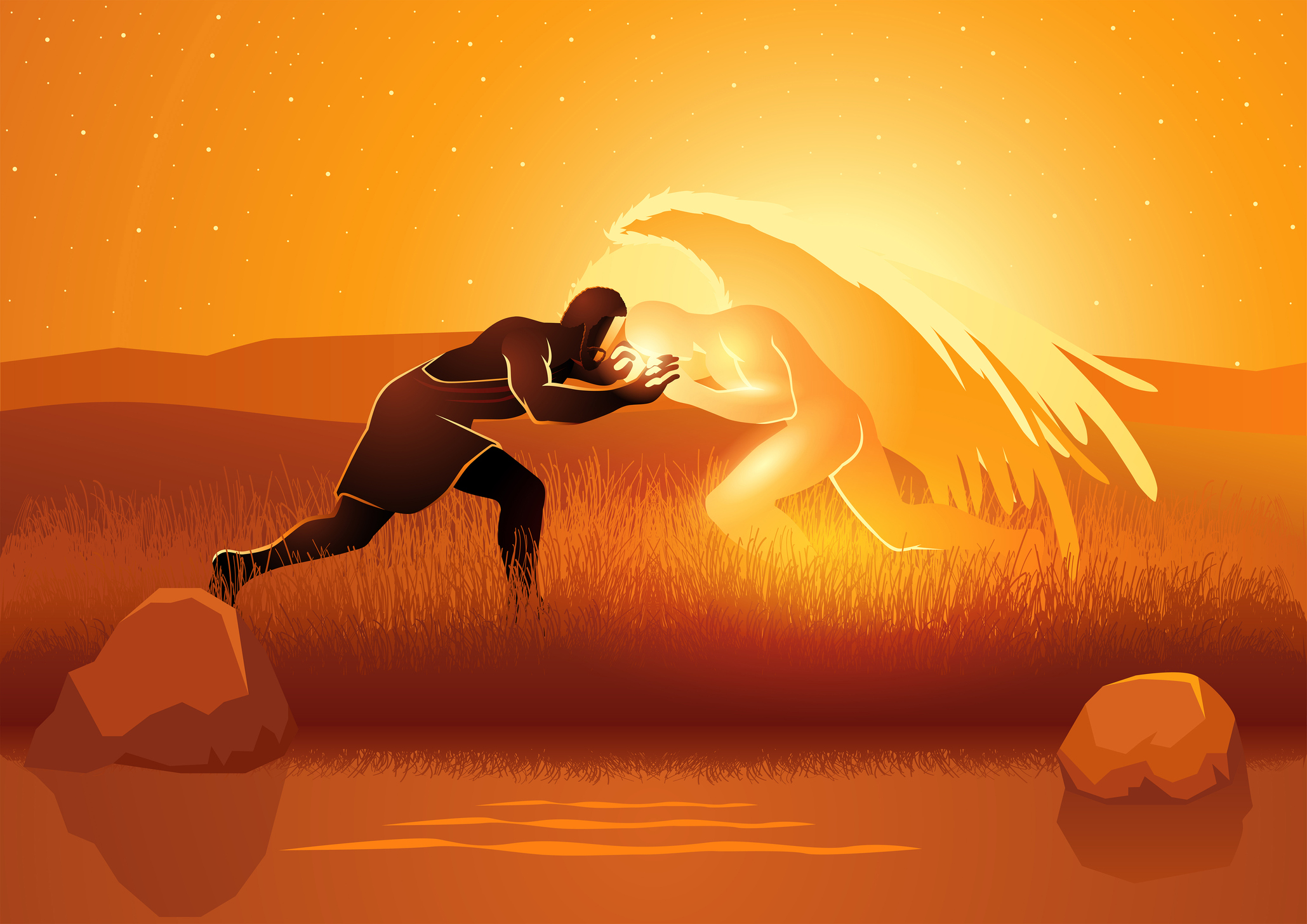 On Friday evenings, I often recite an English reading in my prayer book, which resides between the sacred words of Ahavat Olam and the Sh’ma:

As you Taught Torah
To those whose names I bear,
Teach me Torah, too.
Its mystery beckons
Yet I struggle with its truth.
You meant Torah for me:
Did you mean the struggle for me, too?
Don’t let me struggle alone;
Help me
To understand,
To be wise, to listen to know…
Lead me into the mystery.

These verses seem to validate the struggles that many of us experience around belief. To be sure, holiness can be found amid struggles, but is the struggle itself holy?

In this week’s Torah portion, Parshat Vayishlach, we refresh our understanding of struggle within Jewish tradition. Its archetypical example comes from Jacob – whose name becomes Israel as a result of wrestling with an angelic creature. We read in Genesis 32:29:

Said he, “Your name shall no longer be Jacob, but Israel, for you have struggled with beings Divine and human and have prevailed.”

Our sages make much of Jacob’s struggle both “with beings Divine and human.” The Hebrew does not lend itself to the interpretation of a being simultaneously angelic and human but rather of two distinct kinds of beings. One Talmudic passage suggests that these two kinds of beings portend two kinds of Jewish leaders – one within the Land of Israel and the other in the Diaspora (Chullin 92a). Later commentators seek to discern those with whom Jacob struggled, angelic and human. Still more emphasize Jacob’s success over these beings, focusing upon outcome over process. In all such examples, our sages seem to deemphasize struggle as an end unto itself.

Another reading is that Jacob struggled with both people and the Divine – but that in overcoming his tendencies for rivalry and deceit, he became worthy of having his name changed. Struggle is a symptom of his growth, development, and change. At the same time, if he had struggled without a higher purpose, he would have experienced all pain for no progress.

Jewish tradition is filled with examples of important struggle, not only due to our history as a people and collaborative approach to grappling with texts and ideas but also because of our focus on continual self-improvement. At the same time, without a higher purpose, struggle is just an exercise in self-flagellation. Struggle is associated with personal growth but is not a form of growth unto itself. It is a means to an end.

Struggle resides near holiness. But it only sometimes brings us closer to it.