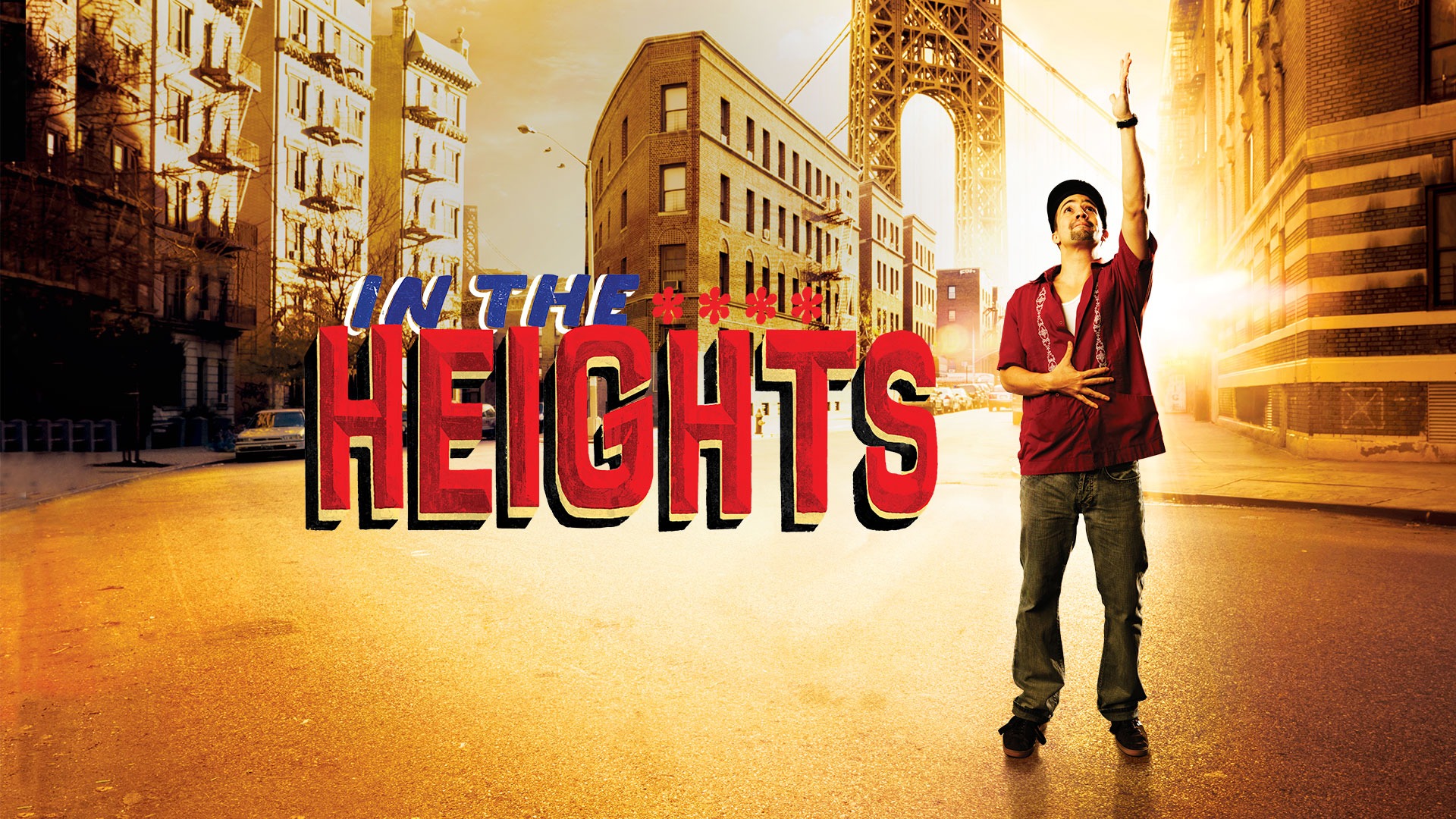 Yesterday, as I sat comfortably ensconced in my son and daughter-in-law’s air-conditioned living room, I was transported to a hot, steamy block in Washington Heights, New York City. Once I arrived, I was drawn into the community of people who inhabited a block in the iconic neighborhood in the Lin-Manuel Miranda/Jon M. Chu collaboration based on the Broadway musical of the same name- In the Heights. It debuted to media buzz, most favorable, some controversial, as there were some who felt that under-representation of Black Latinx speaking roles cast a shadow on what was otherwise a celebration of dreams planted and realized.

As can be expected when Lin-Manuel has a hand in it, the film is lively, high energy, food for the heart and soul. The songs, the dancing, and the messages are uplifting.

The theme of the film is all about dreams. Kevin Rosario (played by a gracefully aging, still a heartthrob Jimmy Smits) worked hard to build a business so his daughter Nina (Leslie Grace) could escape financial hardship and be an example of one of who ‘made it out’ and go to Stanford. She found the going rough, not because she lacked the talent or the determination, but because she felt ‘othered’ and looked at askance in a mostly white, middle to upper middle class environment.

Usnavi (Anthony Ramos) owns a corner bodega and dreams of returning to his native Dominican Republic. He is the narrator for this fantasy come true. His love interest is Vanessa (Melissa Barrera Martinez) who desires to be a successful fashion designer while working in a beauty salon. She scours dumpsters in Manhattan for lush and luscious fabrics.

Sonny, who works in the bodega (Gregory Diaz IV) is literally a DREAMer/DACA recipient. Benny (Corey Hawkins) dreams of taking over Kevin’s cab company when he retires. He and Nina have an on-again-off-again-on-again relationship. The character who ties this family of choice together is Abuela Claudia (a well-made -up Olga Merediz who aged at least 20 years to play the role) who is the childless maternal figure of the neighborhood, and a fairy godmother of sorts. The film appealed to me for the obvious reason of its high octane fuel that we needed after a year of soul-searing challenges the world has faced.

All you have to do is dream and then put legs under your visions.

My own dreams have loomed large in my imagination. One trick to being a successful solopreneur is to be in ongoing seed-planting mode. On a daily basis, I am doing outreach for new opportunities for writing, speaking, teaching, coaching, being interviewed for podcasts, articles, and tv shows. I am writing articles or doing research for them daily. For my PR clients, I do the same, getting their projects out into the world.

I am remaining visible with my work. I ask for my friends and family to share my writing, since, the more people who read it, the more life-changing impact it might have.

I am also networking and offering mutual support with others in which, as my wise father said, “One hand washes the other.” I am happy to have folks post about their endeavors on my page. We are all the wind beneath each other’s wings.

I speak often with creative souls who struggle with promoting their work. I have learned to be shamelessly self-promoting and I encourage you to be too. As a friend who recently passed had told me while I was hitting a wall when writing my book, “This book isn’t doing anyone any good in your head. Publish the damn book!” Jim was instrumental in seeing it published in 2011.

I use each piece of work I do to leapfrog me to the next one. I am constantly amazed but never surprised at the opportunities that show up because I dared to dream and believe in my gifts.

So, if you are hesitating to get your passion and purpose work out into the world, remember that wisdom.

Dare to play big in the world! I am here to cheer you on.

I know many creative souls who have turned their dreams into reality. Cass Forkin birthed The Twilight Wish Foundation in 2003 to make the world a better place for seniors, one wish at a time. To date, 4075 wishes have been granted. This came about as a result of a near-death experience and an encounter in a diner. I’m honored to have helped make a wish come true for a man in an assisted living who is a KISS fan!

Patricia Gallagher is the Flower Lady who delivers day-old flowers to nursing homes, homeless shelters, hospitals, veterans’ homes, and lucky people she passes on the street. I’ve had fun participating in random acts of flowering, as she calls it.

Grace Key is an artist and entrepreneur who created her clothing line called Candidly Kind. This young woman is a bright light who happened to be born with Down Syndrome. She has donated over $42,000 of profits to various charities. I joyfully wear a shirt I purchased from her.

Sara Cunningham is the founder of FREE MOM HUGS, that came to be when her son Parker revealed to her that he is gay. She travels around the country, hugging at Pride Fests. She is also a minister who marries same-sex couples and a stand-in mom at same-sex weddings. She is working in collaboration with Jamie Lee Curtis to film her story. I love being a member of a local chapter.

My own work with Hugmobsters Armed With Love was created in 2014 with the impetus to open hearts and embrace people worldwide. Sometimes I do it solo, sometimes with friends. Since then, I estimate I/we have hugged thousands in the United States, Canada, and Ireland.

Live your Sueñito and it will inspire others to do the same.

“A dream isn’t some sparkly diamond we get. Sometimes it’s rough and it’s not so pretty.”-Usnavi