How Treating Rehab As A Prayer Helped Me Begin To Heal 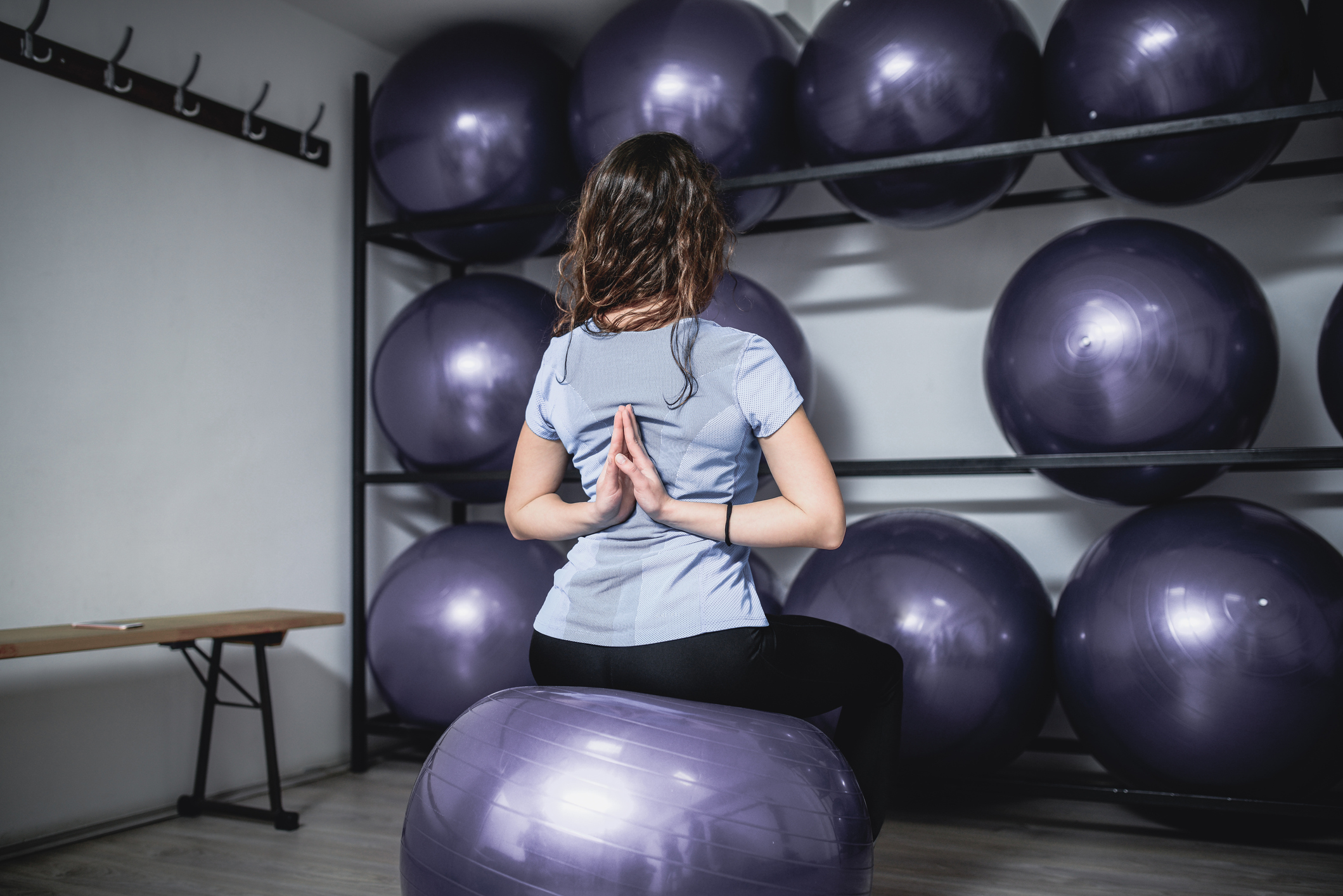 A few weeks ago I discovered I could barely move my right arm. I could not tie my hair behind my neck without contorting myself. When driving, I couldn’t reach across to the passenger’s seat without searing pain. The crippling came like a bolt out of the blue. The pain interfered with sleep, leaving me a zombie.

Stunned, I consulted a Feldenkrais Practitioner to see if the rest of me had been moving in such a way as to constrain my arm. A few years ago, the Feldenkrais Method of Somatic Education had freed me from chronic hip pain, which even a decade of yoga hip openers, plus orthotics and physical therapy hadn’t resolved. Then, my patterns of breathing, posture and movement had produced pain in my hip.

This time, I thought I’d try Feldenkrais first. The practitioner helped me discover that my right ribs didn’t move as easily as those on my left side. I’d had minor surgery on my right breast in March. Had my ribs clung together protectively during or after the biopsy and remained stuck? The strange diagnosis and its implications precipitated a deep funk and I became less active, perhaps hastening my shoulder’s dysfunction so that, during a summer swim, I couldn’t do the crawl. Then a cool project landed in my lap, or on my laptop. In my excitement, I glued myself to the computer. Had I inadvertently superglued my shoulder?

As I pondered these sobering possibilities, I consulted my doctor. He ordered an x-ray (normal) and prescribed physical therapy, which I decided to try again. I found a practice within walking distance, whose bright open-plan office overlooked treetops, which I hoped would make it palatable. As the slender and serene physical therapist carefully moved my right arm in a few directions, she remarked that she sensed tightness in my shoulder joint. She wasn’t sure if it was technically “frozen” or “freezing”, not yet stuck, but on the way. She gave me simple exercises to do between visits to keep the arm moving in the socket.

At home, I maniacally Googled “frozen shoulder”, as if obsessiveness would magically release me from the trap which my shoulder had become. What I found landed as a punch to my gut. There is still no definitive way to treat “frozen shoulder”, a term that covers a range of issues including an accumulation of scar tissue in the joint. The condition, which is correlated with mid-life hormonal shifts in women and can also arise in anyone after a period of limited or restricted shoulder use, is “self-limiting”. Like a strange dybbuk, it disappears as inexplicably as it arrives, perhaps months or years later. Some sufferers opt for steroid injections or surgery, but those procedures carry risks with no guarantees.

After a session in which the physical therapist manipulated my shoulder to the point of throbbing discomfort, I walked by a Cryotherapy and Float Spa and inquired inside. The brief, frigid immersion is supposed to relieve chronic pain, reduce inflammation, improve joint function and alleviate scar tissue. That evening, I read an article claiming that cryotherapy could help with “frozen shoulder”. What did I have to lose?

I went the next day for their half-priced “Cryo Happy Hour”. To prevent frostbite, the spa gave me white socks, black booties and puffy blue mitts, which I wore while standing in my underwear in an octagonal stall filled with liquid nitrogen mist. The attendant instructed me to keep my chin above the vapor and to turn continuously, as if I were on a rotisserie, as he gradually reduced the temperature from minus 140 degrees to 200 below. After three long minutes, my thighs felt icy and my face and arms tingled as if I’d summited a snowy peak.

Alas, my shoulder still ached. Perhaps regular cryo sessions would help, except it would be an expensive experiment. I suspected I’d been drawn to the prospect of an exotic, exhilarating fix out of a desire to avoid the daily discipline of PT exercises and the need to cultivate unprecedented amounts of patience and self-compassion.

Determined to change my fate, I Googled some more, as if the key to freedom resided online. I found a study that cast doubt on whether intense treatment, such as my therapist’s manipulation, made a difference. I crowdsourced among Feldenkrais Practitioners, many of whom are also physical therapists, to learn more. Several confirmed that intense treatment didn’t hasten recovery. Others warned that loss of range could result without it. A few people recommended crawling. That seemed more fun. I set my iPhone timer for five minutes, got on my hands and knees, and imagined I was a panther, prowling with a sinewy, articulated shoulder. When I stood, I felt better.

At my next appointment, I shared my discoveries with the PT. She agreed to back off on the manipulation, yet reminded me that exercises, repeated throughout the day, will speed my recovery when the thaw arrives. Meanwhile, she had me sit on a chair and use a pulley to stretch my right shoulder. I found it mind-numbingly tedious. Yet, as I later watched another client do the same thing, mechanically and quickly, and heard her complain that she wanted to get it over with, I knew I needed another approach.

Moshe Feldenkrais, a mind-body pioneer whose large repertoire of movement lessons foster awareness, said, “What I’m after is not flexible bodies but flexible brains.” Even if my right arm was as inflexible as a mannequin’s, could I adopt a supple attitude about it?

While walking in the woods one afternoon, I thought of my extended stay in Marrakech last February and how I’d been deeply moved by the call to prayer, amplified by crackling loudspeakers five times a day. The ritual brought crowds of the faithful into the mosques and pockets of calm to the chaotic city. Could I view my exercises as calls to healing and treat them as a spiritual practice?

What if each time I placed a heating pad on my shoulder, I did so with as much reverence as someone who donned a ritual garment? What if I approached my body’s mysterious workings with humility, as if encountering the mystery of the divine? What if using the pulley is like reciting a psalm, maybe not a favorite, but still part of the liturgy? What if crawling is supplication for the restoration of function? What if visits to the physical therapy office were akin to attending a minyan or prayer circle, where each person’s presence supports collective healing?

As I continued my forest stroll, it dawned on me that I could do some stretches and exercises outdoors, surrounded by beauty and fresh air, rather than staring at a wall. I stopped by a tree and placed the fingers of my right hand on the rough bark and gently walked them, eensy weensy spider style, as high as they could go. That is when I had another epiphany. Maybe I could be playful as well as prayerful. What if singing the spider song as I did that exercise made me laugh and helped me feel better? Maybe the next time I crawled, I could growl or purr. Who said healing had to be a grind?

That evening, with my mood lighter, I gently tossed a colorful, expandable mini-sphere with my right hand. As I increased the range, pain shot through my arm. I didn’t recoil and the sensation quickly dissipated. Visits to an acupuncturist provided further relief. With hope restored, I recalled more of Moshe Feldenkrais’ distinct wisdom. When teaching in Amherst, Massachusetts in 1980, he proclaimed that exercise is a job for life: “…if you attend to your trouble while you attend to your exercise… the trouble gets ingrained.”

Whether I think of this rehab process as praying or playing only matters as a way to not “attend to my trouble” and get hung up on my stuck shoulder. That is a lesson for life. Although I can’t predict when it will thaw, and while I don’t have a choice about aging, I can choose whether or not to become a kvetchy old fart. That prospect terrifies me more than a bum shoulder.