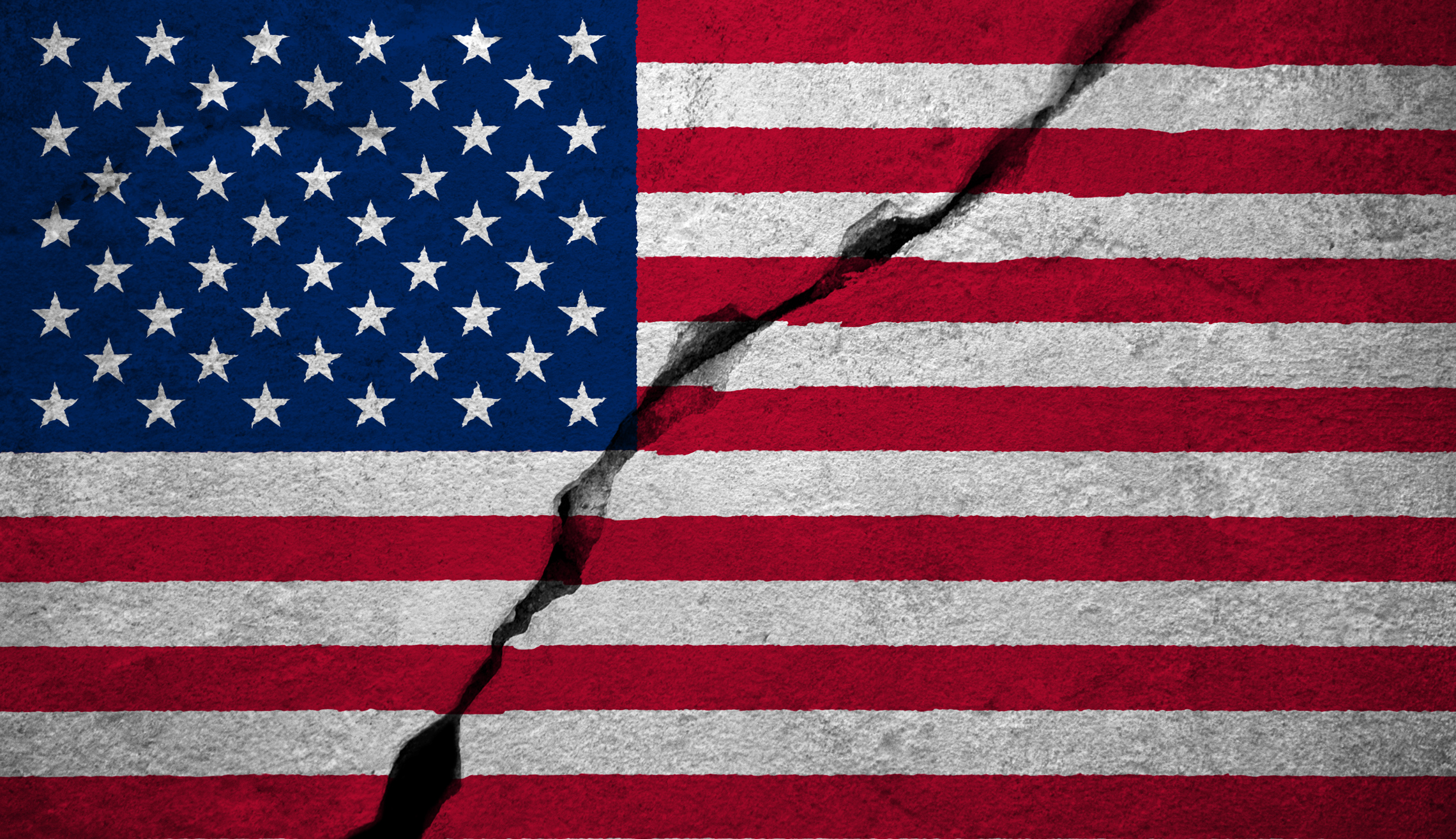 What we are witnessing in America is no doubt an internal conflict of historical consequence. We should not be naive as to where we are as a society, engaged in internal warfare. If you can’t see it now, you will when the history books are written about this moment in our nation.

It has often been said that “America will not be destroyed from without, rather from within.” That warning has never been more true than now. Over the next few months, we will come face to face with a malignant force of society that is attempting to dislodge our democracy by perverting our freedoms and rights to suit an unAmerican agenda. It’s called the MAGA Movement and its leader, Donald Trump as President, has just been deposed of power.

This movement is now being forced underground as Tech and Social Media purge MAGA and its conspiracy proliferates from its platforms starting with Trump himself. This subversion of the MAGA voices emboldens their resolve to “fight back” against their perceived enemies. However, we are not powerless against this ideological foe. Now is the time for us to acknowledge what must be done to regain our civility as a nation of, by and for the People. What can we do???

ENGAGE IN THE FIGHT FOR THE TAKE BACK OF OUR NATION

Crisis just doesn’t amply define the moment we are in right now. Conflict is a better word for it. With the insurrection staged on January 6th, we now see that pervasive disinformation disseminated by MAGA sycophants and a lost election removing their leader from the seat of Power produced extremists consumed and inflamed. Even worse, we are now learning how deep their contempt runs, as state legislators and even firemen are being exposed as active participants in the failed Coup.

We must first acknowledge that there is an active conflict in our nation that has turned violent. But, as history has taught us, we can defeat this through non-violent means. To do this, we must engage in the dissemination of counter-information. As with most domestic uprisings, this is a war of thought. Gone are the days where we see a crazy post and ignore it. Rather we must engage disinformation wherever and whenever we find it and provide facts to support our response. We can’t be lazy either. We must provide research from trusted sources and back up our claims with solid, provable evidence.

The reason so many have been led astray is because they’ve been lulled with an emotional appeal preying on their vulnerabilities. We must resist the urge to respond emotionally and instead rely on our strength in command of the facts. If there was ever a time to contend for a redeemable future of our democracy, it is now.

We can win this battle only by recognizing this fight for what it is: a battle of thought. Our response must not be one of physical violence, but intellectual reason. However, if we are to fight using reason, we must engage with reasonable people.

Conservative Republicans are not our enemies, they’re the casualties of extreme thought.

We must recognize that the Republican Party has been taken over by a Tyrant. Because he wears their mantle today doesn’t mean they’re irredeemable. There is a clear demarcation between Conservative Republicans who see what has happened to their party and are disgusted like most Americans, and MAGA loyalists who are anarchists and want to destroy America and rebuild it in their populist image. You will recognize them and their leaders because they are often accused by MAGA as being “RINO’s” (Republicans in name only) or Traitors to the cause.

Now is NOT the time to suggest an end to our two-party system of government. We need the authentic Republican Party now more than ever. Remember “The enemy of our enemy is our friend.” MAGA has made an adversary of Establishment Republicans such as Mitt Romney, Cindy McCain, George Bush, and other voices on the Right. This is good for us as they will become allies in our cause to defeat this school of thought and reclaim our nation. We do this best by engaging respectfully and qualifying their right to debate and participate in an exchange of ideas.

However, we must be careful to not give sanctuary to those who have no fidelity to reason or truth: the MAGA crowd. They will only take up our time and stamina. If we unite with Republicans on a common theme of decency, equality, and a factual basis of truth (not a relative truth that allows them to disregard their recent failure allowing the takeover of their Party) we will stomp out even the embers of the MAGA Insurgency rather than allow it to metastasize.

The MAGA movement is a domestic terrorist group.

Our ability to label the movement ensuring they no longer rise to any form of prominence ever again is probably the most effective weapon we have in our arsenal. We must ensure that we tether this movement to the terroristic imagery we witnessed on January 6th.

Imagine if a group of Muslims stormed the Capitol and came within striking distance of Congress and was applauded by like-minded Muslims across the nation. The stigma would be endless. We must push for Congress to Impeach and Convict Donald Trump after he leaves office so as to ensure that he never assumes public office again (should felony indictments fail in the courts).

We cannot allow Congress to wait even a moment after the new session of Congress commences on January 19th. By waiting, we would allow Republicans who we need to join our cause to become complacent and distracted by the new controversy of the day. WE MUST NOT WAIT!

We must Impeach and Convict right away. We cannot wait 10 days or 100 days, we must act with urgency and brevity. The charge must be singular, Incitement of Insurrection. This will send a lasting message to more than just the MAGA crowd, but the rest of the world that America and our Bi-Partisan Democratic system of Government squashed an insurgency.

Lastly, we must associate the MAGA movement with homegrown domestic terrorism and our new Justice Department must aggressively monitor those espousing MAGA sentiments of militias and guerrilla activism. The trials of the MAGA Insurrectionists who stormed the Capitol must be made public and swift. Once our nation has moved on from this national tragedy, January 6th must be remembered in infamy as the day America came face to face with MAGA.

TC Cuthbertson is the Co-Founder of The GIPAC . His background in Sales and Marketing brings a wealth of knowledge to the political space. With his Bachelor’s degree in Government from Liberty University (Specialty Criminal Justice), he is able to pair his knowledge of how policy intersects with business.