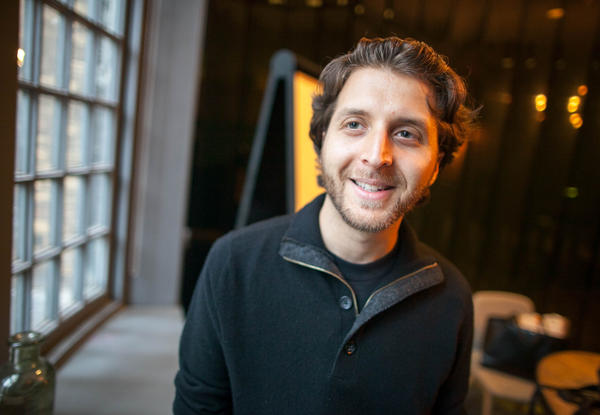 Kohelet / Ecclesiastes 12:12 warns us that “to the making of books, there is no end,” suggesting that maybe it’s enough already with the book, and that was over 2,000 years ago! So, let me start by asking you — one author to another — why another book, and what, if any, of Kohelet’s concerns accompanied you in the making of this one?

What would our libraries look like if the Jewish canon ended with Ecclesiastes’ nihilistic, subversive, depressive charge? The people of the book deserve as many books as there are Jews under the sun! And in the same way that a Torah scroll is incomplete if but one letter is missing, so it is with our people, with each voice needing representation. Why Jews Do That or 30 Questions Your Rabbi Never Answered is a book for those who might not find themselves at home in any Jewish library just yet but are craving a way in.

Why ask “why?” Some people write books describing the whats and the hows of Jewish practice. Others create books to tell the stories of the great “who’s” — the women and men who play pivotal roles in our 3500-year-old story. You focus on the “why.” How come?

The sages of the Talmud instructed that it be our own questions that animate seder night when we relive the Passover experience. If we cannot forge these questions ourselves, the rabbis offer some examples: like, “Why is this night different from all other nights?” When King David cries out, “Why have You forsaken me?” he is inviting each of us into the desperate state of why. For me, the why encompasses the who, what, where, when, and how too. It is the epitome of Jewish questioning. Each question in my book has a “why” response, but also features a “Jew say wha?” quote where we get to hear from some of the “who’s” and also features a “fun fact,” so we can taste the “whats” too.

More specifically, there are already many Jewish “why books” out there, and so many people will simply consult “Rabbi Google” with their Jewish questions, so what made you want to add one more Jewish why book at this time?

Rabbi Google can be a great resource if you know what you’re looking for, but it is far from a consistently reliable one (and you can never be sure what antisemitism you might uncover when you “Jewgle” Jewish baby strollers, for example). For all of the wonderful intro. to Judaism books out there, my students had a hard time finding a book that was playfully accessible yet rich with content and cartoons, something they could leave on a coffee table and not be embarrassed to engage in. This book came from a need that I was witnessing in my own community at Base and HoneymoonIsrael which I’ve shared a bit before for The Wisdom Daily.

Your book makes wonderful use of art and humor. Why was doing that important to you? And what larger message might readers find in your choice to combine serious answers and the light-hearted spirit which permeates the book?

The great Yiddish writer Sholem Aleichem once said, “Laughing is healthy. Doctors prescribe laughter!” While we anxiously await a vaccine and toil in the burdens of our everyday stresses, laughter and joy are a fundamental part of Jewish living. I think about it from a Hasidic Breslov perspective: Simcha isn’t simply translated as joy, it’s the elastic space between joy and despair. My students, Faby and Jenny, brought this book to life, in my humble opinion, through their art. And creating art is a deeply Jewish act, like King David’s Psalms or Bezalel of the Bible. When we meet God in Genesis, God is a creative artist, creating heaven, earth, and everything in between. It’s upon us to continue that sacred, serious, even silly creative process!

I want to ask for whom you think your book would make a wonderful present, and why for those people?

A couple was referred to me recently by a loving, concerned Jewish mother. Her son, a yeshiva day school graduate, now not religious but deeply spiritual, had fallen in love with a woman from a Catholic background. The young couple isn’t religious at all but has built a home together. The young Catholic woman is not interested in converting but is tremendously curious about her partner’s faith tradition. The yeshiva graduate isn’t interested in being his partner’s rabbi, nor does he have the answers his partner is asking, nor does he really believe in much of what he has been raised with either. I believe my book is a ripe conversation starter for this young couple, both for the Jewish partner who has been around Jewish data his whole life but may not have had certain precepts crystallized, and for his partner, seeking responses in an engaging, thoughtful, and undogmatic way.

I see a rabbi’s work as a translator in many ways. Not only translating languages but values, lifestyles, practices, and ideas too. The Piasetzner Rebbe said it was the educator’s role ledaber bilshono, to speak in the language of one’s students. Insomuch as this was my first book, it was my first published translation project and it is a humbling feeling to put my own commentary out into print not knowing how it will be received. Generally speaking, it is a deeply humbling experience to be invited into people’s curiosities, vulnerabilities, and questions. I see writing this book as part of my rabbinate at Base and I do not take a moment of that for granted. Each encounter with a student or a learner is a sacred one and deeply transformational. That was the case personally in preparing this book with my students and in hearing people’s responses to it.

What’s next for you? What big project is taking up the time and energy that went into the making of this book?

The making of the book has been generative and inspired more projects, like A Rabbi And A ___ Walk Into A Zoom. I’m also working on a children’s story right now about Passover during a pandemic, where a young third grader (my daughter’s age) speaks with her Bubby, who happens to be a survivor of the Warsaw Ghetto Uprising, and together share their experiences of Passover in quarantine. The Warsaw Ghetto Uprising took place on the first night of Passover in 1943. It’s heavy material but as my daughter just discovered Anne Frank and insomuch as I grew up with Yiddish Holocaust songs, it’s a project I’m excited about bringing to life. (Here’s a recent memorial concert I prepared in honor of Kristallnacht which features some of those Yiddish songs).

About what have I not asked you, but you wish I had?

Who do you turn to for your own questions? My children, my rabbis, my friends, my partner, God. Not necessarily in that order.