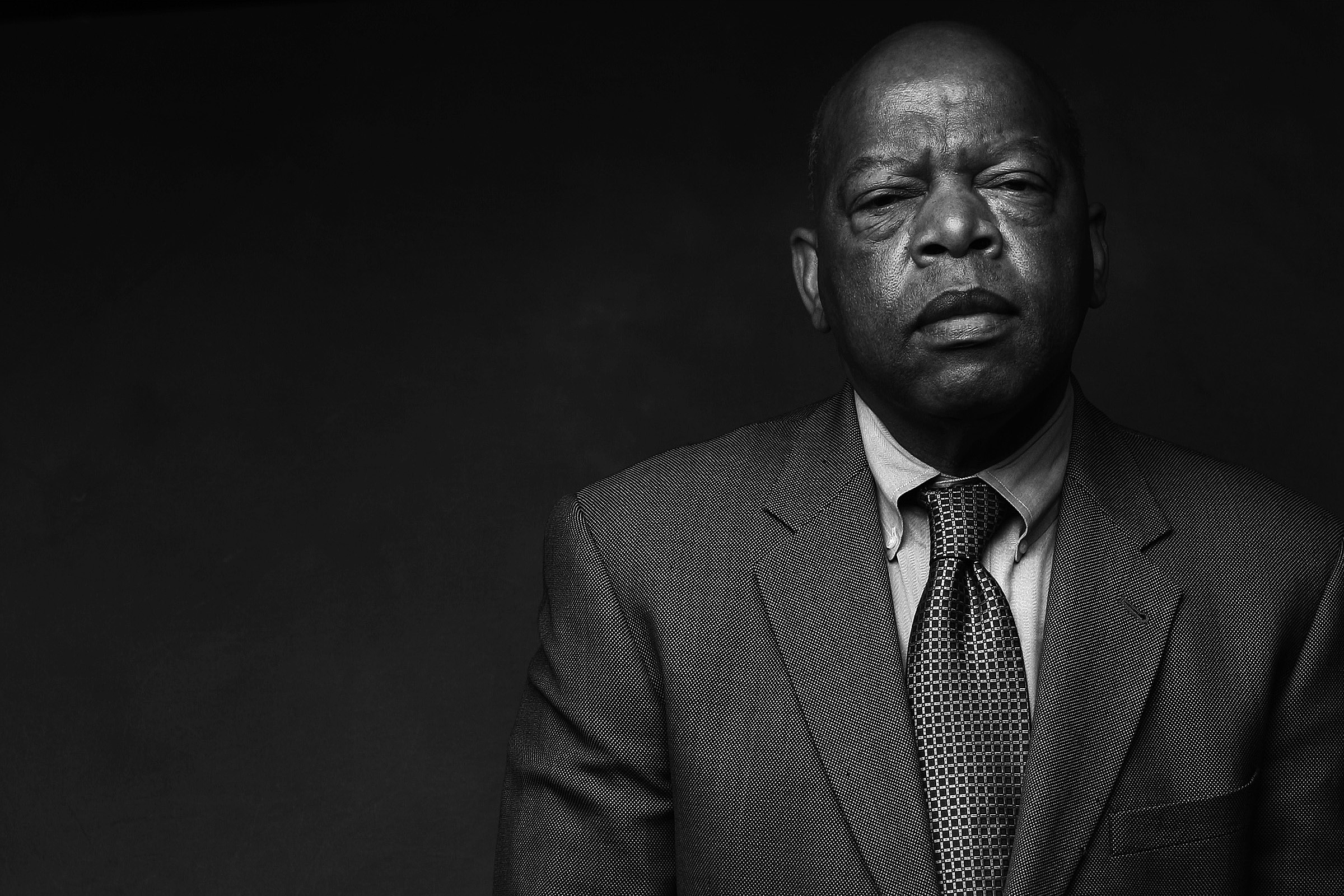 John Robert Lewis was born in the city of Troy, Alabama, on February 21, 1940, to sharecroppers Willie Mae Carter and Eddie Lewis. John was the third of ten children his parents had together. He attended segregated schools and was told by his parents not to challenge the unfairness of the Jim Crow Laws in the South. Lewis did the complete opposite of what his parents told him and became an American Civil Rights leader and politician, most famously known for becoming the chairmanship of the Student Nonviolent Coordinating Committee (SNCC).

As a teenager growing up in Alabama, he was highly influenced by Dr. Martin Luther King Jr. and Rosa Parks. Lewis chose to study religion and philosophy at Fisk University and American Baptist Theological Institute, earning his B.A. in 1967. While he attended college, he joined the nonviolent protest and participated in the sit-ins at lunch counters and many other segregated public spaces.

In 1961, Lewis joined the Freedom Rides that confronted segregation of Southern interstate bus terminals.  John and many other Freedom Riders were often repeatedly beaten and arrested because of this experience.

In 1963, Lewis became chairman of SNCC and became one of the “Big Six” leaders of the Civil Rights Movement amongst Martin Luther King Jr., A. Phillip Randolph, James Farmer, Whitney Young, and Roy Wilkins. Lewis also helped organize the March on Washington. He was the youngest speaker at the event, at the age of 23 years old, and though he had to edit his speech to please some of the organizers, he still conveyed an impressive speech declaring, “We all recognize the fact that if any radical social, political and economic changes are to take place in our society, the people, the masses, must bring them about.”

In 1966, Lewis left the Student Nonviolent Coordinating Committee and moved to Atlanta – where he continued to be active in the Civil Rights Movement. Lewis became the director of the Voter Education Project in 1970, and they helped him register millions of minority voters in the country. In 1977, President Carter put Lewis in charge of ACTION – which was the federal volunteer agency that included Volunteers in Service to America (VISTA) and Peace Corps.

Lewis ran for elective office in 1981, earning a seat on the Atlanta City Council. A few years later, in 1986, he was elected to the House of Representatives representing Georgia’s 5th District. During his time in office, he requested improvements in education, healthcare and took measures in fighting poverty.

Over his lifetime, he has received several awards, including the Martin Luther King Jr. Nonviolent Peace Prize in 1975, the John F. Kennedy Profile in Courage Award in 2001, and the NAACP Image Award for Outstanding Literary Work – Biography / Auto-biography in 2007.

Lewis wrote several books, including Walking with the Wind, published in 1998, the March trilogy, and a graphic novel series based on his experiences in the Civil Rights Movement. In 2016, he won the National Book Award for the third book of the March trilogy. During his acceptance speech for the award with co-writer Andrew Aydin and illustrator Nate Powell, he mentioned, “Some of you know I grew up in rural Alabama, very poor, very few books in our home. I remember in 1956, when I was 16 years old, going to the public library to get library cards, and we were told the library was for whites only and not for coloreds. And to come here and receive this honor, it’s too much.”

In 2017, Lewis and Aydin won the Coretta Scott King Book Award, and in 2020 the documentary debuted John Lewis: Good Trouble, elaborating on his life and career. In December 2019, Lewis disclosed that he had been diagnosed with Stage 4 pancreatic cancer. Lewis had a lot of hope in the medical system because this type of cancer has been treated in several cases, mentioning he would return to work as soon as he recovered. However, on July 17th, 2020, Lewis passed away due to pancreatic cancer.