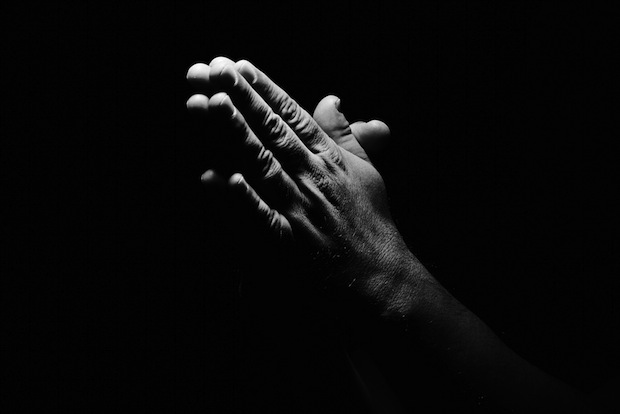 Here we go again. On Monday, a narrowly divided Supreme Court upheld that decidedly Christian prayers are allowed at the start of local council meetings, declaring them in line with long national traditions. The court said in a 5-4 decision that the content of the prayers is not significant as long as they do not denigrate non-Christians or try to win converts. Interestingly, the Obama administration backed the winning side, the town of Greece, N.Y., outside of Rochester. Not surprisingly our culture warriors lined up.

Senior counsel David Cortman of the Alliance Defense Freedom, which represented the town, applauded the court for affirming, “that Americans are free to pray” as if before this decision people weren’t free to gather before the meeting to pray. Ayesha Khan, legal director for Americans United for Separation of Church and State, said the court “disregarded the interests of religious minorities and nonbelievers” as if people “having to” listen to a twenty-second prayer by a neighbor (the decision is about local town councils where people tend to know each other) is some terribly disrespectful, excluding, coercive act. Really?

There is something absurd about all this or if I may say, there’s some bad faith here. The winners of the lawsuit won because as Justice Kennedy writing for the majority said, these prayers are merely “ceremonial,” not meant “to exclude or coerce nonbelievers.” In other words, this sort of prayer is allowed specifically because it is trivial or as Merriam Webster defines ceremonial, “without real power or influence.” Great win. And anyway, what sort of religious people feel it a meaningful prayer experience knowing that their actions are hurting (whether they should or not is another question) their fellow citizens and what sort of god are people praying to who would be interested in prayer that hurts people.

And as for the losers in this suit, why are they so bothered by other people praying with explicit reference to some god they don’t believe in or think even exists anyway? Why so quick to feel disrespected and excluded by fellow neighbors who are using their particular “technology” to “place town board members in a solemn and deliberative frame of mind”? Why imagine the worst about one’s neighbors especially given that after the complaint was lodged, non-Christians, including a Jewish layman, a Wiccan priestess and the chairman of the local Baha’i congregation, opened four of the next twelve meetings. This feels like town council policy is pretty sensitive to religious pluralism and diversity.

Whether a “ceremonial” prayer is really required to open a government meeting, yet alone makes any difference seems a rather unimportant question given the serious challenges we face in this country these days, but it does invite us to reflect on what is happening with regard to the separation of church and state – one of the great innovations in governing. Historically, this innovation protected both religion and state from their worst impulses to abuse power. But the relationship between religion and state, like all living relationships, is dynamic and always shifting. Separation of church and state ought to be seen as a verb not a noun – an ongoing construction – and today we are in a serious period of renegotiation and recalibration of the relationship.

But we need to be honest about the increasingly shrill quality of this debate as often the debate is less about religion and state, and more an expression of liberals’ (secular and religious) disdain and fear of religion and of religious conservatives and religious conservatives’ absolutism, contempt for non-believers, and overreaching attempts to legislate their views. This is bad faith and bad for America and has the dual effect of weakening, if not impoverishing our public policy debates and of provoking an angry reaction from traditional religious people who have felt dissed, excluded, and barred from bringing their whole selves to the public square.

We need a debate that transcends both religious fundamentalists and their arrogance in imagining they know exactly what God wants for us, and secular fundamentalists and their arrogance in thinking they know exactly what the god they do not believe in wants for us. America is neither France where religion is rejected nor Muslim countries where religion is oppressive. We are a unique experiment in religious liberty. But religious liberty assumes a robust religious life in which people can and will draw on their wisdom to contribute to the public square.

As we renegotiate the line between church and state we need to address both the left’s historically legitimate fears of religious coercion and the right’s legitimate claim of the richness and depth religious values and wisdom contribute to life. We need a third way of understanding the separation between church and state – a never firmly fixed place between the right’s religious triumphalism (that simply feeds the fears of the left) and the left’s trivialization of religion (that feeds the anger of the right).

Perhaps we need more of what the right and the left both advocate. We need more openness to public expression of religious values and wisdom (the partial truth of the right) offered in an accessible language to people of different faith systems and we need stricter institutional boundaries between religion and state (the left’s partial truth) to insure genuine religious liberty. Paradoxically, the expansion of religious liberty (a liberal goal) requires greater openness and respect for religious expression in the public square. And the openness to greater religious expression in the public square (a conservative goal) requires stricter institutional boundaries. Whether this Supreme Court decision was indeed an expression of this third way or was simply a kinder and gentler attempt to Christianize America, I don’t know. I pray it was.

Please also take a moment to view Brad’s video commentary on this decision, where he discusses how we got to this place, how the court rendered its decision and how we can move forward in as healthy a way as possible from this decision: