Are You Living Your Life, Or Just Documenting It? 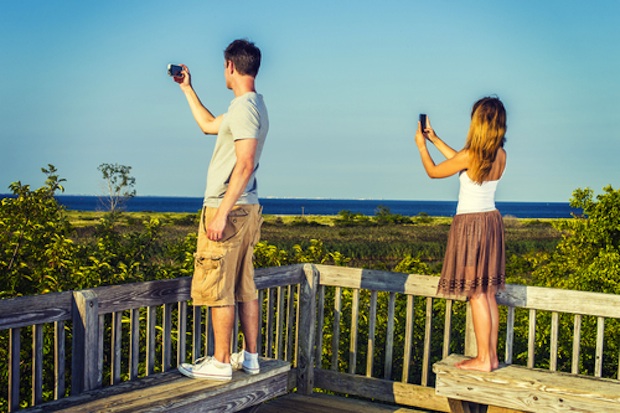 Have you ever sat behind someone at a concert who seemed to be watching the concert through his smart phone screen, incessantly Instagramming? Have you taken more pictures in the past few years than in your whole life? Well, there’s a karmic snafu to our technology-enabled, snap-happy attempts to preserve every “amazing” “meaningful” moment in our life.

While our intention in photographing everything from the banal to the momentous is to remember, the net result on our brain may be the opposite. Taking too many pictures of something might make us forget the very precious memories we’re trying to preserve.

A recent psychological study by Linda Henkel of Fairfield University has provided some proof of a “photo-taking impairment effect.” According to Henkel, “When people rely on technology to remember for them – counting on the camera to record the event and thus not needing to attend to it fully themselves – it can have a negative impact on how well they remember their experiences.”

In the study, participants who took pictures in a museum remembered less about the exhibit the next day than their camera-free counterparts did. It seems those who use technology to document what they see are less attentive and, arguably, less able to enjoy experiences fully.

Taking too many pictures of something might make us forget the very precious memories we’re trying to preserve.

Henkel’s research is limited; it only tested next-day memory and not long-term recollection ability between two groups, and it tested remembering objects, not people. But the research suggests the volume and lack of organization of our digital photos discourages us from accessing and reminiscing about them. To remember, we have to revisit and interact with our photos, rather than just amass them.

Has our obsession with taking photos to capture a moment stopped us from experiencing the moment? Is our constant picture-taking a desperate attempt to imagine that every moment of our life has so much meaning that it needs to be preserved? If we don’t connect to a moment, will any amount of pictures make that moment meaningful?

If the very act of photographing an event means we’re less likely to remember it, how about experimenting with a one-week camera fast – how would we experience life, and what would we remember about the week, if we didn’t take a single photograph? Would it change the way we use our smartphone cameras going forward?