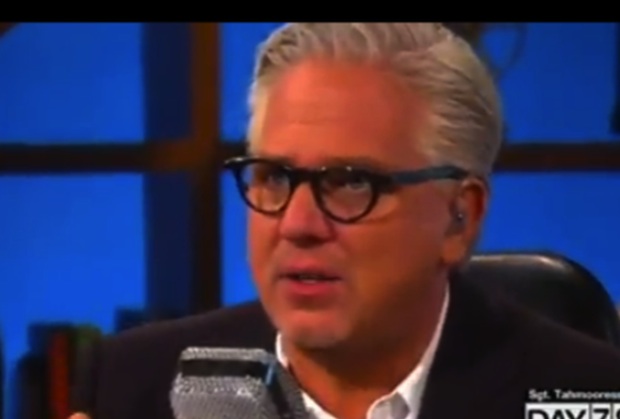 I don’t want to make more of this than it is especially given the serious polarization that does exist in this country (see recent Pew study which I will be writing about next week) and the very uncomfortable blowback I received from my last post on Glenn Beck. But speaking on his radio show on Tuesday, Glenn Beck said something that I imagine you would never expect him to say. He delivered a rare admission saying the violent unraveling of Iraq is proof that liberals who opposed the invasion of Iraq in 2003 were right.

While most liberals in the Senate and Congress, including Hillary Clinton and John Kerry as well as leading liberal journalists like Thomas Friedman and the late Christopher Hitchens were in favor of the invasion, Beck referring to liberal progressives who opposed the invasion said,

“Most people on the left thought waging war on Iraq was a bad idea from the beginning… Let me lead with my mistakes. You were right. Liberals, you were right; we shouldn’t have.”

This admission was so surprising that the Huffington Post, MSNBC, Politico, Salon, and The View covered it. You can listen to the whole segment here which talks about areas that perhaps both right and left can agree upon, with Beck’s comments about Iraq beginning at about the six-minute mark. I think it is worthwhile for those who have deep mistrust for Beck because of his contribution over the years to polarization in America to listen to this segment and note three things:

I have no idea what tomorrow will bring regarding Beck’s claim and desire to mitigate the divisiveness and contribute to the coming together of Americans. I do believe Glenn, whose friendship I value and from whom, over the past two years I have learned much about conservative/libertarian values and beliefs, is indeed wrestling and reflecting more deeply on this issue than any public political and cultural commentator on either side of the nasty divide.

The polarization in this country is quite ferocious. And yes, I know the proof will be in the pudding. But I do know that admitting one is wrong and the other side is right and risking the wrath of one’s own constituency is very rare these days. I wonder what, over the past decade, we liberals (yes, I remain a liberal) would say we were wrong about; conservatives were right and thereby risk the anger of our team?