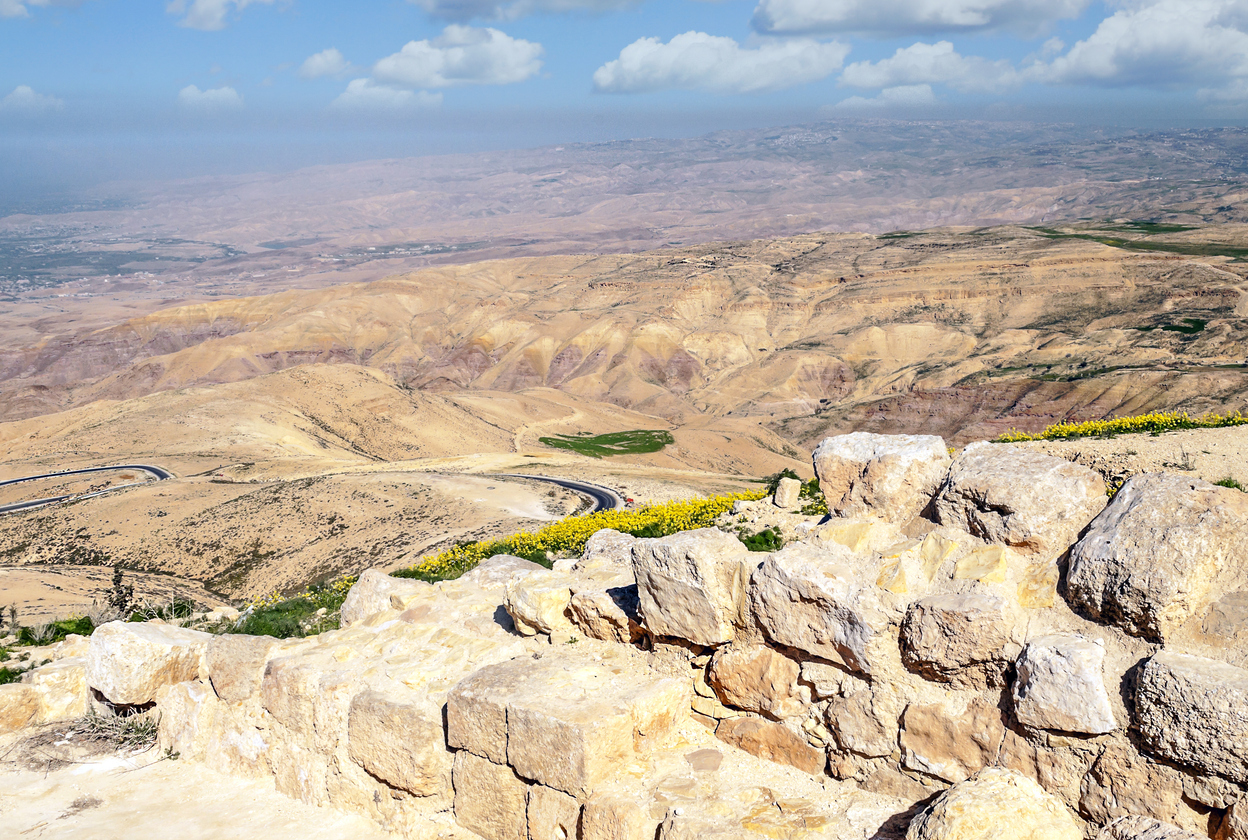 Heartbreak abounds in our Torah reading this week. In spite of the inherent hopefulness of standing on the doorstep of the Promised Land – the culmination of a generation’s slow journey from slavery to freedom, scarcity to abundance – Parashat Va’etchanan instead invites us to experience the tremendous moment through the heartbreaking perspective of its leader, Moses.

While Moses has led the Israelites – 600,000 strong, stiff-necked people – throughout its desert wanderings, he has long known that he would never join them in the Promised Land, having been punished by God for his short-tempered defiance some time ago. For all the milk and honey that would soon flow before his people, Moses would taste nothing of the sweetness of the land.

Ever persistent, though, that foreknowledge doesn’t stop Moses from giving it one last shot; Va’etchanan translates literally to: “And he pleaded (with God).” God, reticent to go back on an earlier decree, denies Moses’ request but eventually allows for something of a compromise:

“Go up to the summit of Pisgah and gaze about, to the west, the north, the south, and the east. Look at it well, for you shall not go across yonder Jordan” (Deuteronomy 3:27).

While Moses would never step foot in the land he worked so hard to reach, he is at least granted the gift of laying eyes on it one time before his death.

Here’s where heartbreak yields to hope. While Moses’ punishment is remarkably harsh, God leaves him with a gift that few of us will ever receive in our lives: the foreknowledge that a “last” experience is coming, coupled with an (implied) invitation to savor it as such.

Our lives are punctuated by the hopeful capital letters of our “firsts” and the stamp of finality in the periods marking our “lasts.” Take a look at your phone’s camera roll or a photo album from your childhood: first steps, the first day of school, first time on an airplane, and so on. Think about how you tell the stories of your most beloved relationships: the first time you met, the first trip you took together, the first time you navigated loss together.

We celebrate these firsts because, well, we can. More often than not, we know they’re coming. When our son Micah started “cruising” laps around our coffee table, we knew he would soon take his first steps. So as we were waiting at Logan Airport for our flight to board and I saw him pull himself up to the seats, I had my camera ready and caught the pure joy of his first steps in real-time.

The gift of foreknowledge invites us to savor the moment, to stay fully present in its liminal glory, to taste its sweetness in all its complexity. How, then, might we bring that same presence to the possibility of any experience being a “last”?

Rabbi Eliezer is famously presented with a similar question from his students. “Repent one day before your death,” he tells them (Talmud Shabbat 153a). His students, perplexed, ask: “But does a person know the day of their death?” He responds: “One should repent today, lest one die tomorrow. The result is that all of one’s days are spent in the process of repentance.” In other words, we are never given such foreknowledge about our mortality, so we should simply live as if each day could be our last.

In the same vein, a midrash on this week’s portion (in Devarim Rabbah) teaches us that Moses is told on ten different occasions times of his impending death, the final time as follows: “For I must die in this land; I shall not cross the Jordan,” (Deuteronomy 4:22). Ten separate times Moses is reminded that his time on this earth is coming to an end, that many of the moments to come will mark his “lasts.”

Soon will come the last time he will hear God’s voice. The last opening to shape the identity of the nascent nation at his back. The last sunrise to warm his face and mark a new day in his life’s tremendous journey. And here, with God’s blessing, the first and last time he will ever lay eyes on the Promised Land that has been both his life’s North Star and its asymptote – guiding him for 40 years in the desert and staying just out of reach throughout.

Sensing the weight of the moment and inspired by his elevated perspective from atop Mount Pisgah, Moses regains his focus and invites the Israelites into a heartfelt reflection about the moment:

“Has anything as grand as this ever happened, or has anything like it ever been known?” (Deuteronomy 4:31-32)

Has anything as grand as this ever happened? Moses’ words are those of someone savoring a “last” in all its glory and beseeching the Israelites to savor it just as he savors it, to be grateful for it just as he is. Knowing this is truly a “last,” Moses experiences the moment for all that it is, stamping the period at the end of his remarkable life’s journey.

In Jewish life, we are profoundly adept at celebrating firsts; the Schehechiyanu blessing is one of the first ones we teach our children, and we joyously shout it out on myriad other “firsts.” The first candles on Hanukkah, the first time you taste a new fruit, the first time seeing an old friend after a prolonged absence, the first steps you take in your new home, the first precious breath your newborn inhales.

But we have no blessing to celebrate lasts. No liturgy to snap us to attention, to pull us out of past memories or future anxieties, or whatever distraction has stolen our attention from our intention. No mechanism to ensure that – like Moses – we can let the moment wash over us in all its grace. In the words of poet Iain Thomas, no prayer to remind ourselves: “This was so good. Oh my God, this was so good.”

So as summer soon yields to fall, and the wistfulness of the season’s lasts soon takes hold, I’ll offer my own blessing:

May we be inspired to appreciate each of life’s firsts with the heart-led knowledge that they could be our last, and to recall the sweet joy of a first each time we unknowingly live a last. May we lay our heads down each night in right relationship with all those we love, and wake up each morning filled with the intention to cherish the fleeting time we have with them. And when life calls us to the mountaintop moments, may we take the time – as Moses once did all those years ago – to gaze east, west, north, and south, knowing that nothing this grand has ever happened before, and savoring it as if nothing this grand will ever happen again.