Gratitude for a Life Well Lived 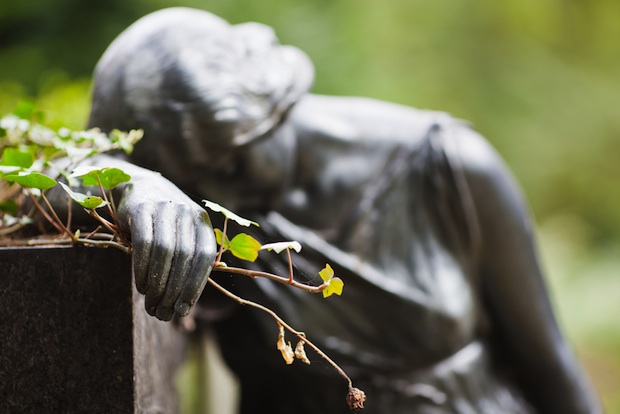 Yesterday, I buried a friend and teacher of many years. She was older, but hardly “old,” at least not from my perspective. Sadly, she had an unusually limited amount of time in which to deal with her impending death. In fact, the duration from diagnosis to demise was exactly five weeks. In those weeks, however, she continued her role as a brave teacher, living life well and wisely.

From the very beginning of the 35-day process, her dying was marked by two repeated sentiments. The first was that it really was a terrible thing that was happening. She was no Buddhist nun (not that there is anything wrong with that), teaching that equanimity in face of illness could be found by detaching from the horror of the reality she faced.

The most amazing thing was her ability to both curse the illness and deepen her gratitude.

In fact, she was quite clear that this really sucked! But that wasn’t all about which she was clear. It was understood that she truly saw her cup, in the words of Psalms, overflowing with blessing and goodness. She looked at her life – which had, as most our lives do, plenty of pain and problems – with a deep joy and gratitude.

Indeed, as eloquent as she was throughout her life about the wrongs that needed to be made right, especially for others, she was even more eloquent about how much was already right in her life, and in the world. It’s a capacity I struggle to develop each and every day, and I’m so grateful to my friend for living and teaching that capacity. Not just to me, but to everyone in her life.

In the incredibly brief time she had to confront her illness, and as her condition went from bad to worse, perhaps the most amazing thing was her ability to both curse the illness and deepen her own gratitude. She held on to both until the very end – a rare, powerful and masterful balance. It’s a teaching which will last for generations among those who witnessed it firsthand, to say nothing of readers here who now carry her story of being simultaneously filled with cancer and gratitude.

Of course I hope that neither I, nor anyone reading this, is ever tested in that way. I wonder, though, as I sit here “the morning after,” if her lesson can be lived by those of us in less devastating circumstances. How can we remain open and honest about what we experience as bad, while holding on to whatever else remains for which we can be thankful?

There’s no simple answer with which to respond, or a singular path, but I want to invite us to take one first step in that direction: Anytime we get really pissed off about something, resist the temptation to shrug it off or apologize for being upset. Instead, simply add one thought to that emotion – consider what you have that you can be grateful for, and hold onto that thought for at least as long as your initial anger or hurt.

Crazy idea? Try it and let me know.