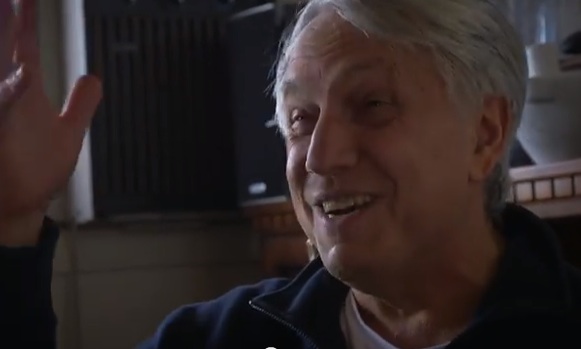 Imagine how you would feel if years of curiosity, perseverance, creativity, love of learning, and faith were rewarded with confirmation of everything you believed! Well, last week, a team of scientists announced that the BICEP2 telescope at the South Pole detected gravitational waves that could be traced to a tiny fraction of a second after the Big Bang, providing evidence to a theory about the universe’s expansion called Inflation.

Stay with me now, as I am a lot like you. While I got an A+ in Astronomy for Poets at Columbia University in 1976, I can’t string together three sentences about the Big Bang, gravitational waves or the universe’s Inflation. I can’t even conceptualize what it means that this discovery could “allow us to peer back to the very beginning of time – a million billion billion billion billion billion times closer to the Big Bang than any previous direct observation.” I admit I take the science on faith – a somewhat humbling thought when speaking to people who have no faith in science but who take the Biblical creation story on faith.

But this is a story about the feelings and emotions, the hopes and dreams that define our humanity. Stanford University released a video showing researcher Chao-Lin Kuo paying a visit to report the findings to Andrei Linde, physics professor at Stanford University who was a pioneer of Inflation theory in the 80’s. Watch the reaction of Andrei and his wife to the news – their physical stumbling, their inability to speak, their awe and wonder, their surprise and joy. Linde’s final comments in this video (at 1:50) are the most powerful as they embody the key virtue of a flourishing life – humility. Linde in his heavy Russian accent says, “This is a moment of understanding of nature of such a magnitude that it just overwhelms. Let us hope it is not a trick. I always live with this feeling. What if I am tricked? What if I believe in this just because it is beautiful? What if…”

I think the tears this video evoked for me is where the cosmic and the human meet. Where the vastness in time and space of the universe and the seeming insignificance of one human being in this universe come together. I don’t know what “five sigma at point two” means but I can appreciate the magic of believing the sky isn’t the limit and the awe of experiencing heaven on earth.