Bibi’s Right, Kerry’s Right, And, Tragically, Neither One Knows It 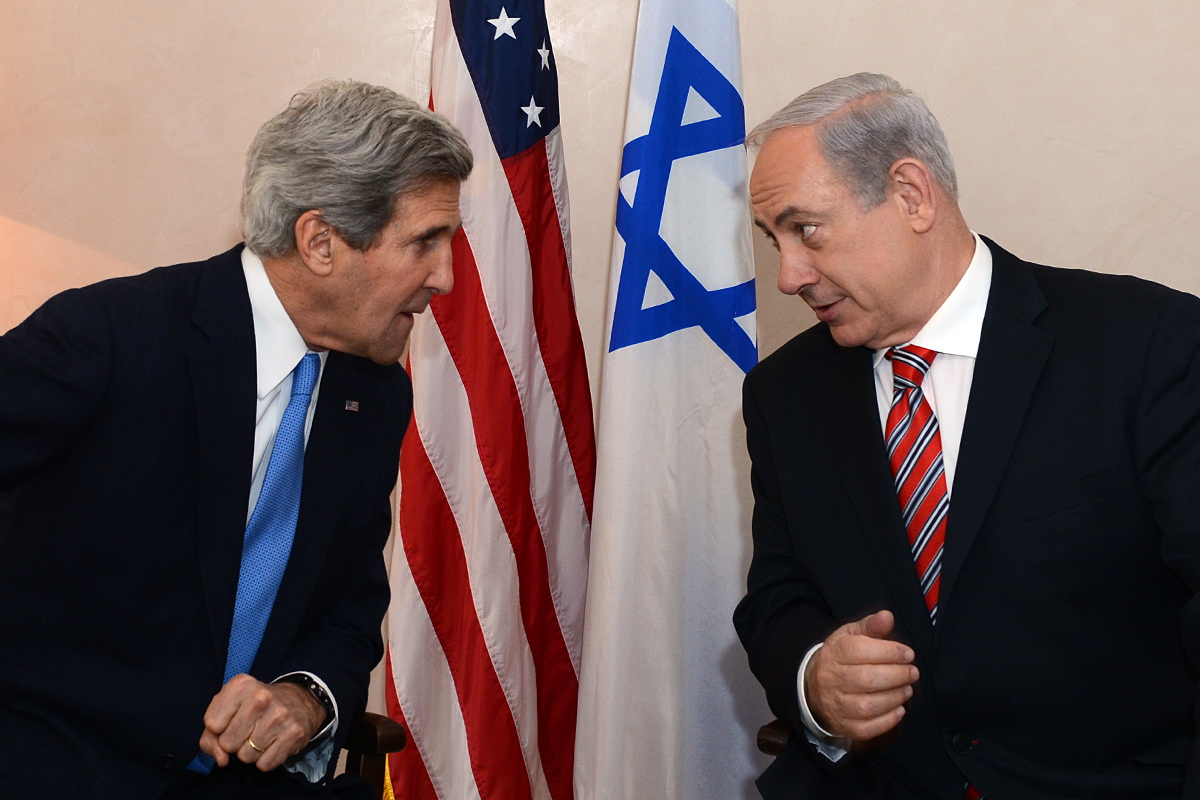 Certs Breath Mints used to advertise under the motto: It’s two, two, two mints in one.  Well, this post is actually three, three, three posts in one.  I have no other way to hold together the competing emotions and thoughts that taken me over in the last 10 days as the United States abstained when the UN Security Council voted on a resolution regarding the legality of Israeli settlements in any West Bank/Judea and Samaria territory, including Jerusalem.

The need to make it all fit coherently, an otherwise laudable, and perhaps defining, feature of our humanity, just doesn’t get the job done this time.  In fact, I think that the rush to coherence, on all sides of this issue, may actually be part of the problem.  It gets in the way of giving full weight to the genuine integrity of the multiple players’ positions.  And as hard as doing just that may be – be it from the left or the right – if you think this issue can simply be reduced to who is right and who is wrong, either you are misguided, or you really care more about having things your way, than about making a positive change in the world – however you may define that.

“Friends don’t take friends to the Security Council.”  Those were among the Israeli Prime Minister’s first words in responding to the US abstention, and I gotta say that I think he is right.  I am sure that there are exceptions to that rule, but as needlessly provocative as this PM has been – never missing an opportunity to stick his finger in the Obama administration’s eye – nothing on the ground in Israel has changed enough to warrant a departure from the basic premise of close friendships and alliances i.e. we will work out our differences between us, not through others.  It’s the same reason that parents should watch what they say in front of their kids, and certainly why they should never use them as pawns in their own internal spats.

Netanyahu is also right about how wrong this was, not from the majority Israeli perspective which he represents, but from the standpoint of US security interests.  The US abstention telegraphed that our government will not stand by its closest allies at precisely the moment when such alliances need to be most trusted.  Our enemies, and in this case the worst of those enemies are hostile to both Israel and the US, now have further evidence that they can divide and conquer us.  Not good, to say the least.

Bibi is right to be outraged because as ill-conceived/blind/duplicitous (yes, my feeling are showing) he has been regarding the long-term future of Israel and the Palestinians, this abstention, given its timing, was somewhere between adolescent moral posturing and empty venting by a bunch of frustrated lame ducks.  Nothing constructive could come from such behavior and quite the contrary; it only serves to harden the most extreme positions on any side of the issue.  So, yeah, Bibi is right.

“Friends need to tell each other hard truths.”  The Secretary of State is right.  Just as friendship shapes how and where friends communicate (Bibi’s point), it also shapes what they say to one another, and that sometimes includes really tough stuff.  In fact, if it doesn’t, then one might argue that it is not a true friendship, but more of a “pander-ship.”  There has been precious little evidence that sharing the “hard truths” has gone so well, however and wherever the current US administration has tried to do so in the past.  And even if their truths are not true, which some may think, they belong to a dear friend and demand to be taken more seriously than they have been.

However painful, for some of us, to hear, and however partial or even biased the Secretary of State’s review of the past history, current status, and future challenges between Israel and the Palestinians may be, I challenge anyone to identify anything false in his words, or unreasonable in his analysis.  You may not like what he said, or agree with how he put it together, but he wasn’t just blowing smoke up there at the podium, so simply dismissing him, or raging at him, is about as smart as an ostrich seeking safety in the face of an oncoming locomotive, by burying its head in the ground.  The bottom line is that for Israel to remain both Jewish and democratic, something has to give.  If you don’t like the Secretary of State’s understanding of where that needs to lead Israeli policy, then come up with a real alternative.

Kerry was right in taking the Palestinian leadership to task.  In fact, he spent at least as much time taking the Palestinian Authority to the woodshed as he did the current Israeli administration.  Forget about Hamas, which he correctly and unequivocally labeled a terrorist organization – even going so far as to legitimize Israel’s ongoing battles and occasional wars with them – the Secretary had plenty of harsh criticism for many policies and practices of the PA and its President, Mahmoud Abbas.  He made it clear that one cannot celebrate terrorists as martyrs and claim to be a reliable peace partner, and that was just for starters.  Like Bibi, Kerry is right.

And, Tragically, Neither One Knows It

This is the part that is most crazy-making, let alone, solution-confounding.  Everybody is so damn busy being right, that they can’t get their heads around the fact that complex challenges typically have complex solutions, or at least ones which require more sophisticated thinking than is likely to be found in any one place, even when that place is their own brilliant mind.  No, not all views and positions on this issue are equally valid, and yes, we all bring a greater level of commitment to the solutions which make most sense to us.  But that has nothing to do with the collision of multiple arrogances which summarize the past 10 days at least, and perhaps much of the Middle East conflict as a whole.  For example, how different would it have been if at any point in the weeks leading up to the Security Council vote, or the days following it, as much energy had been spent on what was right about the side with which any of us happen to disagree, than was spent screaming about what was wrong with it?

I am not talking here about how to fit all of the views together and solve the issue.  That is exactly the kind of coherence which is not likely to be found at this point.  I am talking about recognizing the partial truths found among those we deem basically wrong, and asking what we could do to respond positively to those partial truths.

Imagine ending all discussion of solutions, for a while anyway, and spending time getting clear about where those we deem wrong, may be at least a little bit right, or at least not altogether crazy.  Imagine what it would look like to make gestures that we “know” will “solve nothing,” but could help reset people’s thinking about what might be possible.

I am not giving specific examples here because they would only reflect my own biases and aspirations which include loving both Israel and the US, seeing a need for change which preserves Israel as both Jewish and democratic, and extends what I believe is the appropriate measure of self-determination to Palestinians (or enough rope to hang themselves, in my more cynical moments).

In other words, my presumptions and resulting concrete suggestions are not necessarily more valid than anyone else’s who might take up this challenge, but what they would do, is stretch me to places I had not previously imagined, without demanding a full solution.  And yeah, I wish that both Bibi and Kerry were better at that.  In fact, I wish we all were, including me.  At least I am willing to give it a shot.  Care to join me?

Try this thought experiment:  beyond all the moralizing lectures and UN votes, which simply deepen the existing tensions and polarizations, what would you suggest be done to reach toward some truth found on the other side from where you stand?  It need not solve anything.  It just needs to stretch you beyond your current comfort zone in ways that reflect some need or concern expressed by those on the other side.

I look forward to publishing answers, including my own, this coming week, from Israel, where I will be with a group of soon-to-be ordained ministers.  Should be interesting…