Our Clothes, Our Selves 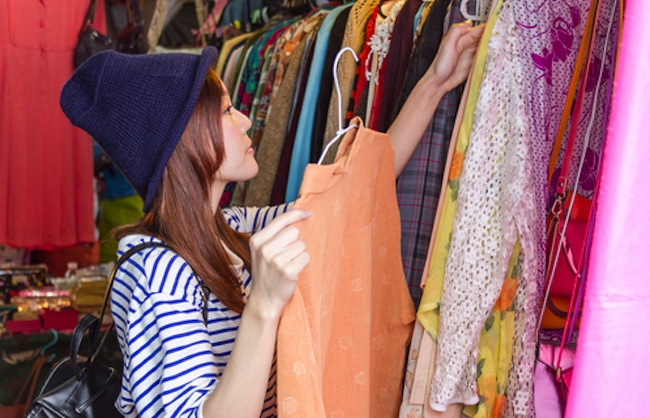 Does clothing really matter? That’s a question that I have come to take with increasing seriousness, especially as a parent of teenage daughters. Is clothing just the wrapping, and not to be confused with the real gift — the person wearing it? Or, could it be that things are a bit more complicated than that?

Well, from a purely numerical standpoint, in the United States alone, the apparel industry employs over 4.2 million people, and is a 250 billion dollar a year business. So, if for no other reason, clothing matters. But its importance doesn’t stop there. Clothes, by themselves, may not “make” the man, or the woman, but they do make a difference. While not definitive, there really is a relationship between what we wear on the outside, how others perceive us and how we feel on the inside.

We are not necessarily shallow when we care deeply about the clothes that we wear, or allow how others dress, to shape our sense of who they are. It is fundamentally human to read physical clues in order to help us make sense of the world. How people dress sends messages, and it makes sense to read those messages as at least part of our assessment making process.

So while it’s true that one should not judge entirely by the packaging, to the extent that the wearer chose the clothes in which they package themselves, it’s not wrong or foolish to take it into consideration when we make at least initial judgments.

Where is the line which defines healthy appreciation of the importance of clothing and unhealthy obsession with its significance?

But perhaps even more significant than how we use clothing to help us make sense of others, is the role clothing plays in shaping how we feel about ourselves.? Again, while it should not be all-consuming, who among us does not appreciate how what we put on physically, shapes how we are psychologically? From putting on a favorite team’s hat or jersey as a way of connecting more deeply with the team, to wearing a carefully chosen dress or suit for “the big day”, whatever it happens to be, we dress the part, however we define that, to help immerse us in the experience we hope to have.

Clothing is also aspirational. Dress as if you are who you want to be, and it can actually help you live that dream.? People feel more athletic when they wear the “right” sneakers, more confident when they dress for the job they want, etc.

Where is the line which defines healthy appreciation of the importance of clothing and unhealthy obsession with it’s significance?? There is no one answer to that question, but if you lose your appreciation of clothing altogether, whether for yourself or for others, you may be losing touch with the human yearning to wrap ourselves in our dreams and aspirations. On the other hand, if you think that you are only what you wear, then your clothing is wearing you, and your attachment is probably out of control.

I think the key lies in appreciating that while clothing is not everything, it’s not nothing either.