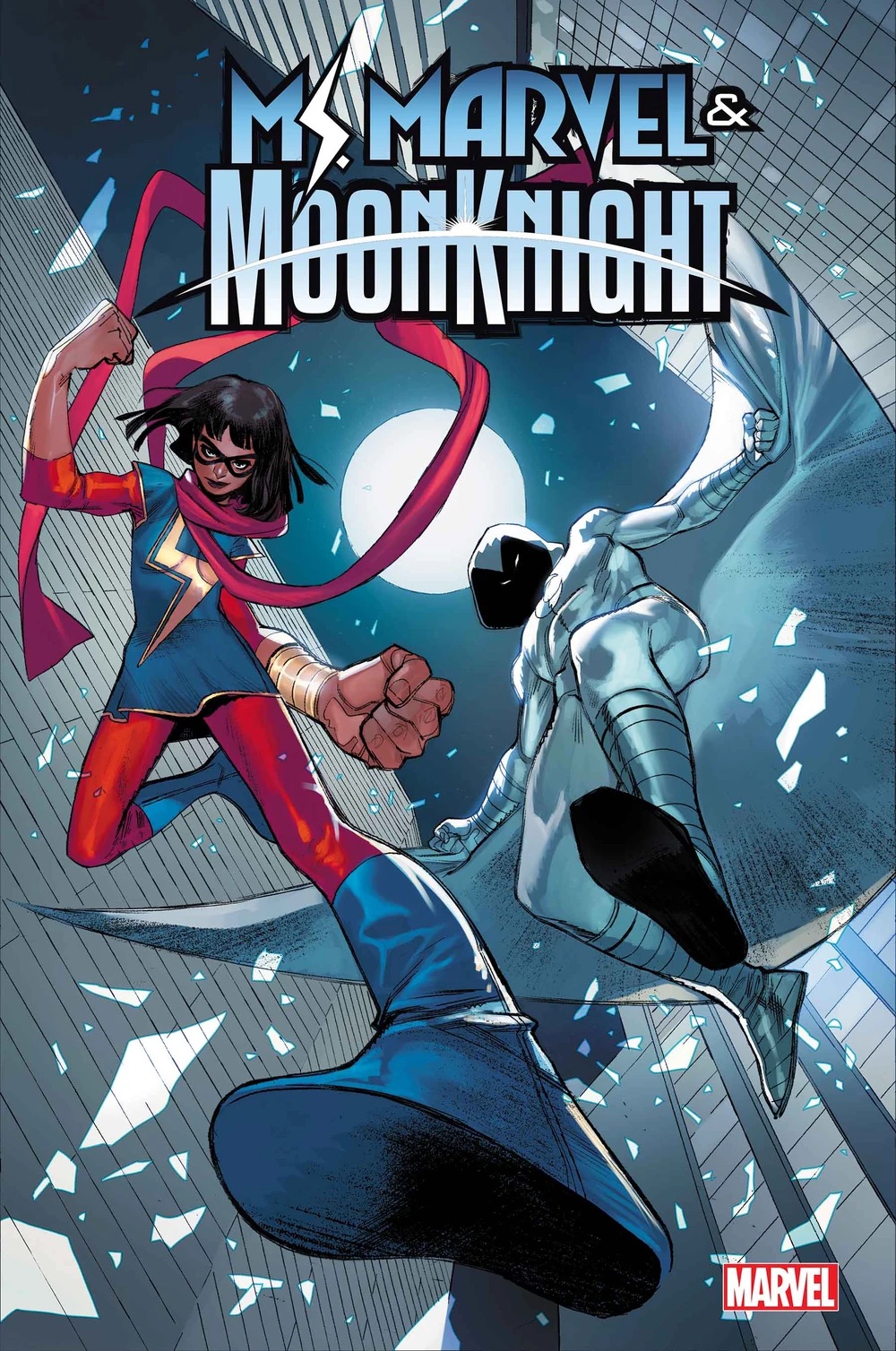 The Marvel Cinematic Universe, like our own, is expanding and the effects are fascinating.  Two recent series, Moon Knight and Ms. Marvel demonstrate how Marvel’s ambition to emulate the diversity of the comic book genre brings to light prejudices and assumptions both seen and unseen.

Moon Knight was released a few months ago with the anticipation in some corners that alter ego Marc Spector is canonically Jewish.  The show, however, is mostly set against the backdrop of Egypt, depicting Marc’s role as the often unwilling servant of an Egyptian Moon-god and his relationship with a woman who herself is a pathbreaker as the MCU’s first Arab protagonist.  The Jewish element in Moon Knight emerges in a more personal and poignant scene where Marc confronts his demons at his mother’s Shiva, leading him to angrily throw down the kippah he donned for the occasion.

Unsurprisingly, there have been mixed feelings among Jews about representation in this show, especially as the signature Jewish moment was so dismissive of Jewish identity and that Oscar Isaac was yet another actor cast to play a Jewish role that was himself not Jewish.  (As an aside, Daveed Diggs, a Jewish actor, was also in consideration).

Flipping over to Ms. Marvel, we find a completely different situation.  Kamala Khan, a Muslim high school Junior is played by Iman Vellani, a teenager who grew up idolizing Ms. Marvel in the comics because she saw a superhero who shared her own faith and background.  The story of Kamala is richly immersed in a Pakistani community in Jersey City with a range of observance from Kamala’s brother, whose visible piety draws lighthearted chiding from the family, to those who need to be dragged to the masjid for services, not unlike I was to synagogue back in the days of my own Hebrew school education.  Ms. Marvel presents this world as a realistic backdrop for the story of Kamala and her friend Nakia, who wears a Hijab and complains that the masjid’s women’s section is not conducive to a good prayer experience.

In other words, whereas Moon Knight’s Jewishness is, maybe literally, a throwaway, Kamala Khan’s Muslim identity is part and parcel of Ms. Marvel.   Certainly, an argument could be made that Jewishness is given shallow treatment here and there is a larger conversation to be had about the significance of how Jews and Judaism are portrayed amid other identities more recently taking center stage in some popular culture. For me, however, the salient point here is not about how the entertainment industry portrays Jewish identity but how many of us see our own.

The stories that have been told about Jews in popular media have often been created at least in part by Jews and reflect assumptions that many Jews hold about Judaism as a kind of sprinkling of flavor, attitude, and culture on American life. Even creators who are themselves from deeply rooted Jewish households might strip some of that specificity away as they craft their characters and stories.  In part, this is possible because of a kind of ubiquity often enjoyed or perceived to be enjoyed by Jewish terms, especially Ashkenazi ones.  Many people who are not Jewish would understand the phrase “That’s not kosher.”  Not many outside of Muslim communities would know what haram means.

From another angle, when Billy Crystal led an audience in a recitation of Yiddish-sounding gibberish it received glowing reviews from many inside and outside the Jewish community. It is hard to imagine Kumail Nanjaini faking Urdu in a similar setting and being lauded for it by anyone.

There should be more moments and more stories that, like Ms. Marvel normalize and educate about the deeper reaches of Jewishness, especially outwardly devout Jews who often only are represented in depth as problematic or benighted.  These deeper portrayals by and from people with substantive stories to tell would thicken the depiction of Jewish life even as stories like Moon Knight might continue to meaningfully reflect Judaism’s less visible role in the lives of many Jews.

Ms. Marvel is an example of how to tell a story with confident representation whether set in a neighborhood like the Khans’ in Jersey City or set in a Jewish neighborhood that Marc Spector has never found himself.  As more stories are told, more universes continue to expand.  Just like ours does.